Weekend Wrap: Milestones for Bochy and Longoria in Sweep of Athletics 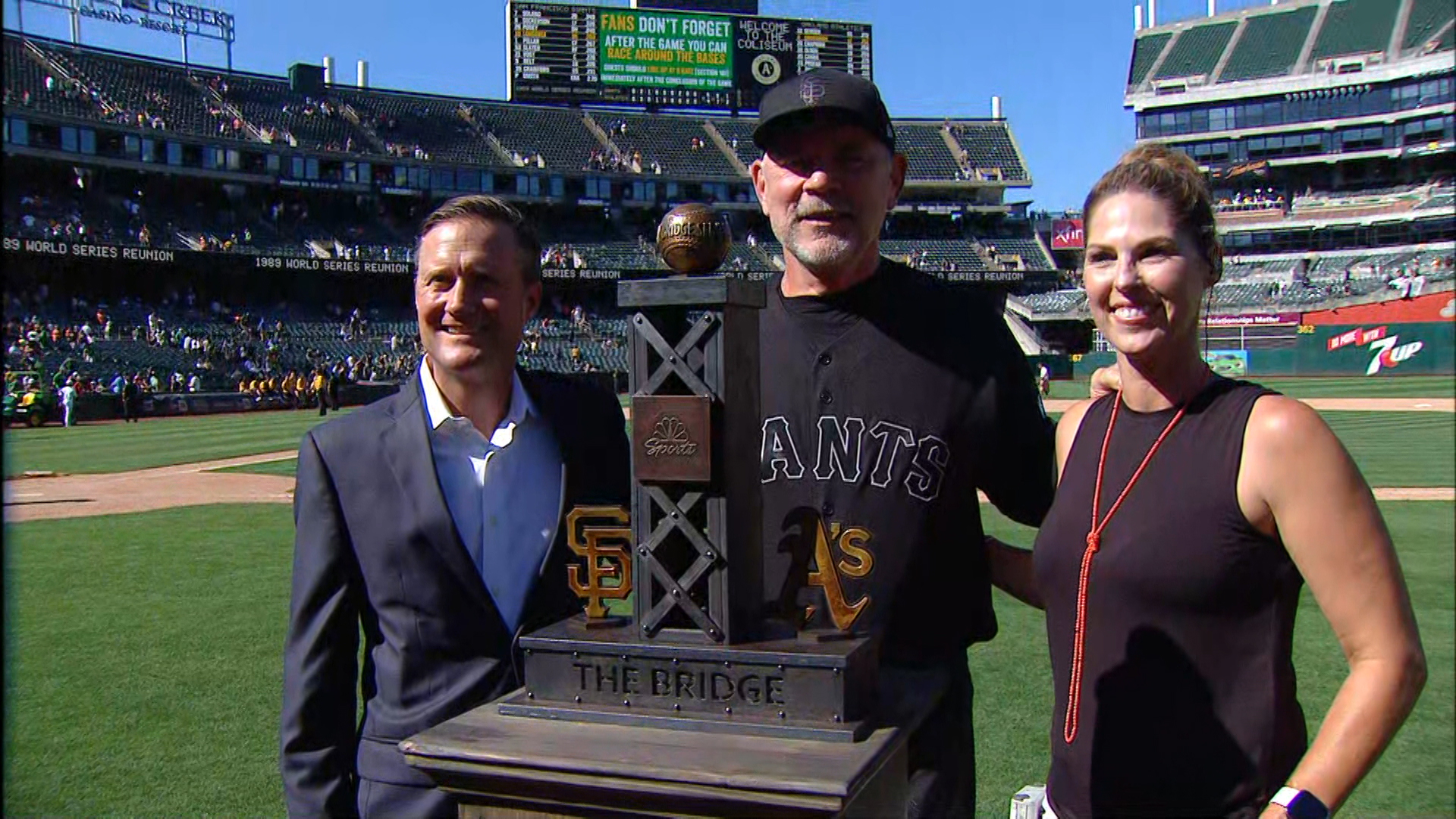 This was a weekend of milestones for the Giants. Evan Longoria drove in his 1000th run in yesterday’s thrilling win over the A’s. That game was also the 400th game of Bruce Bochy’s managerial career. It took Madison Bumgarner to remind the Giants skipper when he walked into his office Saturday and told him: “You’re old.”

Evan Longoria collected his 1,000th RBI in Bruce Bochy’s 4,000th game, and there is a reason the manager keeps faith in his veterans. So many have kept the faith in him. https://t.co/9Kk1hgTPcK

The Giants won both games of the series in Oakland this weekend thanks to some big hits. In Friday’s game the Giants dropped an eight-spot in the top of the eight with Steven Vogt’s three-run bomb adding an exclamation point to the festivities.

With yesterday’s win, thanks in large part to Evan Longoria’s three ribeyes, including his clutch two-out, two-run single in the top of the seventh when the Giants were trailing 4-3, the Giants re-attained .500 and fantasies of an epic stretch drive to the Wild Card Game.

I’ve written many times about the horrible Player’s Weekend and special uniforms MLB makes teams wear on holidays like Memorial Day the past couple years. This weekend’s fashion freak show takes the cake.

I intentionally chose not to watch any games because of this travesty. Instead I turned on the radio..

It seems I’m in good company:

“Woof,” Joe Maddon said when asked about the Cubs’ all-white Players’ Weekend uniforms. “I’d just like to know who said this was a good idea.”

Here are some more opinions on the uniforms:

It’s one thing to want to make money and make players wear different uniforms but when you go crazy and outlandish to this extent you attack the integrity of the game itself and alienate your core audience (people like you and I). In its transparent attempt to make baseball fun and more appealing to younger people MLB has once again veered way off course. I could go on and on but I have better things to do.

This has to stop. It’s a disgrace and it’s hurting the game.

Notice I said “Phenomenon” and not “Problem” or “Issues” or “Nightmare” regarding the Giants starting rotation. It’s a work in progress. Yesterday Logan Webb had his ups and downs. The Athletics are a seriously good hitting team, as in, leading the Majors in many offensive categories good so let’s not draw too much from one iffy outing, the second of Logan’s career. With the decision to let Tyler Beede start tonight the Giants braintrust had basically resigned itself to letting the young righty work out his problems on the big stage, all of which means our GM and Skipper are conceding that this is a .500 team and not going anywhere. I am ok with this decision since there are not many other options and the Giants need to learn what they have in Misters Beede, Anderson and D-Rod now, rather than later, so they can make plans for 2020 and the Joey Bart Era.

Johnny Cueto should be back in two weeks.