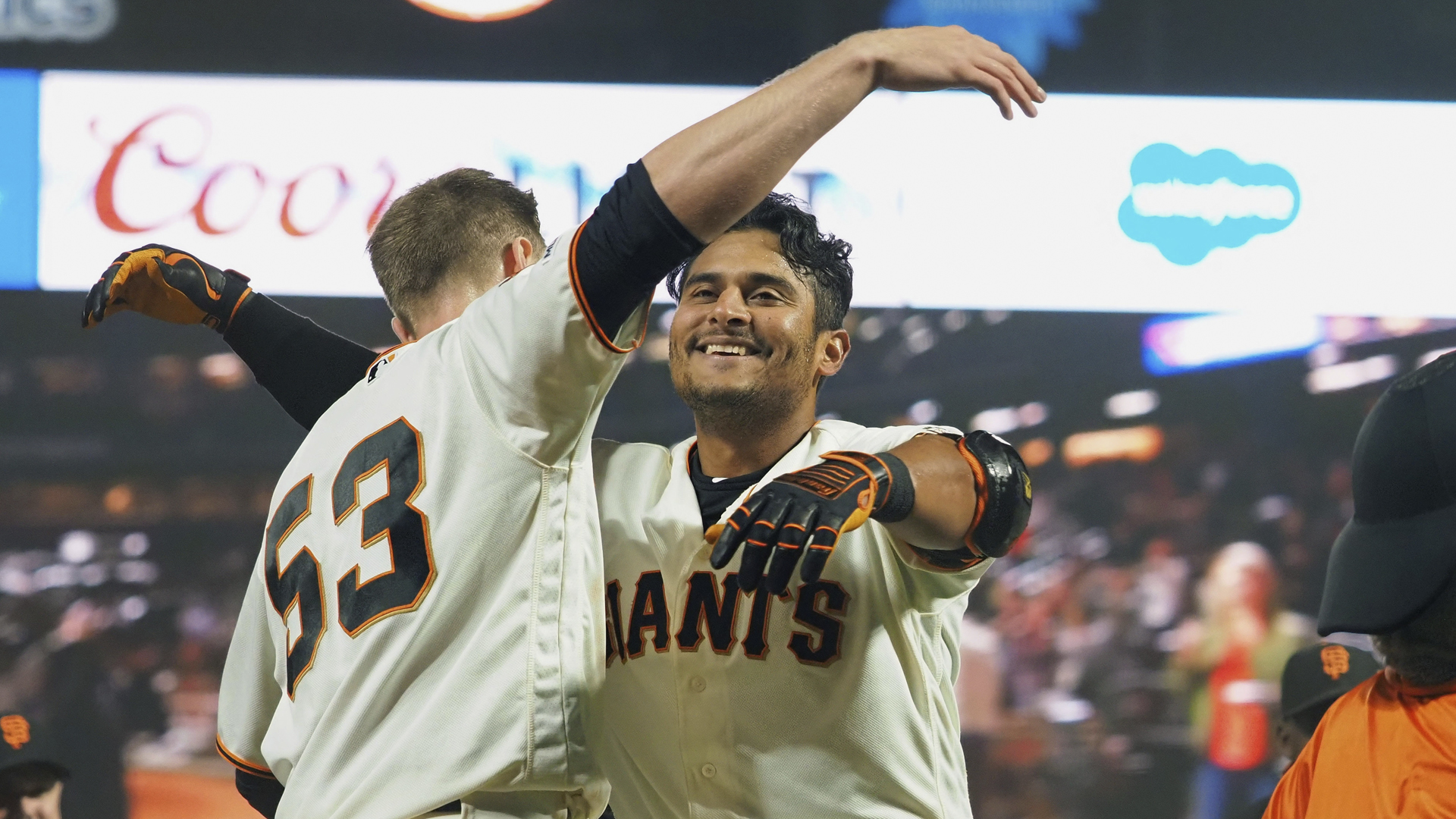 When Madison Bumgarner was asked by a reporter about a potential trade and this game perhaps being his last as a Giant, he replied:

“I’m trying to win games for the Giants,” he said. “We’re trying to get to the postseason and we’re making a push. We’re coming.”

If this game were a Russian novel it would be War and Peace. It had everything. It was, Mike Krukow as Mike Krukow proclaimed, “An amazing baseball game.” It was a amazing for so many reasons, not least of which is Madison Bumgarner’s performance: nine innings pitched, one run, six strikeouts, one walk and five hits with only 94 pitches thrown. MadBum could easily have gone ten or eleven in this contest of wills and aces.

Noah Syndergaard was nearly as dominant. It was a wonder any runs were scored at all with the two aces pitching like it was a postseason game.

There were many heroes for the Giants.

The Giants bullpen courageously matched the Mets bullpen zero for zero after playing, and winning four games in three days in Denver.

The Mets would break through on rookie Williams “Abe” Jerez when Pete Alonso slammed a long home run on a low fastball in the top of the sixteenth inning. It was a bomb and most fans though it was also the ballgame.

But in the bottom of the sixteenth an amazing sequence of magic and hitting took place. After looking dormant and fatigued throughout practically the entire ballgame, the Giants bats came alive. The comeback started with a looping double down the line in right field by Alex Dickerson. In a fascinating play and an example of the nuances of baseball, Mets right fielder Dominic Smith nearly threw out Alex Dickerson at second. The play was ultra close because Smith was playing so deep guarding against doubles. He was able to get to the ball very quickly and make a strong throw. It took every bit of effort for Dickerson to beat the throw on what looked like a routine double. If he’s thrown out it it’s probably the ball game.

Instead the Giants had new life with a leadoff two-bagger.

Then Brandon Crawford had the at-bat of the season for my money. The Giant shortstop fouled of an array of nail-biting sliders and fastballs, two of which were off the plate, all on 3-2 counts. Any thought of Craw bunting was dashed because the Giants had no more bench players and would have sent a pitcher to bat in a crucial situation a few batters after Crawford.

BCraw smoked a one-hop double down the line in left field that scored Dickerson and the chants of “Dick, Dick, Dick!” rang out in the dugout. Suddenly the yard was buzzing. The seagulls stopped swirling aimlessly and paid attention to the game.

There was a new suspense in the air and the Giants found new life to save their winning streak.

Austin Slater was hit by a pitch. Kevin Pillar then hit a rope to left for a single. Because the ball was lined at about eye-level Craw had to freeze to make sure it went through the infield. The result gave the Giants the bases load with nobody out.

Up came Donovan Solano, newly Christened “Donnie Baseball” by his teammates. The Mets pulled in an outfielder to load their infield. It would not matter. Solano smoked the second pitch he saw past Pete Alonso at first and the Giants won an unforgettable game for their sixth victory in a row.

The Giants are now one game under .500 and only two back in the Wild Card.

So hard not to be a part of what this @SFGiants group is doing right now! Really fun to watch! Reason #1 I try never to take my job for granted. #believe #allin #onemoretime #webelieve

This was a special night and a victory that could propel the Giants to new heights the rest of the way.

After giving up a run in the top of the 16th inning, the #SFGiants scored 2 runs to win the game. This was the first time the Giants have won a game after trailing in the 16th inning or later since September 1, 1958. Yes, 1958 😮 pic.twitter.com/WnxRXfcg1A