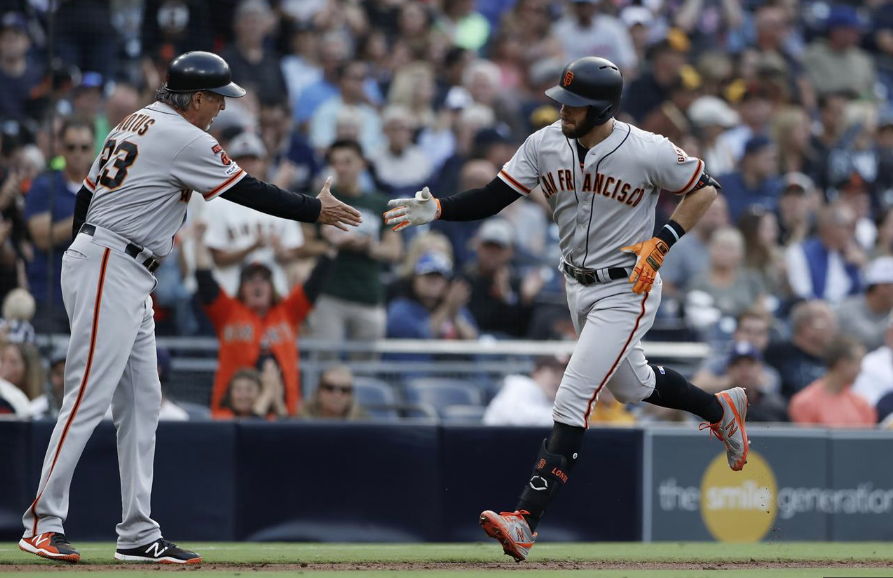 Is this really the same team that scored five runs in the first three games at Petco to start the season? Well… No, actually. Donovan Solano has played very well and has contributed at the plate since being called up. Conor Joe is gone. Michael Reed is gone. Mike Yastrzemski has become a very dependable player with various skills and an old-school baseball demeanor, with baseball sense to match. Tyler Beede is in the rotation pitching well. Same with Shaun Anderson, despite an uneven and somewhat unfortunate performance last night.

Farhan Zaidi has made a zillion roster moves mixing and matching the pieces on a chess board he is able to acquire and dump around the core of veterans with unmovable contracts and championship pedigrees to match. Some of those moves failed. Some have been working. It may be that new young blood has added a little spice and motivation to a veteran-laden team that suddenly has rediscovered its hitting mojo.

Remember Evan Longoria? He of the falling off a cliff career who looked like he enjoyed playing in San Francisco about as much as a former certain press secretary liked to give press briefings…

The Giants came back twice to win an up and down game and have suddenly become the 2019 Yankees, winning four in a row and getting us all talking about Wild Card leads and scoreboard watching here in early July!

Baseball is fun again and if the Giants can hit a lick, as I have said many times before, they may yet provides us with a few more winning moments than losing ones.