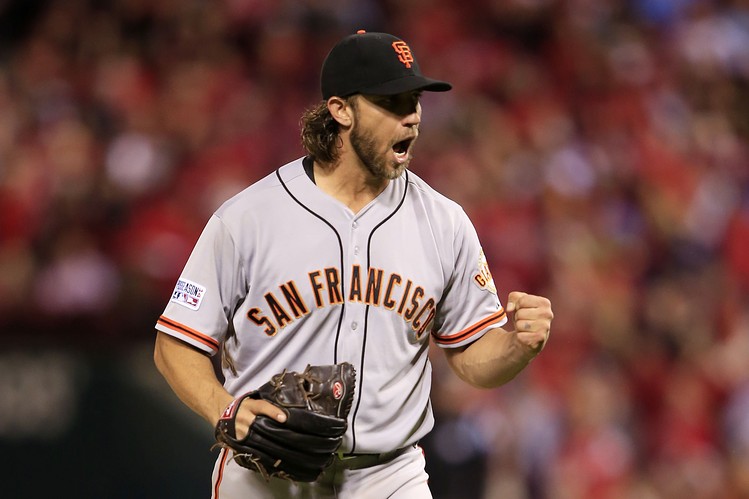 I have never been one to get too excited about MLB drafts. There are many reasons for my sentiments but the main issue I have with draft hoopla is this: Baseball is a bloody difficult sport and because of that, it is so hard to predict success when it comes to individual players at the age of 18, 19 or 20. There have been more draft misses historically, than hits, if you look at the history of first round picks. Heck, even Buster Posey was passed up by the Tampa Bay Rays!

Last night the Giants completed their draft picks and the results, according to the Social Media Giants Nation appear to range from “meh” to “what the..”

They took four pitchers, including Patrick Bailey’s battery mate, Nick Swiney, a LHP from NC State. Swiney is the compensatory pick the Giants received when MadBum walked. So… the result is, the Giants acquired a giant question mark in Swiney for a living legend who still has more than few good years left in his arm. Now, I am not saying Nick Swiney might not help the Giants win another World Series.. you just never know. However, what I am saying is I do not like the chances of this happening.

Should Bumgarner have been traded? Should the Giants have found a way to reign in their rodeo-loving bronco bustin’ big guy? Was that even possible? Someday Sabean or Bumgarner will write a book and we will know more…

Getting back to the draft…

There seem to be many complaints about average stuff for Ryan Murphy and questionable choices in terms of organizational need. My take is simple, there is no reasonable way to judge this or any draft until at least two years later. With this said, I really, really, really want Farhan Zaidi, and the Giants to succeed and I basically ignore all the Internet and expert chatter.

With the 85th pick in the 2020 #MLBDraft, the #SFGiants select: Kyle Harrison, LHP from De La Salle High School pic.twitter.com/yPkXKJ4uAS

P.S. If you are wondering why there is a photo of Madison Bumgarner at the top of this post it’s because I am still bitter…