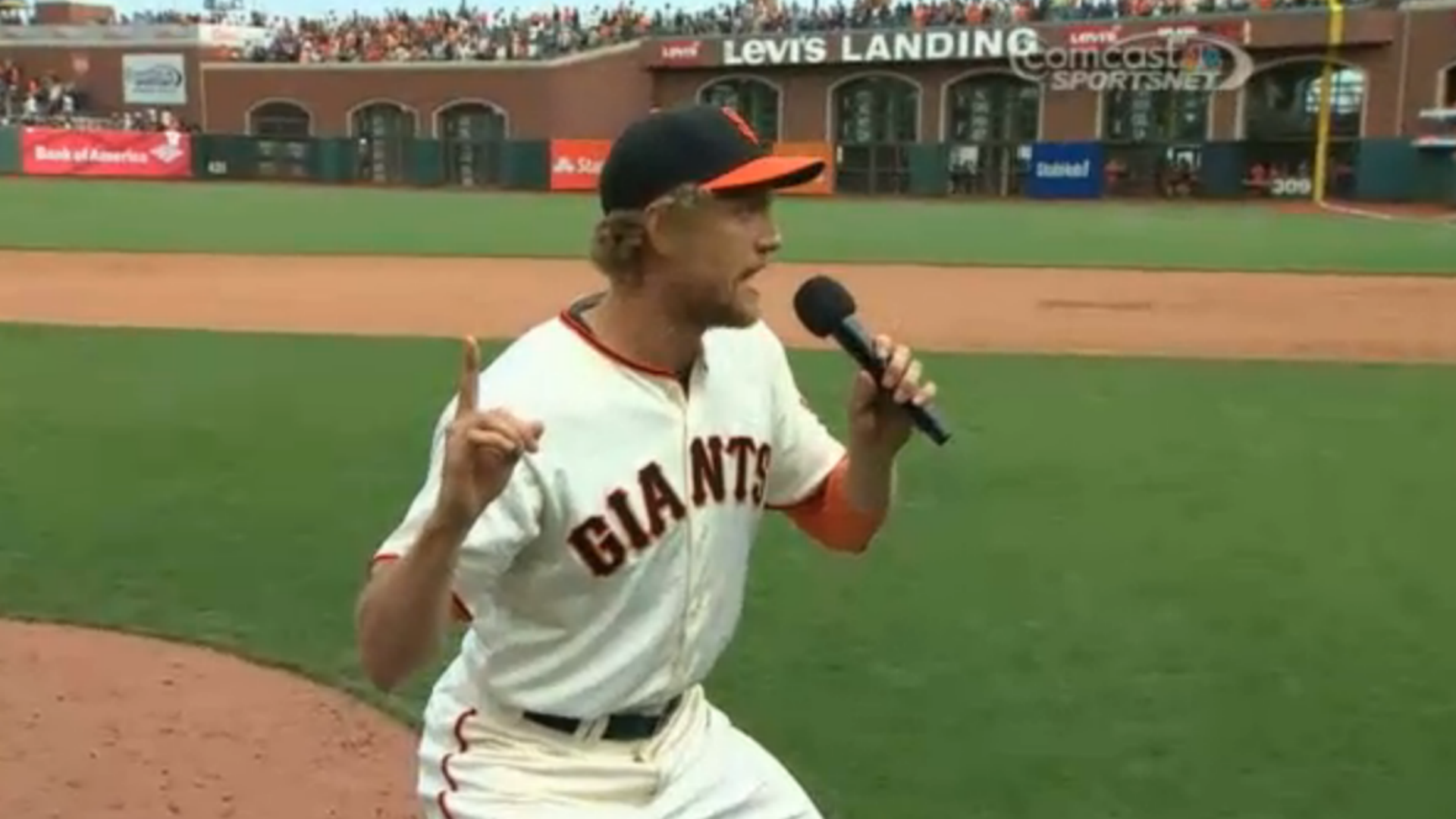 When Hunter Pence was releases by the Giants earlier this season it came as a bit of a surprise to me. Even though the veteran was struggling in a major way at the plate this year I thought the Giants would keep him on the roster as a kind of mentor and coach. I was wrong. Hunter Pence later announced his retirement with a very moving Tweet:

Nothing can really prepare you for this part of your career when you have to say: I am retiring from baseball.

Chris Haft at MLB.com has a nice article about Pence and his Giant years.

Hunter Pence is an amazing athlete with speed, power and baseball smarts. But what made him such a great Giant was his heart and his desire to win and play hard on ever pitch. I loved watching Pence run out a routine ground ball. With every routine grounder or pop up he ran like his life depended on it. Who could forget his crazy hitting mechanics? By far the weirdest swing in baseball. Watching him on the on-deck circle prepare for an at-bat was like watching Sean Connery prepare for his first judo match in You Only Live Twice: weird but eerily interesting.

My favorite Hunter Pence moment is the “Yes, Yes, Yes” speech at the end of the 2012 season:

My second-favorite Hunter Pence Moment is his locker room speech before Game 3 of the 2012 NLDS in Cincinnatti. If you recall, the Giants lost the first two games to the Reds at home in dis-spiriting fashion and looked dead in the water in that series. They came back to win the series and another ring. Tim Flannery later posted excerpts of Pence’s speech before the game. Here is one section:

“The Reverend Hunter Pence: “get in here, everyone get in here … look into each other eyes..now! look into each others eyes, I want one more day with you, it’s the most fun, the best team I have ever been on, and no matter what happens we must not give in, we owe it to each other, play for each other, I need one more day with you guys, I need to see what [Ryan] Theriot will wear tomorrow, I want to play defense behind [Ryan] Vogelsong because he’s never been to the playoffs..play for each other not yourself, win each moment, win each inning, it’s all we have left.”

Here is the statement from Hunter Pence’s video:

I love to play baseball. And I cherished every day, every teammate, every victory, and every defeat, along with the lessons that came with them. Nothing can really prepare you for this part of your career, when you have to say, “I am retiring from baseball.” I’ve given it everything I possibly can, and the game has given back to me tenfold.

Thank you to all of my teammates, all the coaches and staff, and all the people behind the scenes. It took everything, and everyone, to help me be the player I was; there’s no way I could have done it without that support. To the fans: thank you for your unwavering passion and support, no matter where I was. The love that you have shown me every step of the way has left a lasting mark on me; boy, did we celebrate those highs. Your love will always hold a special place in my heart. To my wife Alexis, and my family, I sincerely thank you for being there and supporting me. All the ups and downs, all the moving, all of the packing, and putting up with all of the challenges supporting this amazing but wild journey.

I’m looking forward to being a Giants fan now. After every Giants win we’re lucky enough to hear “I Left My Heart in San Francisco;” know that my heart will always be in San Francisco.

Be safe, be healthy. Only love. Thank you.

Remember all those funny Hunter Pence signs? What other athlete could inspire a nation (and New Yorkers!) to such fun and light-hearted ribbing? My personal favorite: “Hunter Pence reads the iTunes terms and conditions for fun.”

Hunter Pence was so extraordinary that he had two nicknames: “The Reverend” and “Full Throttle.”

Hunter Pence, you will never be forgotten.