Attack of the “Giant Killer” 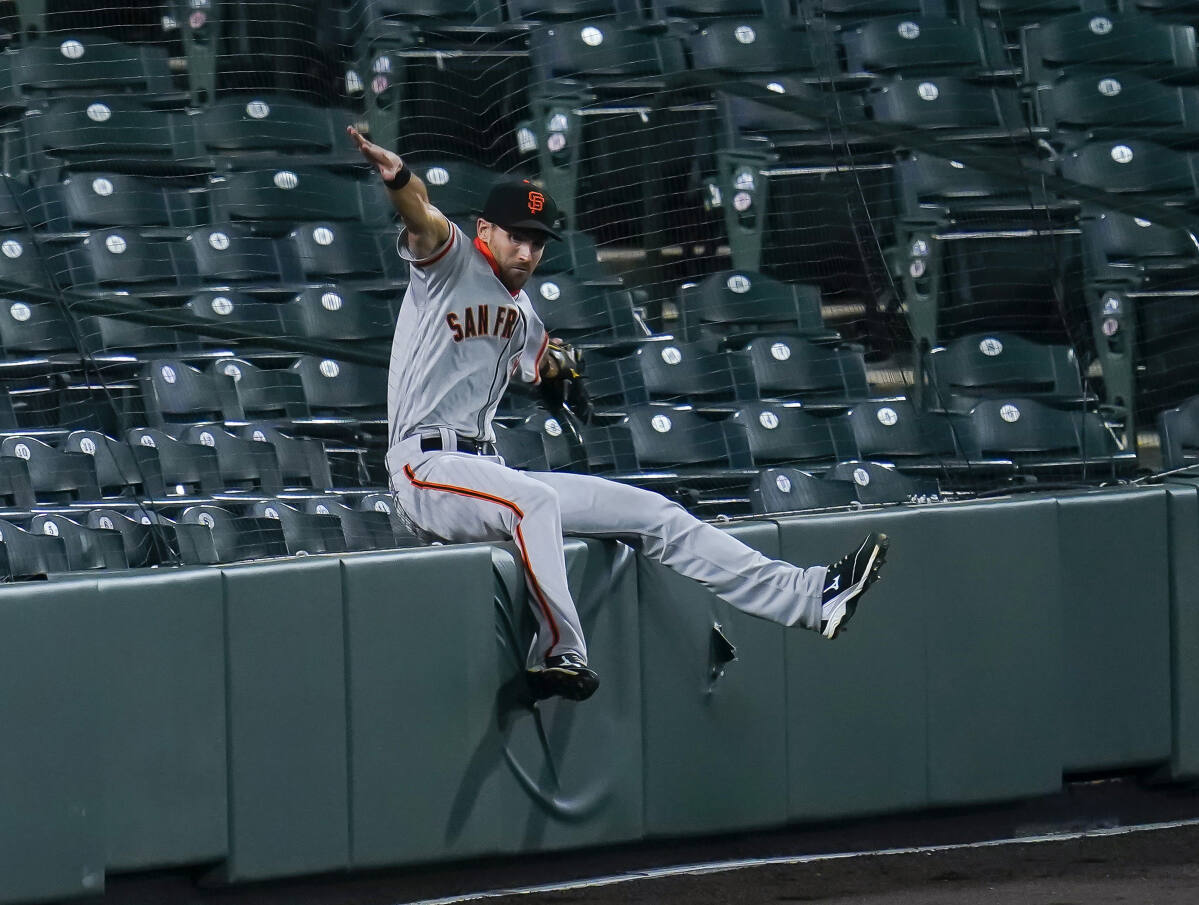 In yesterday’s 5-2 loss to the Rockies the Giants had more errors (3) than runs (2). It was a game that was not as close as the score indicated. A three-run loss in Coors Field is like a one-run loss in any other park. German Marquez was just too good for the Giant bats. Kevin Gausman was not too good or even good, conversely.. And there you have hit.

“Giant Kiler” (the nickname bestowed by Gabe Kapler) Nolan Arenado hit his 30th career long ball against the Giants last night. It was a wall-scraper but it counted. It is the most home runs any Rocky has ever hit against the Giants. Trailing 3-zip the Giants thought they tied the game on a homer by Steven Duggar with two on. Unfortunately, the hit was ruled a double after replays showed it deflected off the top of the wall and bounced back into the park. Two runs scored but Duggar would be stranded on third.

The call by Duane Kuiper was cute:

This is the greatest home run call of all time even though it wasn’t a homer. pic.twitter.com/XzOgNCueez

That was the ballgame.

The Giants now lead the Majors in errors.

Kevin Gausman, a local boy, made his debut at Coors last night. It did not quite go as planned.