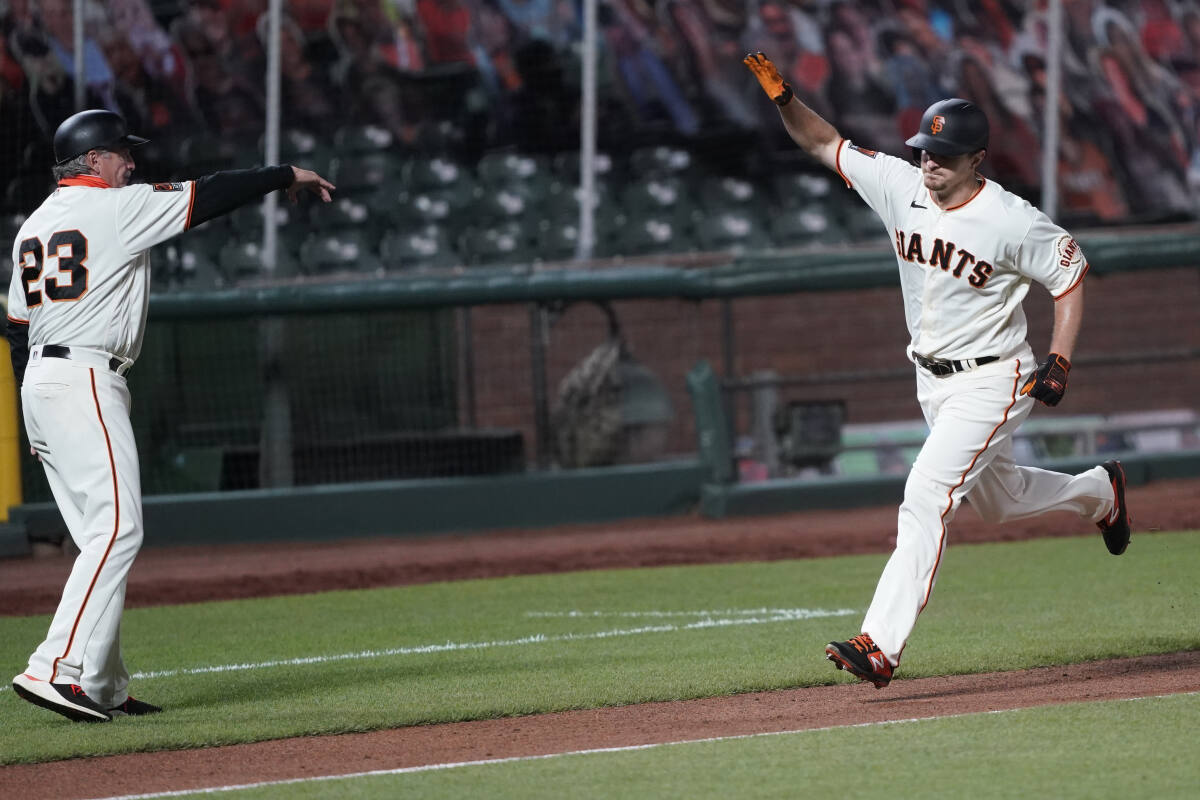 I had many other, raunchier ideas for today’s headline but many women and children read this blog so I exercised better judgement. That’s more than I can say for many commentators on this blog when it comes to referring to Alex Dickerson, by the way… Last night, the new dad hit a go-ahead pinch-hit homer to center field to propel the Giants to a huge 5-2 win after a disappointing loss the previous night. The Giants have been a very good bounce back team this year. The home run was Dickerson’s second straight since returning from paternity leave.

Brandon Belt had two runs batted in thanks to a pinch-hit double and Austin Slater hit his first carer leadoff homer to give the Giants an early lead. Slater would have another hit and three walks in the game. He would also score two runs. This is the kind of leadoff production the Giants have been looking for since around the time Angel Pagan was hitting walk-off inside-the-parkers in 2013…

Drew Smyly started the game and pitched 5 1/3 innings allowing only one run. Tyler Rogers recorded one out in the last out of the top of the seventh to be the pitcher of the record when the Giants went ahead thanks to the heroics of Mr. Dickerson. That meant he got the win. Oh the life of a middle reliever in baseball!

With the win the Giants are now 27-27 and half a game behind the Brewers and Reds for the 8th Wild Card spot. The teams have the same record but the Giants are behind in the tiebreaker formulation. Here are the full current MLB postseason/wild card standings.