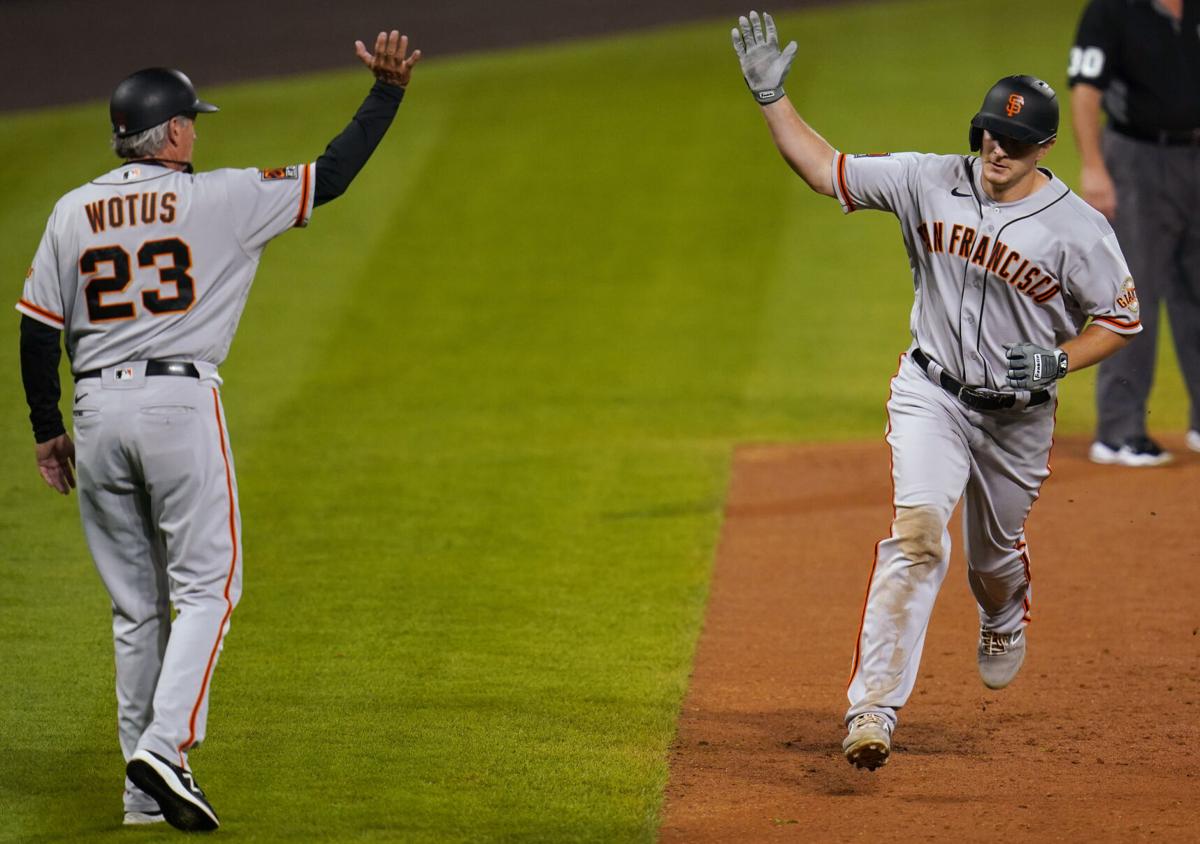 Brandon Crawford on the Dick chants tonight: “After the third homer the chants in the dugout weren’t quite as enthusiastic. It was like, okay, another homer, cool.”

Well… Ok. I was going to write an in-depth and highly analytical piece about the Giants trade deadline (in)activity but then Alex Dickerson happened. Last night the Giants became the first team in Major League Baseball history to have three players in the same game drive in six runs or more. Alex Dickerson went 5-6 with three bombs and six ribeyes. Donovan Solano and Brandon Crawford were the other two hitters to get six runners home. Suddenly the Giants are looking like the ’27 Yankees again.

Last night the Giants mashed the Rockies 23-5. Yes, 23-5. When I woke up to check the score I thought someone hacked the MLB At Bat app so I double-checked TWG…

Brandon Crawford is hot. Donovan Solano is back on track. Joey Bart had three hits. There were many heroics and heroes last night for the Giants. Kevin Gausman earned the win going five and allowing two runs. The Giants are now 18-19 and en fuego, winners of ten of their last thirteen games. They simply refuse to read the memo that they are supposed to be a bad team.

“I don’t think I’ve seen that many barreled balls from one guy in one game before.”

The Giants now lead the Majors in hits and are third in runs scored! Wait! What?

After two seasons of league-bottom hitting in nearly every category, the Giants are a completely new identity at the plate. Hats must be tipped to the new batting coaches and regime. I do not know what else to say and I would be very interested to hear the players talk about this surge in run production considering the roster is not that different from last season.

And here you go:

Crawford made a point of crediting them tonight. Said they’re doing a great job not just in the cage, but also in game-planning pitchers. These coaches are working their asses off. Remember, they had a lot to prove. Their hiring was ridiculed. #SFGiants https://t.co/6ghHGUk4n5