Giants to Zaidi: “Tank This!” 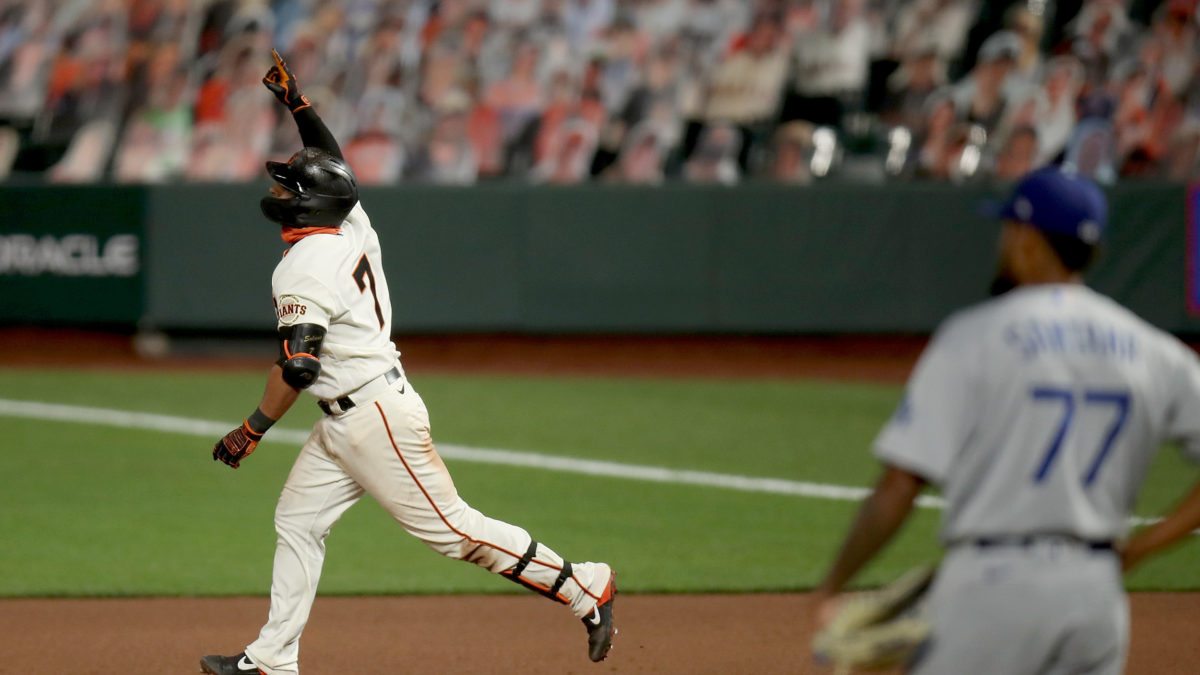 Ok, this is getting serious. Last night the Giants won one of the wildest games in recent memory, coming from behind twice in extra innings. There were many heroes, including Donnie Barrels, whose game-winning two-run bomb in the bottom of the 11th sent 5,766 cardboard cutout fans home happy and gave the Giants a 10-8 victory of epic proportions.

The homer came with two outs and after Evan Longoria tied the game with a single.

BB9 extended his on base streak to 11 straight at bats, hit two homers along with an RBI double, and went 4-5. Rumors of his demise have been greatly exaggerated, as they say…

This was one of those games that will be remembered for a long time. With the win, the Giants 7th in a row, the season has taken a rather sudden and dramatic turn towards intrigue. The Giants are actually in the postseason hunt with less than half the season left.

The Dodgers have lost nine games this season with four of them coming to the Giants. The Bums also blew three saves in one game for the first time ever in their franchise.

Remember when this was supposed to be a lost season and we we Giants fans were asked to grin and bear the blown saves, the woeful hitting, the poor defense and so forth?

In a replay of the movie Major League, the Giants forgot they were supposed to be bad.

Put that in your tank pipe and smoke it!