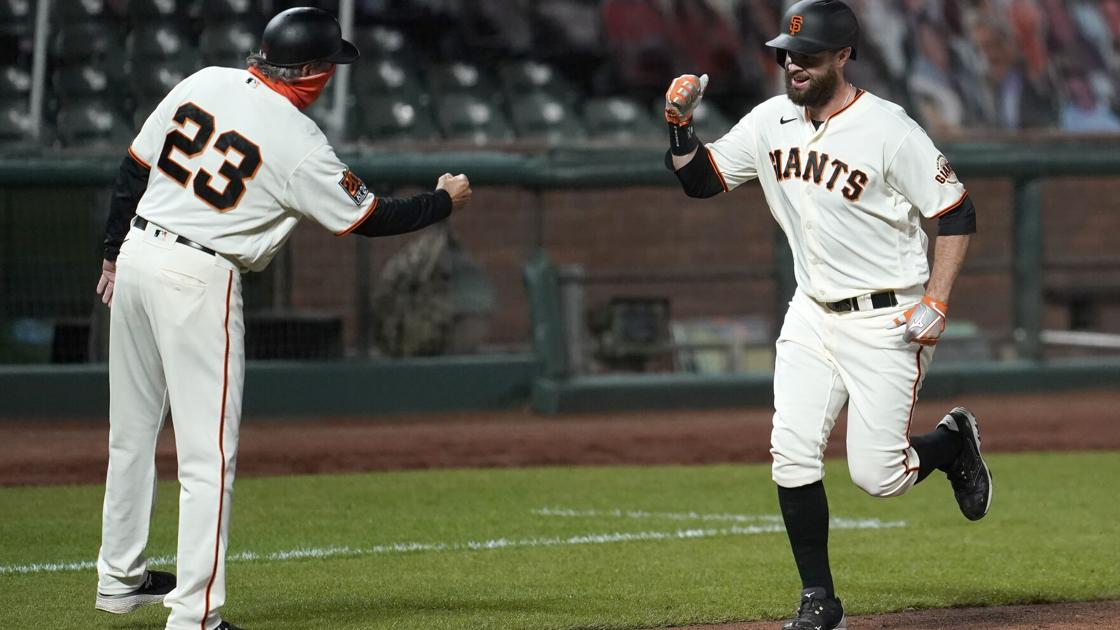 The Giants played long ball again to smash the Mariners 9-3 at Willie Mays Field. The Giants were technically the visiting team since this game and today’s contest were moved to San Francisco from Seattle thanks to the poor air quality. In a nice touch, the San Franciscans got to wear their beautiful French Vanilla home uniforms regardless.

Brandon Belt, Evan Longoria and Brandon Crawford all hit long, no-doubter homers to propel the Giants and keep their slugging momentum operating in Fifth Gear. BB9 hit his blast at least 430 feet over the center field wall on a low curve ball. BB9 is having a great year. BCraw is also having a fine year and enough cannot be said about how the new regime of coaches, Manager, and GM have thoroughly transformed the way the Giants vets are hitting and approaching their at bats. It may help a bit, but only a bit, that the walls at Willie Mays Field have been lowered and moved closer to home plate this season.

Alex Dickerson had three hits as did Crawford. Donnie Barrels went 2-5 and raised his average to a slick .351. The Giants bullpen was outstanding last night, shutting out the Mariners for the final 5 1/3 innings after Drew Smyly surrendered 3 runs in 3 2/3 innings.

Here is the dinger by Brandon Belt. Enjoy: