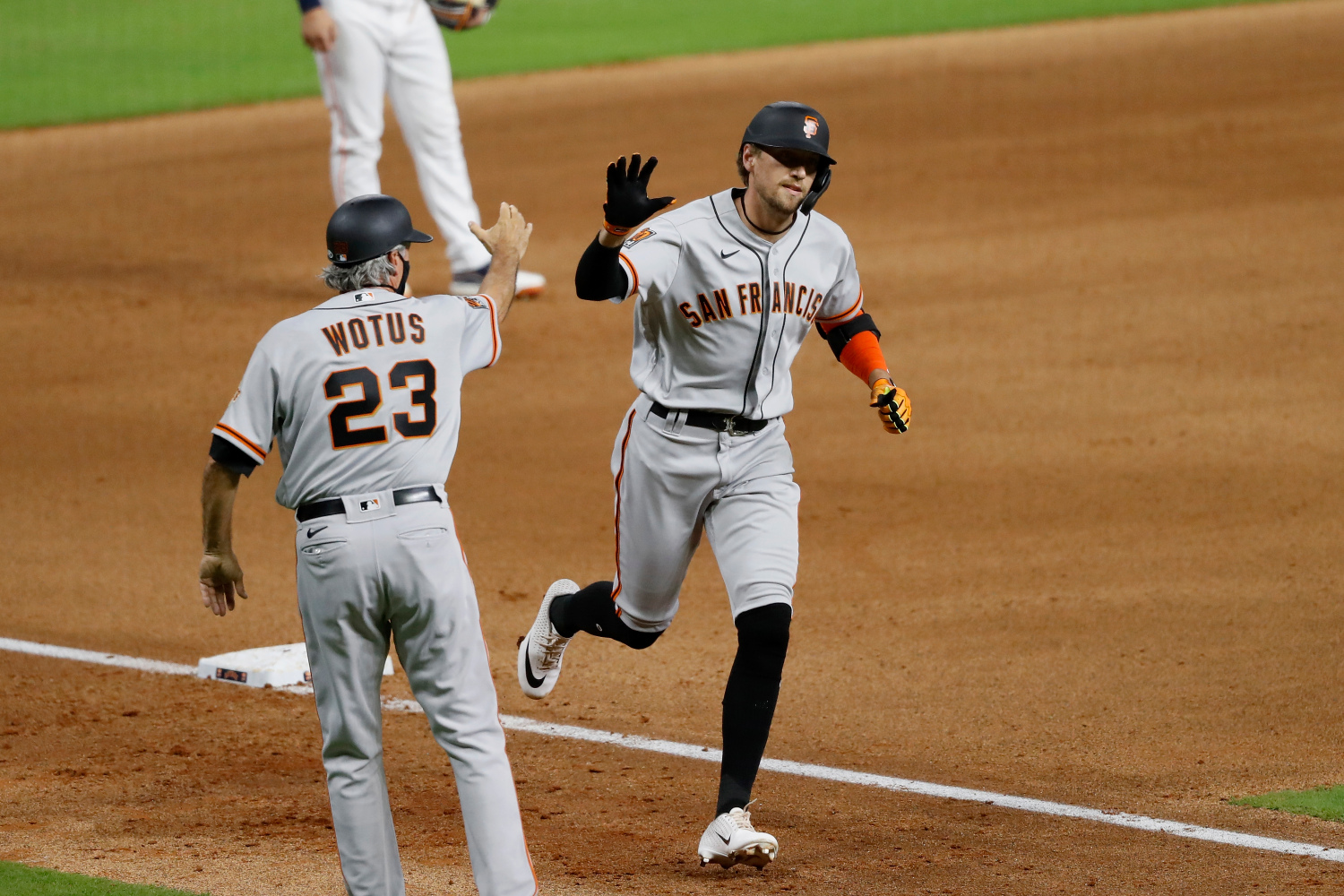 This is why you still watch Giants games. While our beloved San Francisco baseballers would likely be a 100-loss team in a full season, we tune in because we are addicts and well, because, we hope for games like last night’s thrilling 7-6 win over the Astros.
With his goofy swing, Hunter Pence did this with two runners on in the bottom of the 7th:

Brandon Crawford had the game-winner in the top of the tenth.