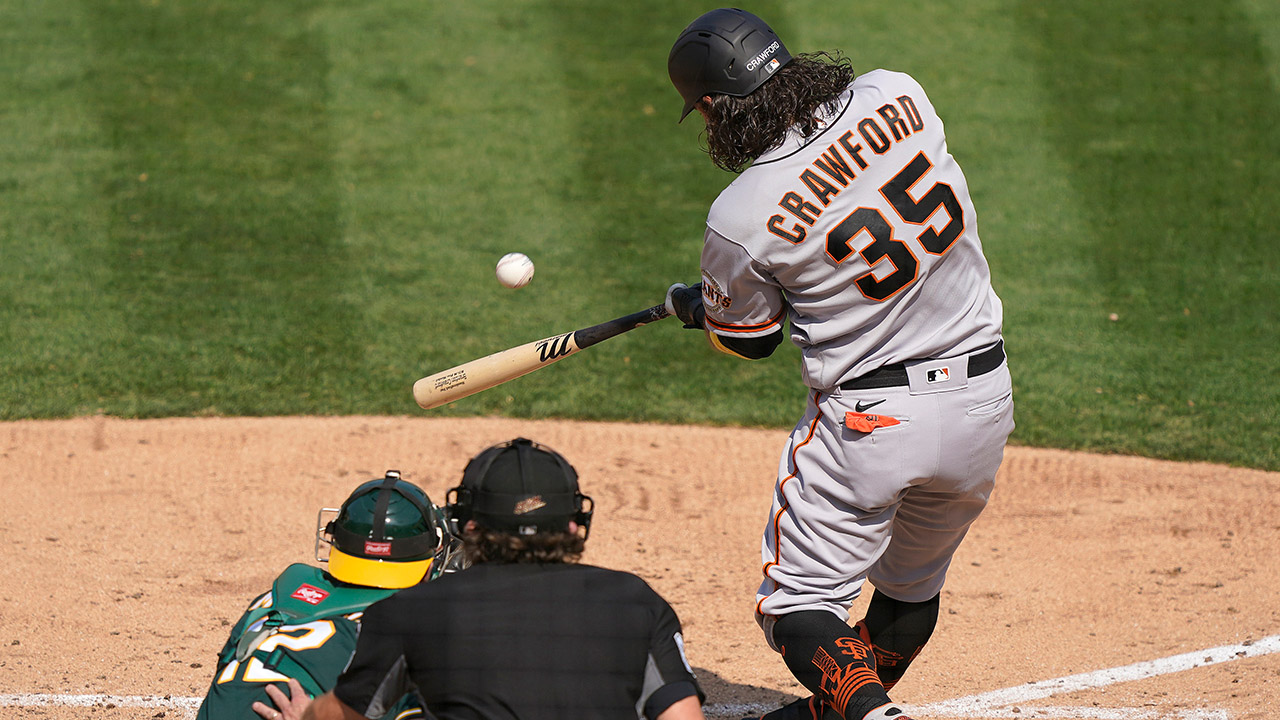 The Giants salvaged some dignity with a Sunday afternoon thrashing of the Oakland A’s, 14-2. The win came after two successive shutout losses at the hands of a very strong Oakland team. With the win, the Giants went back to .500 baseball at 26-26, and are right in the thick of the Wild Card hunt in the suddenly mediocre National League.

Brandon Crawford hit a grand slam, the fourth in his career. Chadwick Tromp and Darin Ruf hit two-run homers. The Giants jumped ahead 10-0 and cruised home with 15 hits in the game.

As for Brandon Crawford, remember when he was being called “over-the-hill”, “slow”, and “pizzookie?” Well, it seems rumors of the Giant shortstop’s demise have been greatly exaggerated. I think it safe to claim that this season has been a bit of a renaissance for the once and future gold-glover with a power bat. Maybe guys like Crawford, Belt and Longoria were not getting old. Maybe the changes at Manager, GM, and team culture were what needed to find the inspiration necessary for their talents to come back to life.

With regards to the Giants, it appears they know how to feast on league average or weak starting pitching, but have their issues with stronger staffs, hence their .500 record overall and 6-16 mark against teams with a winning percentage above .500. I won’t mention those ugly blown saves earlier in the season… It would just hurt too much…

Here is the BCraw Slam: