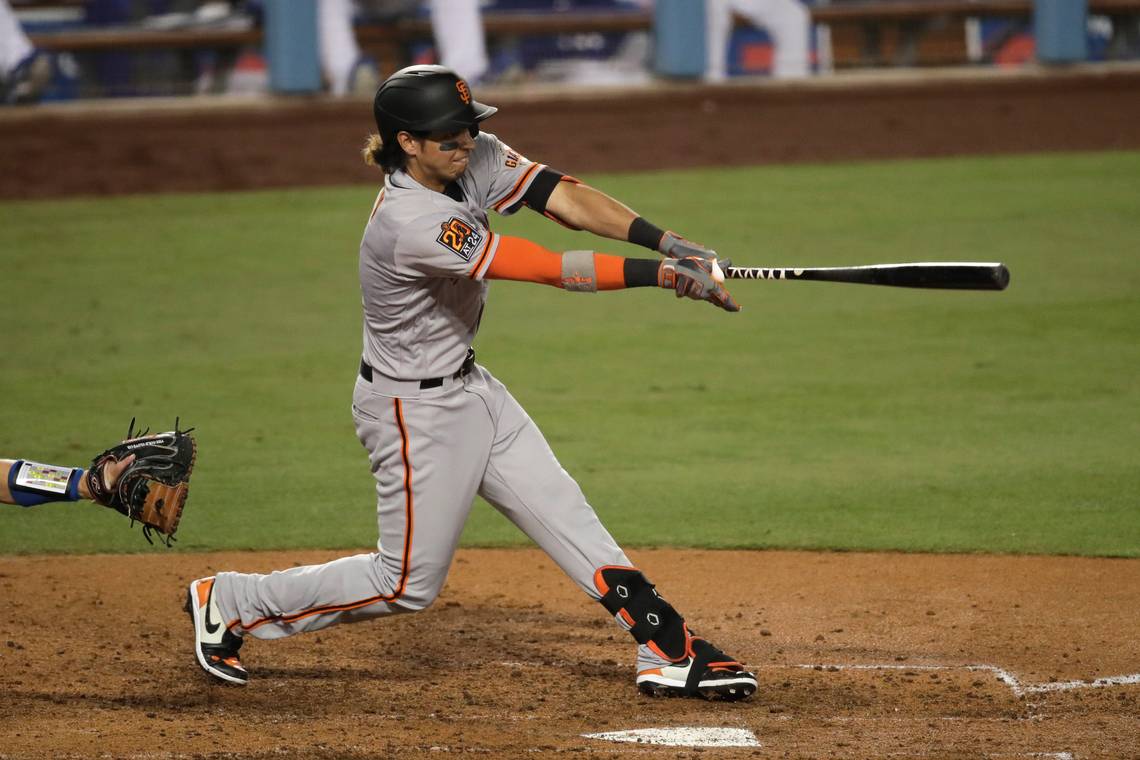 After the Giants got their collective asses handed to them in the first two games of the season and this series against the Dodgers a split felt a little like wishful thinking. Make no mistake, the difference in talent between the Dodgers and the Giants is simply grotesque. The Dodger lineup features one All Star after another. The first two games were not really that surprising when you consider the Giants roster, their neophyte Manager, Gabe Kapler just settling in and all the weird Corona Pandemic stuff.

Saturday the Giants held on for their first win of the season, a 5-4 victory that demonstrated why the Giants right-handed batting lineup appears to be stronger than the lefty platooners. Yesterday the Giants used seven pitchers to win 3-1 in a nine inning game. Drew Smyly started and went 3 1-3 innings allowing only a run.

Darin Ruf made a great catch in left field and had two hits while driving in a big run. Donovan Solano went 2-4 with a ribeye as well. Mauricio Dubon played Center Field and also went 2-4 with an RBI.

I do not want to rain on the victory parade but all the pitching changes, position changes and bush league tactics like not announcing a starting pitcher until just a couple hours before the first pitch, a tactic that Dave Roberts called out, I find kind of pathetic really. It is as if the Giants new regime is looking for every “perceivable” angle to get an edge at the expense of class and professionalism.

Consider me grossed out by my team’s management.

It is possible the Giants find magic in the season and win the Division and go to the postseason but so far I have to concur with Lefty about her criticisms concerning the handling of the roster (left field), the use of pitchers and the overall talent level considering the Giants are more than $50 million under the luxury tax threshold.

Sure this was a win but if winning means we have to end up becoming the San Francisco Dodgers then… well.. I am not for it. There are many ways to win and many ways to build a baseball team. I can think of at least five or six other franchises I would rather use as a model other than the Bums or the A’s. In fact, I would argue the Giants, as a premier and wealthy franchise, should not have to resort to aping other teams in bush league tactics on the road to winning a ball game.

7 Pitchers in a 9 inning game during the regular season in which which the opposition scored one run!

Jeff Samardzija was announced as the starter for Tuesday’s home opener.