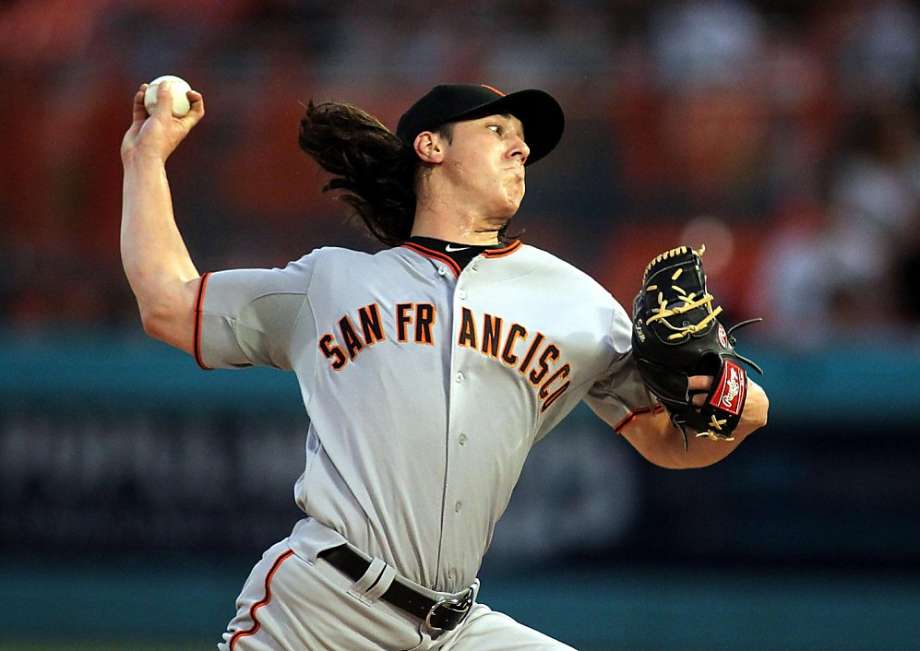 With the Corona Virus lockdown and no baseball I think it is a good time to re-live great games from the past. This series, called “Classic Games” will focus on regular season wins that were in some ways notable. The first in the series is a Giants 3-0 victory over the Marlins on August 13, 2011. It was a very steamy Saturday evening affair in Miami in the old Dolphins stadium that was converted for baseball. I was there and I remember it well.

It was the last sporting event I attended with my mother before her illness. She is still a big Tim Lincecum fan!

If you recall, the 2011 Giants had a historically good pitching staff. Despite the horrific loss of Buster Posey earlier in the season, the defending World Series Champs were still in the pennant race. The team was struggling to score runs but Matt Cain and Tim Lincecum were having Cy Young caliber seasons.

In this game, the Giants scored their first run on a first inning homer by Jeff Keppinger. Remember him? Keppinger’s homer made it 21 solo blasts in a row for the Giants, a Major League record that Bruce Bochy joked about:

“We’re going to set a record that can never be broken,” Bochy said with a smile. “We’re on the relentless pursuit of solo home runs right now. But you know what? I’ll take them.”

As I said, it was a steamy night but Tim Lincecum was dominant. His fastball was very strong and his change up was just devastating. The Marlins had no chance in this game. I remember Lincecum’s jersey being so completely soaked in the first inning alone. He must have worn four or five in his seven shutout innings of work in which he allowed only two hits and recorded ten strikeouts. Jeremy Affeldt worked a 1,2,3 eighth with Brian Wilson getting his 35th save in 39 chances with one inning of work in the ninth.

Timmy was leading the National League with a 2.58 ERA after this start. The baseball journalists were talking Cy Young talk again for The Freak…

The Linescore and Box Score are courtesy of ESPN