The Giants 1978 Uniforms: A Stylish Trio of Groovy Pullovers 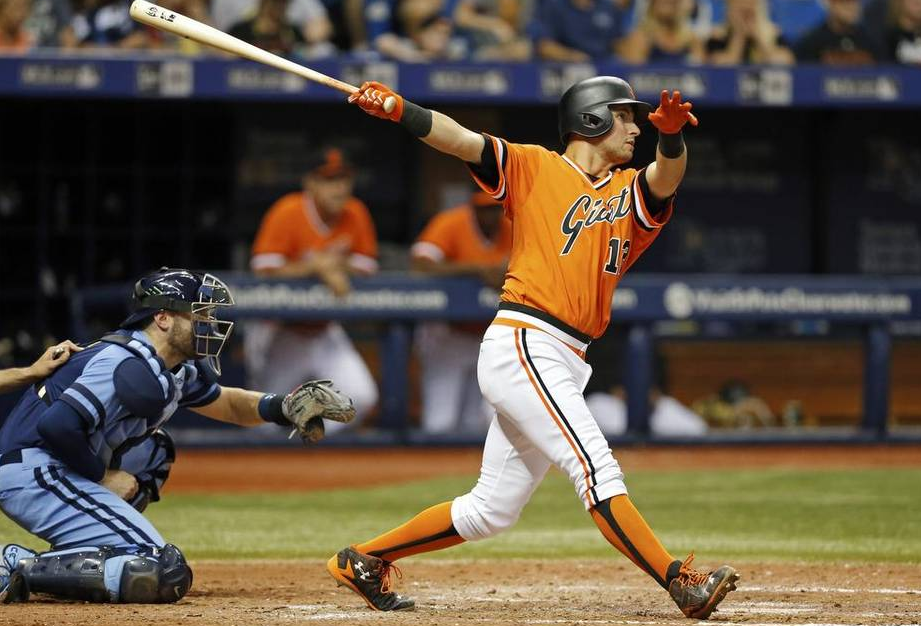 This is the first in a series of posts about Giants aesthetics (visual analyses). I like the word “aesthetics” because it means so many things. It is a difficult word to pin down and it is a holdover from my other life as an art critic. Basically, aesthetics are the emotional, intellectual and moral relationships and concepts associated with art (in the expanded sense of the term). Regarding the Giants, I wanted to create a new series of posts about the Giants look over the years. This means I will be analyzing everything from the evolution of Giants jerseys and caps to the idiosyncratic design tendencies of their programs, tickets and logos.

Today’s topic is the series of uniforms the Giants wore in 1978. Think Jack the Ripper Clark,  Johnny LeMaster and Larry Herndon. Willie McCovey was nearing the end of his career with the Giants that year. The 1970s were a fascinating time in baseball and in design. Uniforms were fabricated using heavyweight polyester. Note those awesome sideburns and large tri-colored trim on the sleeves.

It’s fascinating to see how cultural mores and design trends evolve over time according to the trends of a certain age. Remember all those horrible unforms with added black back in the 1990s? In the 1970s hip hop was not yet the big influencer in fashion. Sex appeal was more overt in athletics and pro sports, hence the tighter unis and more macho feel of the players. In the 1970s the All Star game was a serious and often contentious battle between the two leagues and players rarely socialized during games.

In 1978 the Giants used three jerseys (white, black, and orange) with the “Giants” script logo and uniform number on the front. The script logo made its debut in 1947 when the Giants were still in New York. The 1978 jerseys were of the pull-over variety. The orange version was worn with orange sanitary socks under the stirrups. In those days ballplayers wore their uniforms tightly to the body for a more aerodynamic approach to playing.

The team finished in third place, six games behind the Dodgers in the NL West. Their 89-73 record was promising and they came on strong in the second half. Jack Clark had the best season among Giants hitters with 25 homers and 98 RBIs, while Vida Blue went 18-10 with a 2.73 ERA. The starting pitching was strong: Bob Knepper, John Montefusco, Ed Halicki, Jim Barr and the aforementioned Blue. The complete stats are here.

I remember these years well. They were the first years I started watching baseball every day. The Giants brand evolved in many ways over the past century, from red, white and blue, to blue and white and then to orange and black. It seems the Giants always had a classic, dignified and appealing brand over the years. Even in the louder 1970s, their jerseys somehow made sense and were a great modernization of their old-school look.

Of course, this past season, the Giants brought back the 1978 orange jersey with white pants for road games against the Rays and Red Sox. It turns out I attended both games. Seeing those uniforms worn by Posey, Panik, Crawford, Bum and the rest of our current day heroes caused me to reflect back on my childhood in nostalgic fashion. Incidentally, the Giants went 1-1 in those games.