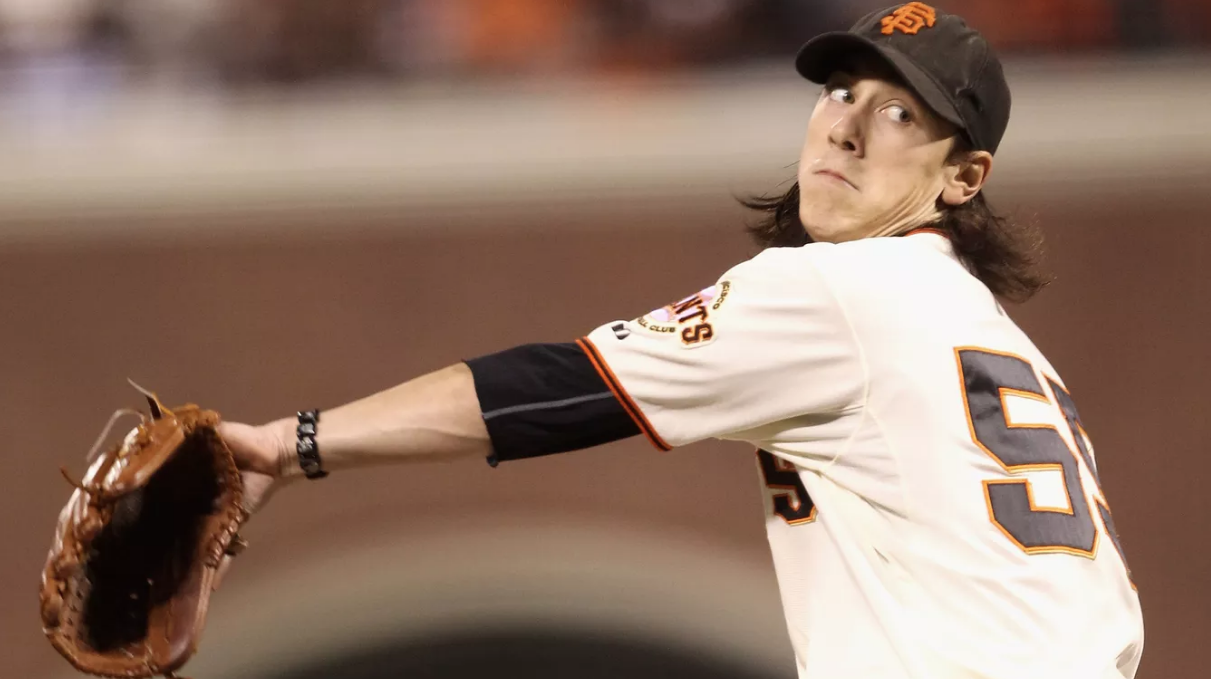 I am not going to talk about what happened two nights ago. I prefer to use this unexpected free time we Giants fans have by guiding the conversation to happier moments. This is the first in a series of articles about the Giants Postseason history. I will add box scores, videos and photos intermittently so we can reminisce about the glory days and use these memories to improve our self-esteem as we prepare for 2017.

Let’s recall the glory of 2010 by looking back at the first game of the Division Series on Thursday, October 7, 2010, in San Francisco against the Braves. In the very first postseason start of his career Tim Lincecum pitched one of the greatest games in MLB playoff history. Look at his line: 14 Ks against 1 BB, 0 runs, 2 hits and a complete game. Enough said.

Lincecum’s change-up and fastball were un-hittable. The Braves were terrorized by Timmy intimidation and Buster Posey’s excellence as a catcher. Timmy probably could have gone on to pith 18 innings that night so efficient was his delivery and so precise was his command.

I remember the game well, watching it on my couch soon after I moved back to the USA from Paris. I always tell my friends that what I miss most when I am traveling overseas is baseball. Anyway, the Giants were riding high after their thrilling divisional title over the Padres that was not clinched till the last game of the season.

Cody Ross began his legendary October by driving in Buster Posey who stole the first base of his career just before the only run of the game was produced! That was to be the harbinger of excellent baseball, a bit of good fortune (which every champion needs along the way) and the first World Series championship in San Francisco Giants history!

That Box Score is Ridiculous

Official MLB Video of the Game