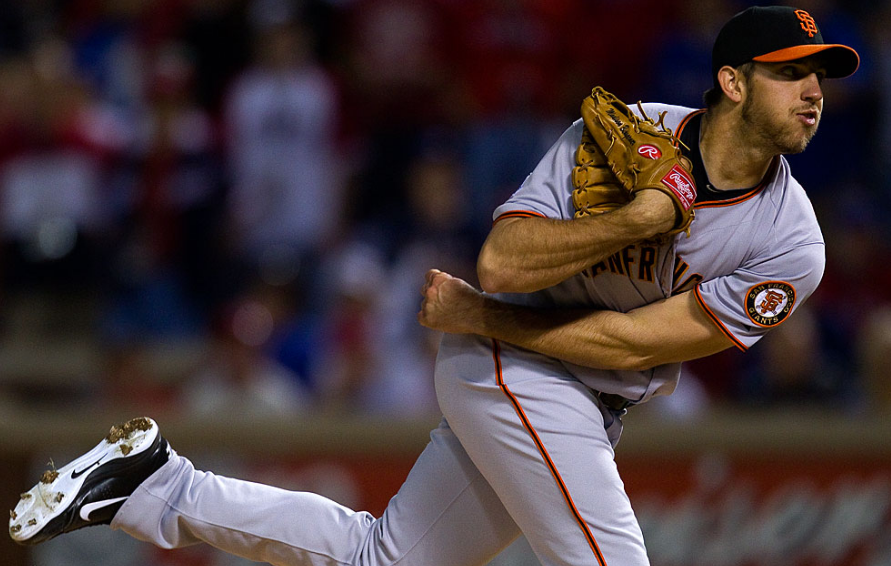 Oh what bliss to watch the beginning of the legend of MadBum. Remember Game 4? After the Giants lost game 3, the first contest of the 2010 World Series in Arlington, Texas, our collective nerves were on edge. We were resting our dreams in the tender care of a 21 year-old and baby-faced North Carolinian named Madison Bumgarner…

When Freddy Sanchez came to bat in the top of the third inning the Giants were batting .406 with runners in scoring position. He would ground out then Aubrey Huff came to the plate and pounced on a first pitch fastball blasting out down the right field line. The homer would send the Giants on their way. Buster Posey would also homer later in the game. There was no doubt from that point on.

Edgar Renteria had three hits. Madbum would end up pitching eight shoutout innings and begin his October dominance in one of the biggest games in San Francisco Giants history.

The Giants were rolling and we all know what happened in game 5. This game 4 took place on Halloween exactly 6 years ago today! It seems like it was only yesterday.