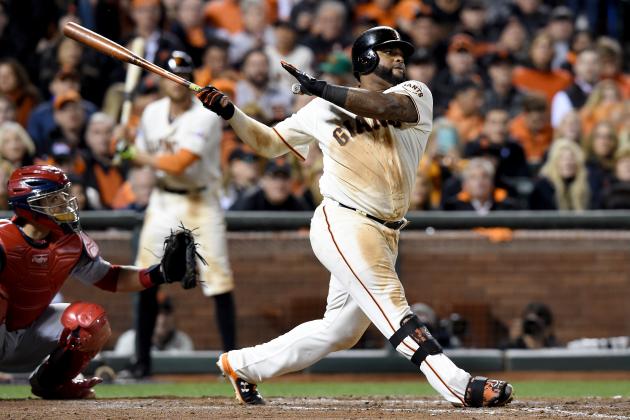 I remember this game like it was yesterday. The Giants were humbled in game 3, the first 2014 World Series game at Willie Mays Field. Game 4 was pretty close to a must-win and then the Giants fell behind 4-1 in the top of the third inning. Things were looking a bit dicey with an upstart Royals team on the fast-track to a commanding 3 games to 1 Series lead.

But in the bottom of the 4th, a potential shutdown inning for the Royals, Buster Posey singled in Matt Duffy. The Giants responded with a run and went on to score nine more un-answered runs in the game and cruise past the Royals.

Posey’s at-bat was huge and brilliant. With two outs and Duffy on second he took the first pitch for a called strike on the outside corner. He then took two very close pitches for balls that barely missed the inside corners. Falling behind 2-1 to the Giants premier hitter, Jason Vargas, the Royals starter had to come in with a groovy fastball down the middle. Buster smoked it into left. Duffy scored just barely ahead of the throw and the crowd was back into the game. Momentum was back on the Giants side.

Without a doubt, that was a tense game for Giants fans. The Royals had humiliated the Giants in a regular season three game sweep in Kansas City. I remember that sweep being perhaps the low point of the season and never imagining the Giants had a chance to get to the World Series… Oh ye of little faith…

Hunter Pence had three hits and three RBIs while Pablo Sandoval drove in two runs with huge hits as well.

I miss those days when you could count on the Giants winning every other World Series..