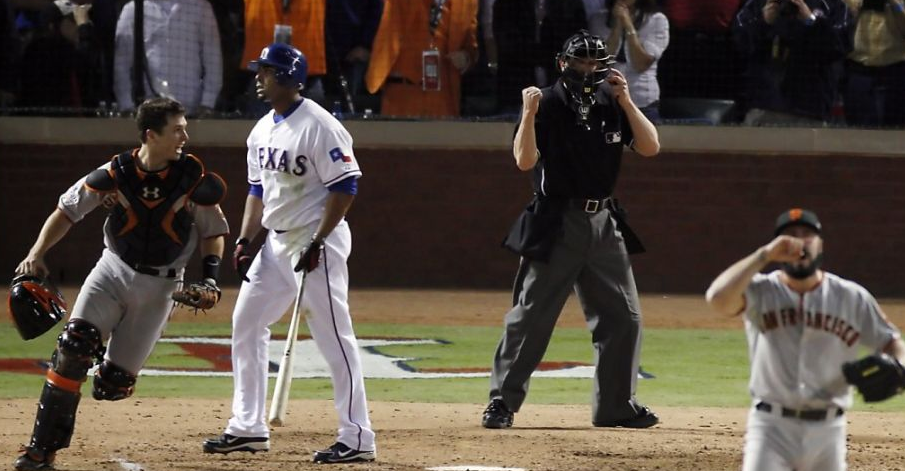 Happy San Francisco Giants 2010 World Series Champions Day everyone! Six years ago today our heroes became World Series champions for the first time since the New Yorkers moved San Francisco. It was a glorious moment in my life and I remember it well. I have always believed that the World Series is the hardest championship to win in team sports. I have zero data to back that up. I have no logical or mathematical evidence for you. I just have experience watching many team sports over 40 years. There is something about baseball, the equality between teams, the unknown factors that go into every game. The sheer unpredictability of a baseball contest is part of its charm.

For the Giants, that unpredictability worked against them in October for 55 years. The last time the Giants had won a title was in 1954 when Willie Mays was king and our team was still playing at the Polog Grounds. Then 2010 happened! It was the year of Timmy, the Horse, MadBum, Buster and Cody Ross. Everything came together magically to give the Giants the title. Bit players played like stars. Sabean and Co. made phenomenal moves in the middle of the season to craft a champion. Remember that Javy Lopez, Freddy Sanchez, Cody Ross and Pat Burrell were all acquired around the same time during the 2010 season. It was a remarkable move of front office creativity to strengthen the team so convincingly without sacrificing any starting players or pitchers.

Bruce Bochy guided the newcomers and rookies alike with a deft hand and created a winning atmosphere that laid the ghosts of 1962 and 2002 to rest for good.

Now let’s get to the game: Timmy was sensation. In the biggest game of his life he was close to perfect, allowing only a Nelson Cruz solo homer to do damage in going 8 innings and giving up that lone run.  He was the man who delivered a ring to San Francisco and became an instant legend. His fastball was darting corner to corner. His change up was devastating and his slider/curve was going in and out, up and down with great effectiveness.

Then there is Edgar Renteria. The aging veteran shortstop hit the biggest home run in SF Giants history in the 7th inning with two on and two out. Pat Burrell had just struck out with runners on second and third. Things were looking bleak and then on an 2-0 pitch, as Cliff Lee was tiring, Renteria lined a high fastball over the left-center field wall in that fateful at bat that will live forever in Giants lore.

I remember watching the game with my parents. My dad had recently recovered from a quadruple bypass and times were intense in our family. Though my parents were not Giants fans at the time, the excitement of the Giants run and the history behind their futility heightened their interest. I knew once the Giants beat the Phillies they were going to win it all. I just had a feeling. I knew nobody was going to beat Timmy and Cain in a best of 7. When Brian Wilson’s high slider fooled Nelson Cruz for strike three and the final out of the game, the party was on.

The rest is history. Enjoy the memories.