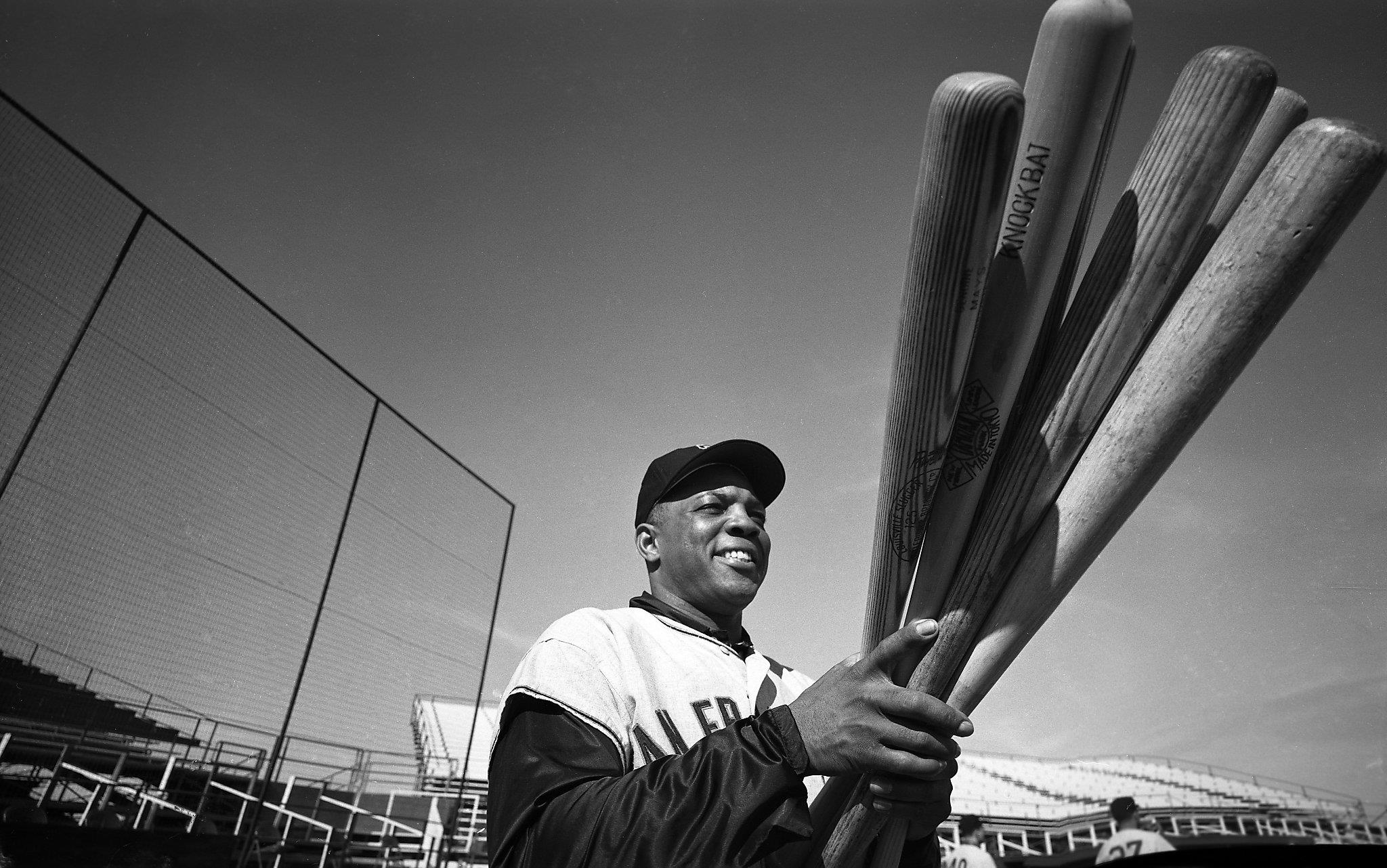 The Say Hey Kid turned 88 yesterday and Willie Mays, the Greatest ballplayer who ever lived, has never been more important in the Giants imaginary. For me personally, I grew up hearing about the legend but just missing his playing days.

What I remember most was the unanimity surrounding his status as the greatest player who ever lived. It is really something when fans of the Yankees, Giants, Red Sox, Braves and every other team agree! I remember the awesome photo of Mays playing stickball in New York. To this day that’s my favorite image of him because it says so much, notably his love of baseball.

The Giants have a great tribute page for Willie Mays.

What really moves me about Willie Mays is his dignity and class. Everyone in the world knows he was the greatest ballplayer ever. Willie Mays is more than a sports legend, he is an American icon. And yet, he still appears to be a humble, kind and gracious man. What more needs to be said?

Take it away Tallulah Bankhead:

There Have Only Been Two Geniuses in the World — Willie Mays and Willie Shakespeare.

Did you know Willie Mays hit four homers in a game against the Braves?

This is a touching encounter where Vin Scully meets the Say Hey Kid for the first time:

Here is a great excerpt from Willie’s Hall of Fame Induction Speech:

A birthday wish from a dude named “Barry”:

The Hall of Fame Honors Willie:

Willie Mays has left his mark on everything from the baseball record books to the comic strip, @Snoopy. Happy birthday to an absolute legend! https://t.co/J9YFtzcPpR pic.twitter.com/1UxDq0eifZ

Here is a tribute to Mays by Bob Costas:

Willie is even teaching Kevin Pillar a thing or two about playing center field:

“It’s so cool to be able to say that Willie Mays put my glove on. Willie Mays’ hand was in my glove.” —@KPILLAR4