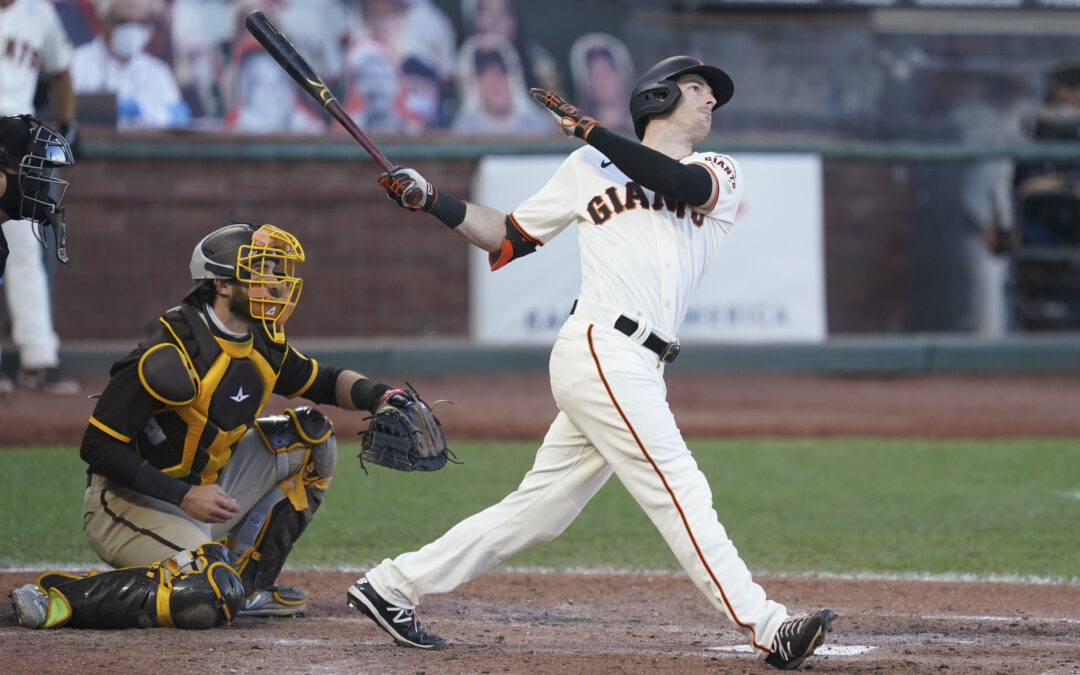 Whether at the field, at a bar, or at home, home runs are among the most thrilling aspects of baseball to witness. Back in the day of our legendary sluggers like likes Barry Bonds and Willie Mays, there was nothing more exhilarating than watching them knock a ball into the stands, but there was no real way of fully comprehending the power behind their hits.

While we can’t go back in time to track that (yet), we can track the feats of current Giants hitters. In 2015, Statcast was introduced to the game, giving fans the ability to see just how far the ball goes, and at what velocity.

This is especially exciting to see this season, given that the San Francisco Giants come second in most home runs per game. At 1.51 runs a game (just .05 behind Toronto!), it is more likely than not that fans will get the opportunity to observe the sheer talent and power the teams’ greatests possess.

Currently, eight players have hit more than 10 home runs in their careers. Mike Yastrzemski and Brandon Crawford lead the team with the most home runs at 18 each. Then comes Wilmer Flores at 14, Lamonte Wade and Buster Posey at 13, Darin Ruf at 12, and Brandon Belt and Alex Dickerson and 11.

Alex Dickerson, however, has a record of his own to be proud of. On September 1, 2021, Dickerson hit the longest home run documented by Statcast in Coors Field at a distance of 480 feet. He tallied three homers, two doubles, and a 16 total bases bases that night, tying Famer Mays for the most in a game.

Thanks to Statcast, we are bound to see our Giants do great things in the games to come.