Frank Novak Guest Post: From the Bay to the Bushes 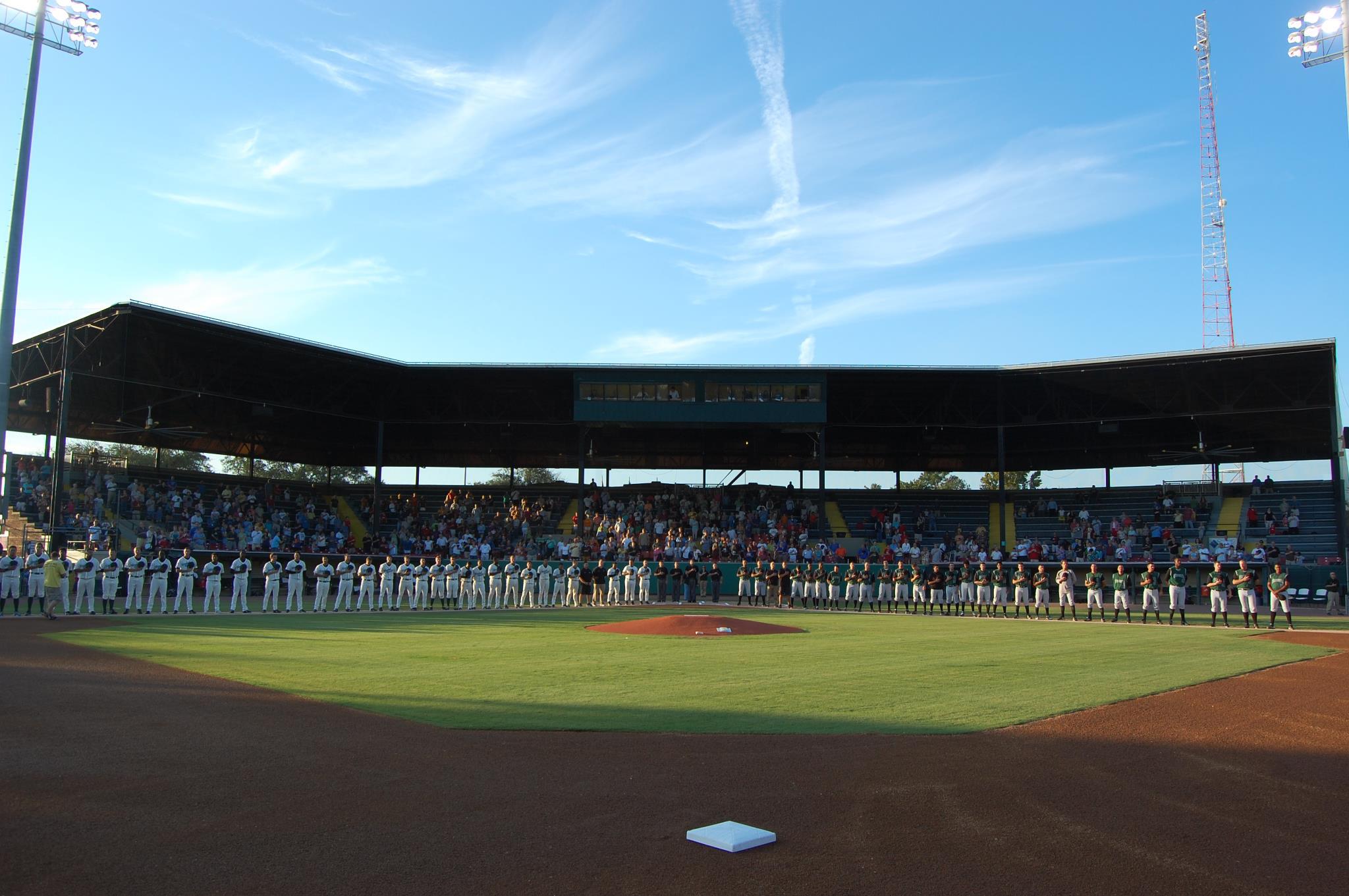 When I head home from my ‘normal’ job to my two kids waiting for me at home, sometimes I think about how cool 12-year old me would think 23-year old me was.

You see, like so many 12-year old kids I wanted to play Major League Baseball when I grew up. And like so many other 12-year old kids, I lacked the talent to even play high school varsity. I probably rated a solid 10 on the 20-80 scouting scale on most metrics- except two: I had good plate discipline, and a good IQ.

I can credit the solid baseball IQ to the time I invested in it. From the moment I could read, my Dad taught me to read a box score. He brought me to games- both in Oakland and at Candlestick. I remember enjoying the heck out of the ‘bash brothers,’ but I showed an early affinity for the orange and black. True to form, one of my earliest baseball memories as a child born in 1981 came at 5:04 PM on October 17th, 1989 when the TV’s went out just before the start of the Bay Bridge Series. Probably my second most indelible memory was the day my Dad came home from work and told me the Giants were going to move to Tampa Bay. I was 12. I cried. A lot.

Then came the signing of Barry Bonds and the ensuing excitement of the 1993 season. I recall roasting in the outfield seats with summer camps that seemed to take us to a sweltering Candlestick almost weekly, but, all due credit to John Burkett, Bill Swift, Rod Beck et al, it was worth the time spent. Until of course, Solomon Torres and the Braves 104 wins. I still irrationally hate the Braves for stealing that playoff spot.

I accumulated many more memories of Giants baseball over the ensuing seasons, swiping the sports section as soon as my Dad would fetch the Chronicle, pouring over box scores, reading Scott Ostler columns, and watching the then-nascent duo of  ‘Kruk&Kuip” on KTVU broadcasts (we didn’t have cable till I was 15). But it was a Giants related memory from the otherwise moribund 1995 season that, for me, might be the most everlasting. Some young kids are just destined to meet their heroes. I suppose my destiny was to meet the Giant I mercilessly heckled.

The 1995 Giants squad had a middle reliever named Chris Hook. The epitome of that year’s squad, Hook finished with a 5.50 ERA and was rarely under the 5.00 mark through the season; that is to say, he was consistent. Consistently mediocre. Yet somehow, they ran him out there regularly, and he finished the season with 45 appearances, good for fourth on the team. Third was Jose Bautista, who sported an ERA of 6.44. So it went for the 67-77 post-strike Giants.

I can remember on several sun-scorched occasions sitting out there screaming at him warming up in the Candlestick bullpen, yelling “you deserve the Hook!” Or “Hey Dusty, give this guy the permanent Hook!”

Well, nine seasons later, I arrived at Houston’s George Bush Intercontinental Airport to work at the MLB All-Star Game as a member of the staff of At The Yard Magazine. Among the contingent meeting me upon arrival of my flight in was none other than Chris Hook.

The fact that I was even in that spot was due to an early twist and turn on that long winding road.

In the summer of 1997, just a mere days after the Giants executed the ‘good’ side of the famed ‘White Flag’ trade with the Chicago White Sox, a deal that would propel them into the postseason for the first time since that quake-struck 1989 World Series, my family packed up and moved to Michigan, to a suburb of Detroit.

My love of baseball and the Giants did not falter; the budding internet helped ensure I would still see those box scores, and I joined the staff at my high schools 500-watt radio station where I co-hosted a Monday Night sports talk show and had a Thursday afternoon on air DJ shift. I was fortunate enough to have the grades to get into the University of Michigan, where I majored in communications. After college, I really didn’t know what I wanted to do. I had some interviews with ad agencies, but none that led to internship opportunities. A real estate broker my mom worked with who had played professional baseball in the minor leagues back in the day suggested to me that given my communications degree and love of the game of baseball I should look into working for a minor league team somewhere, and see what opportunity existed for a recent college grad.

I followed his advice. I sent out a resume and cover letter to each and every full season minor league baseball team inquiring about internships or entry level opportunities. This was 2003, so ‘snail mail’ still seemed most appropriate.

As one might expect, about three quarters of those letters generated no response. But some did, and it led to some late summer interviews with a few clubs, including Lansing, Bowie, and Hagerstown (which was exciting to a degree as that was a Giants farm club at that time). But it was the fourth interview, with the Class-A Savannah Sand Gnats in the South Atlantic League, that yielded a full time offer. I’d interviewed via phone, so sight unseen, just a couple days after their 2003 season concluded I packed up my car and hit the road.

I split the drive up over three days as I was traveling alone. I arrived in the mid-afternoon on the third day after leaving Michigan, and naturally despite not actually being slated to begin the job for a couple days I wanted to see the park and where I’d be working. So I dialed up my boss, the GM Ken Shepard and asked if I could come by.

I suppose looking back on things, it was a harbinger of my time in Savannah that the response was, “No, today’s not the best time, as we haven’t fired your predecessor yet.”

Savannah was an interesting place, the ‘end of the Bible belt’ not the easiest transition for a brash, confident California-born but Midwest refined ‘Yankee’ straight out of college. Equally interesting was the ballpark- Historic William Grayson Stadium. Built in the 1920’s and renovated in the 1940’s with Works Progress Administration funds and manpower, the stadium features a jagged brick line on the third base side of the grandstand representing unfinished work when the aforementioned manpower departed to fight in World War II. The ballpark also at the time had derelict bleachers in left field that had at one time been used to seat African American fans during the era of segregation. They hadn’t been used for anything since John Smoltz made a rehab appearance there several years earlier, and had been roped off as a massive safety hazard. They’re gone altogether now, part of a more recent renovation to the park.

The team offices at that time were in a double wide trailer with a thin purple stock carpet I can still see if I close my eyes. I’d been there a mere weeks when we came in one Monday morning to Shepard informing us that the Savannah police had just taken our office manager/bookkeeper to prison. She’d been indicted for embezzlement, the owner discovered she’d been cooking the books for a couple years. I’m not sure what gave it away- but it probably started with the boxes of financial records stuffed into the shower that was in the bathroom of the double wide. No, seriously. Not that it would’ve mattered. To a team like Savannah, just breaking even was a massive win.

To top things all off, Savannah was a Montreal Expos affiliate. At the time, the Expos were a ward of the league, one season remaining before they were glad-handled to greener pastures in Washington D.C. The Expos, as I’d come to learn as part of my first introductions into the business of baseball, operated in that time on the most shoestring of shoestring budgets. I came to realize that, in Savannah, I may have gotten myself a full time job, but I was truly in the bushes and on the fringes of what qualifies as professional baseball.