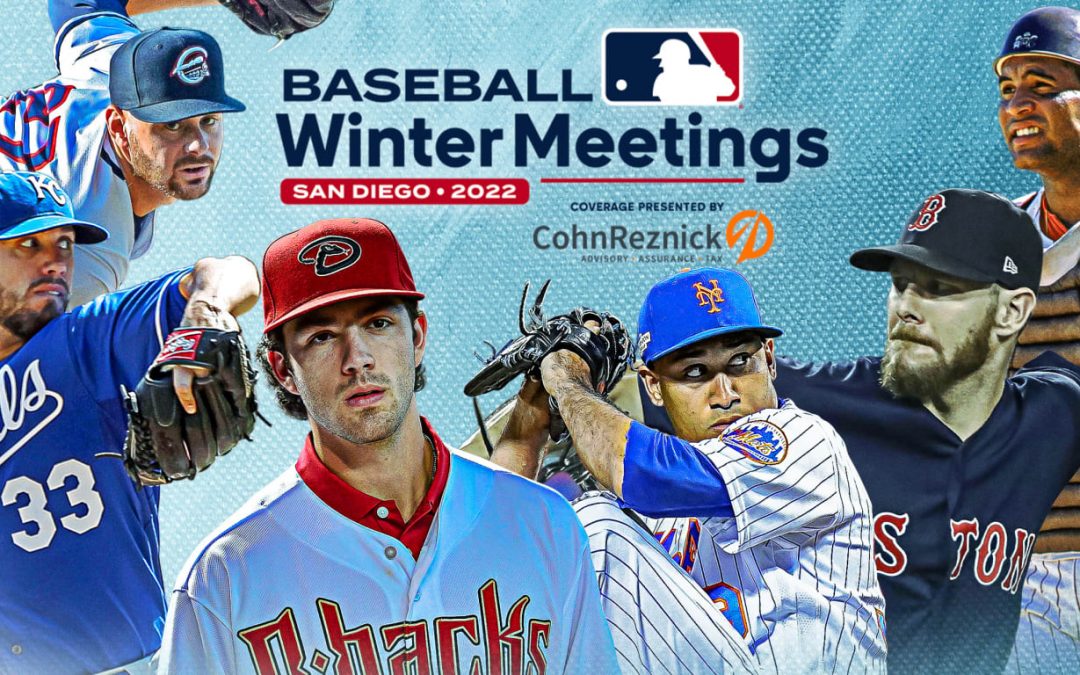 Another event at the Winter Meetings is the baseball trade show. This was open to both the major league and minor league personnel groups. It consists of exactly what you’re thinking- booths from every vendor under the sun. Looking to plan next seasons bobblehead giveaways? You were in the right place. From looking at samples to taking examples to show sponsors back home, to negotiating pricing, it happened there on the trade show floor. The vendors went far beyond giveaway companies. Opportunities existed to talk to companies about branding, mascots, and the latest in all sorts of baseball tech. Much of that related to ticketing (this is 2007, so at that time ticketing systems that allowed you to self-select your seat was coming of age as cutting edge), and game presentation (more moving graphics, more ways to cram your video board with stats, HD video boards!). But the winner of best new innovation at the 2007 Baseball Trade Show was PitchTrax, marketed to the MLB clubs. This was among the first tech products widely used to monitor things like spin rates and pitch usage. Over the past 15 years, we’ve seen that lineage of tech have a wide influence on the game, and four years later when I attended in Dallas, the type of tech offered in that lane had easily quintupled.

The second night of the meetings our team typically would be invited to a organization dinner hosted by our parent club, the Kansas City Royals. At this dinner, we got the opportunity to talk to (then) GM Dayton Moore, much of the player development staff and staff from the other Kansas City affiliates, like Triple-A Omaha and, at the time, Advanced Class-A Wilmington. These conversations built solid relationships and allowed us a peek into the organization’s vision for the upcoming season not just at the big league level but up and down the system. While we were not included in decisions, they gladly took feedback and made it clear they valued what we contributed to the process, which I tremendously appreciated. Some people who were with KC at that time remain in the organization, in fact, our player development director at the time, JJ Picollo, is now the GM.

Another evening of the meetings our ownership group would host a dinner with all three teams they owned. The ownership also owns Triple-A Buffalo, who were a Cleveland affiliate for a long while but we’re with the Mets for a time, so these ownership dinners would generally include some special guests from that realm such as former Cleveland pitching coach Carl Willis in 2007 and new Mets skipper Terry Collins in 2011. Willis is a nice guy, but Collins is an absolute riot. I could’ve listened to him tell stories for days.

During the day, while we attended seminars and round tables the MLB personnel mostly are in their rooms and suites, talking trades and hypotheticals with agents and reps from other teams. Yes, Scott Boras holds court in the lobby in between meetings with teams, mainly so he can use people like Peter Gammons to amplify whatever message he wants to get out. He represents so many players that he is of as much influence if not more than any GM. You’d also see GM’s around the lobby stocking up on coffees or takeout as they go back to their rooms for more conversations.

There are also various award sessions that you go to. In 2010, on the heels of a Texas League Championship, my club accepted an award for Baseball America’s minor league team of the year. In 2012, my final season, a Bob Freitas award signifying excellence in Minor League promotions and team operations. Wednesday evening of the meetings there is a gala that is attended by both major and minor league personnel and even some players and player agents. It’s basically a big party, and an opportunity to rub shoulders and meet and greet. Which also happens in a smaller format at the lobby coffee shop and bars nightly. Thursday morning the minor league side departs, the big league side conducts the Rule 5 draft before they too hit the road.

In 2007 in Nashville, it was a unique winter meetings in that it was the last meetings before clubs had really dived feet first into Twitter. Twitter was nascent, had been around just over a year at that point, but people really weren’t sure how to deploy it and – get this – journalists usually would wait until teams sent press releases and confirmed information before they reported on something. So the rumor mill moved mostly by word of mouth.

If you recall, leading into the 2007 meetings, the big story was that the (then) Florida Marlins were planning to trade Miguel Cabrera. It all came to a head on, I believe day 3 of the meetings. I was actually in the lobby waiting for a roundtable when seemingly everybody – major league and minor league people- were engulfed in conversation that the Tigers were going to acquire Cabrera for Cameron Maybin, Andrew Miller and several minor leaguers. Nothing had been reported and ESPN hadn’t even discussed those specifics on the air at that point. I remember pulling out my flip phone (it was 2007!) and calling my buddy Scott up in Detroit to fill him in on the news. Needless to say, Scott didn’t believe me.

Right after I got off the phone, Peter Gammons walked by me and went onto the ESPN set and broke that ‘the Tigers were nearing a deal for Miguel Cabrera.’ About 45 minutes later, the deal, which also included Dontrelle Willis going to Detroit (it was known the Marlins were also shopping Willis, but them being packaged together escaped almost all ears), was officially announced. To this day it stands as one of the biggest Winter Meetings trades in history.

Incidentally, the Marlins also made among the bigger splashes at the second Winter Meetings I attended, 2011, at Dallas’ Hilton Anatole Hotel. They were rebranding, one season into their new park and signed a large crop of FA’s that included Jose Reyes, Heath Bell, Mark Buerhle, and others. They had a backdrop set up on the second level and it seemed like every few hours a (new) Marlins player was escorted up to the second floor in a flashy strange uniform to be introduced to the press as the newest Miami Marlin. They even came close to signing Albert Pujols and CJ Wilson (finished second to the Angels in both instances). We all know how that spending binge worked out (careful Texas Rangers..)

The people watching in Dallas, for whatever reason, seemed better. This could’ve been because the Anatole is not as big a facility as the Gaylord Opryland. I recall one day walking outside to see some sunshine and there’s Ron Washington smoking a cig and chatting with some of the hotel’s janitorial personnel (probably telling them indeed how difficult it is to play a good first base). There were hand gestures, so I’m sure it was a good story. Jon Daniels, then a relatively new GM who everyone joked looked like he was 12, was running around everywhere.

It was also 2011 in Dallas that I had a chance encounter with Bruce Bochy. I was at a corner bar reconnecting with a former colleague from my first stop in baseball in Savannah who was (and still is) with Triple-A Albuquerque. I went over to the bar cart to get a Bud Light and who is standing there at the cart also but the man himself. I ordered and received my beer and tapped him lightly, and told him, ‘Boch, I’m a Giants fan, and I can’t thank you enough. You’re the man.’ He glanced at my badge, said it was a pleasure to meet me, we clanked beers and went in our respective directions. No autograph (would’ve obviously been inappropriate) and no photos. The image of the chance short encounter exists only in my memory, much like so much of my near decade in baseball.

So that brings us to today. Winter Meetings, San Diego. First one since 2019, which was also in San Diego. 2020 was cancelled due to the pandemic, and 2021 was axed due to the lockout. Although I won’t be there, I have no doubt that baseball people cannot wait to walk that lobby and get in line for that coffee. I’ll be here, like you, just like I was in middle school, waiting on that rumor mill.