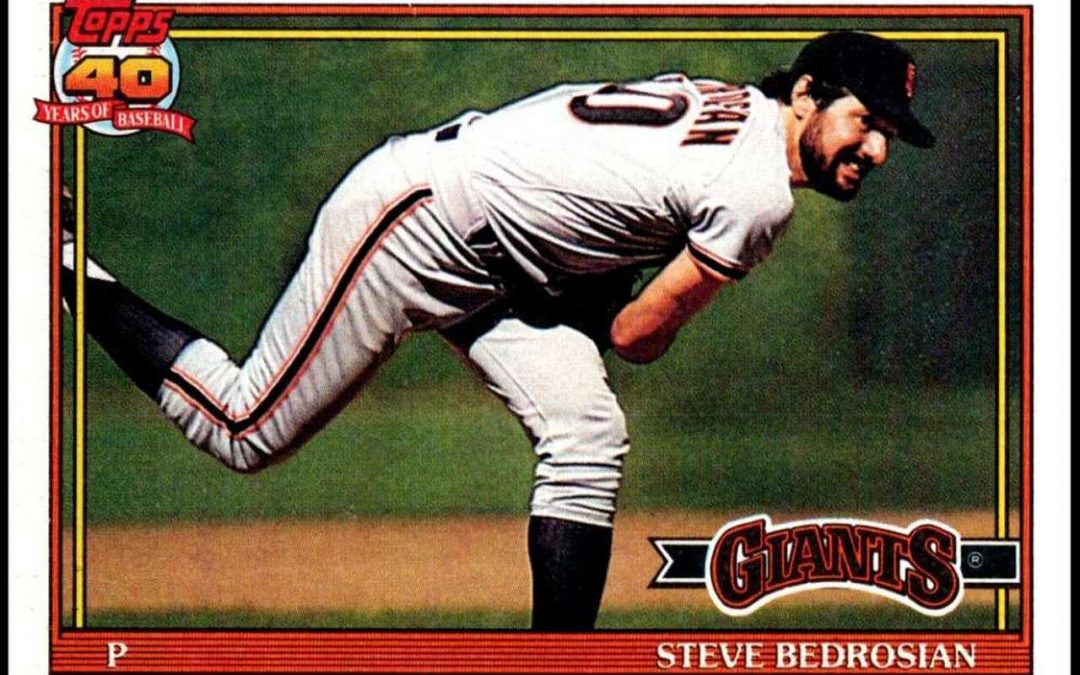 Like many of the TWG faithful, I am a longtime diehard Giants fan. 2021 will be my sixty-first season diligently following the Orange and Black. I was born and raised in the San Joaquin valley (Stockton), and I attended many games at Candlestick in my younger years. We re-located from Central California 45 years ago (first to Southern California for ten years then on to further points East), so I have been an out of market fan for that entire time. Most of the Giants games I have attended in those years were at the home park of the Giants opponents. That provides an entirely different perspective, one that I have come to enjoy over the years.

Choosing my best and worst games was a very difficult task. I should say that pinned to the top of this guest post as maybe my best game should be Mets vs. Giants, July 21, 2019—my first game ever at Oracle Park. Conor Menez, in his MLB debut, was the starting pitcher, and he will always be “MyGuy” to some degree, since we both made our Oracle Park debut that day. I was part of the TWG group that attended that game, along with SM, Vail Sunshine, paul in p. v, and Dr Lefty and her hubby. It was a beautiful day, we had great seats, Dr Lefty was a gracious hostess, and the Giants won 3-2, on an extra-inning HR by Mike Yastrzemski

Over the years there have been many memorable games, and I have selected these two to share.

The 1989 Giants won the NL pennant and were a very strong team.  We were led by Kevin Mitchell (NL MVP), Will Clark, Matt Williams, Brett Butler and Robby Thompson. A strong and deep pitching staff was led by Rick Reuschel, Scott Garrelts (NL ERA leader) and Don Robinson, with Craig Lefferts and Steve Bedrosian in the bullpen. The Giants had 15 different starting pitchers that year, and to this day I can still name every one of them. This was the first game of a three-game series in Cincinnati, and the Reds were having an awful year. The Pete Rose gambling situation blew up, leading to his lifetime suspension announced only two weeks earlier. Barry Larkin sustained a major injury at the All-Star game, basically ending his season.

The Giants were fresh off a three-game sweep of the Mets at the ‘Stick and were holding on to a narrow lead in the NL West. It was Labor Day (a big party holiday in Cincy) and Mrs. tf and I were wrapping up a wonderful weekend by attending this game. The Reds jumped out to a big early lead, scoring five runs in the third off Kelly Downs. At the end of the sixth, our Giants trailed 8-0, and it looked as though we would lose this one. Roger Craig removed much of the starting lineup, saving his bullets for the next two games. Not so fast, my friends. Clark and Terry Kennedy homered in the seventh, getting us on the board. In the eighth, back-up 1B Mike Laga hit a two-run HR, narrowing the lead to 8-4. Some of the Reds fans who had ragged on us for celebrating the Clark and Kennedy HRs were suddenly not so comfortable.

Strong relief pitching held the Reds scoreless, and in the top of the 9th the big rally was on. With the bases loaded and one out, Chris Speier hit a bloop-fly RBI single to CF, and Bill Bathe followed with a seeing-eye ground ball single to center, scoring two more runs. 8-7 Reds. Ernest Riles and Mike Laga (again) then delivered RBI singles and our Giants took a 9-8 lead! Top of the ninth, Bedrosian is on for the save. Not without some drama for us: very quickly, the Reds had the bases loaded with one out, and Chris Sabo coming to the plate. First pitch pop-up to 2B was followed by a weak grounder to 2B, and our Giants win! Coming back from an 8-0 deficit made this a very memorable game. This team had some other nice comeback wins that year. Later that month, our Giants trailed the Dodgers 7-0 in a game at the ’Stick but rallied with five runs in the bottom of the ninth to win the game 8-7. It was a great season that unfortunately ended sadly with the Loma Prieta earthquake and the four-game World Series sweep by the Oakland A’s.

The 2015 season was good for us, coming off the three-in-five dynasty we enjoyed in 2010-2014. We had a strong and competitive team, led by Buster, the Brandons, Joe Panik, and the emergence of Matt Duffy (the Willie Mac winner that year) as our everyday 3B. Our pitching staff was led by Madison Bumgarner and supported by Tim Hudson, Ryan Vogelsong, Chris Heston and Jake Peavy. The Core Four bullpen foundation (Casilla, Romo, Affeldt and Lopez) gave great support to the often-struggling rotation. But by this point in the season, we were leaking oil. Joe Panik had injured his shoulder in July, and his season was over. We also desperately needed another starting pitcher. At the deadline we acquired Mike Leake in exchange for Adam Duvall, but Leake quickly pulled a hamstring while running wind sprints and missed three weeks in August, which was a huge blow to our rotation.  We were chasing the Dodgers and not gaining meaningful ground on them.

This was the first day of school in Atlanta, and it was a big crowd with lots of families in attendance. I was there with a friend from church who was lifelong Braves fan and a very knowledgeable on baseball. Matt Cain, who had missed the first three months with a flexor tendon strain, was the starting pitcher. This was his sixth start of his season, and he was not yet at full strength. Our Giants jumped out to 6-0 lead after four innings, led by two HRs by Crawford and one each from Posey and Belt. In the bottom of the sixth, Cain quickly lost whatever he had left. The Braves scored four runs and knocked him out. They scored another in the seventh to make it a one-run game, but our bullpen weathered the storm. We added another run in the top of the ninth, taking a two-run lead into the bottom of the inning. Javy Lopez retired Nick Markakis, then Bochy brought in Casilla to lock down the win. Nope. After a single, AJ Pierzynski hit a game-tying HR. Always hated that guy! Casilla finished the ninth and we went to extra innings.

In the twelfth inning, Kelby Tomlinson (in his first MLB AB) pinch-hit for Yusmiero Petit (who had given us two strong innings of relief) and delivered a pinch-hit single to center. Gregor Blanco reached on an error and Buster delivered the go-ahead RBI single. After a long, hard-fought game it felt like we could hold off the Braves and win it. Unfortunately, the bullpen was spent, and Ryan Vogelsong had to take the mound for the potential save and win. It had not been the greatest year for Vogey, but he was a bulldog, and I was confident that he would get this win for us. But after a lead-off single, Adonis Garcia (a seldom used substitute IF) hit a looping fly ball down the RF line…that just cleared the fence for the walk-off HR. This was a game we really needed, it felt like we had it won, only to see it slip away. Major gut punch, tough loss. Braves fans were chirping at me as we walked to the car. I had finally heard enough, and I replied to one obnoxious guy: “1995. Twenty years since you guys won the World Series. Lots of tarnish on that ring. I’ll go home and admire our THREE World Series trophies.” Made me feel a little better anyway.

Hopefully others will share their best/worst attended games. I look forward to reading your posts. Here’s hoping that both sides quickly realize that the work stoppage is damaging this great game we love and that they will work out a plan that is suitable to all. GO GIANTS!!