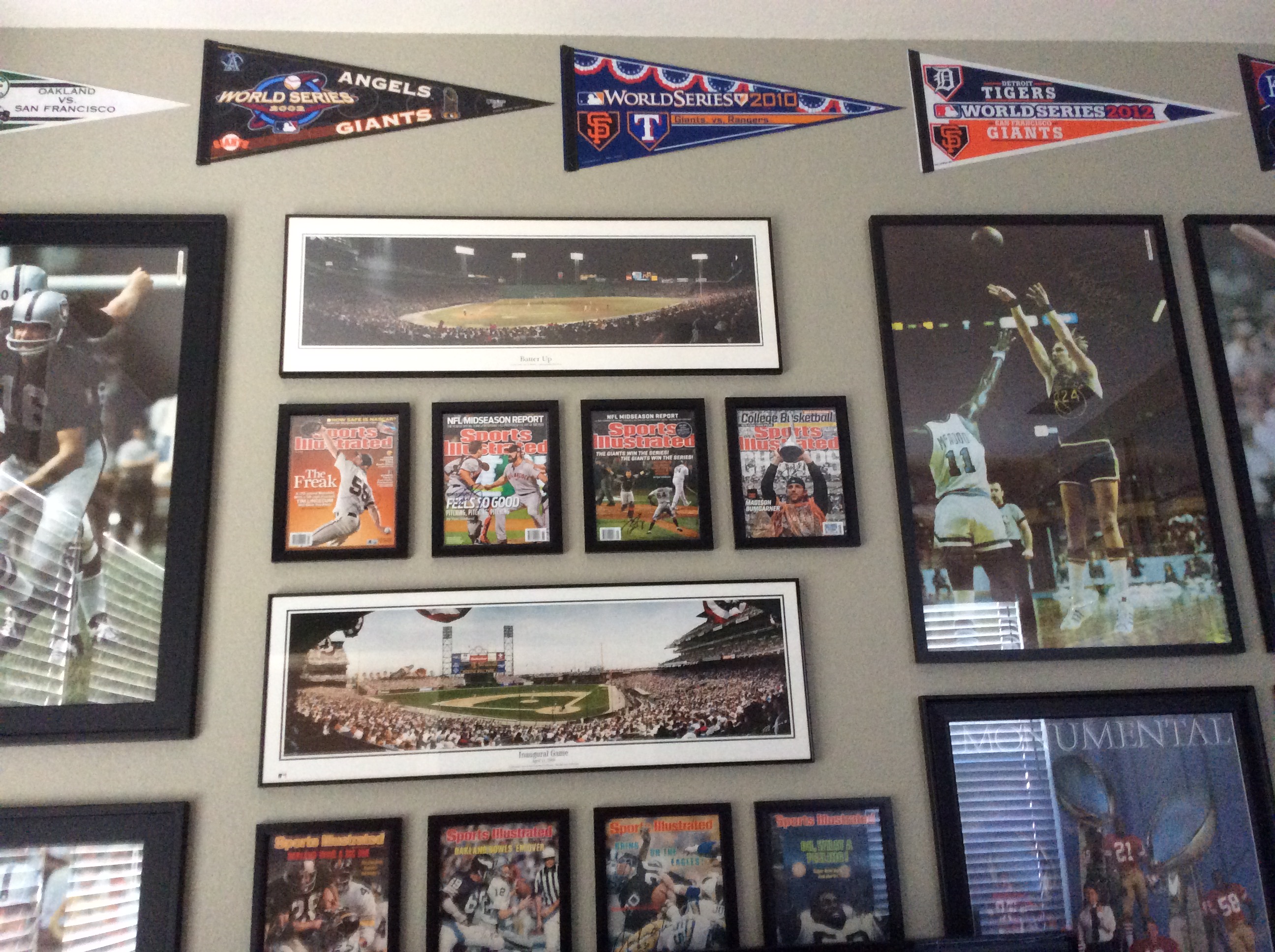 The Giants came from New York in 1958,
Ironically the same year I was born-
San Francisco greeted them with a big parade,
While New Yorkers were feeling the scorn.

My Grandpa was an early Giants fan,
With a transistor radio always in his ear-
He flew in big zeppelins during WWII,
Because the Navy was his career.

Grandpa’s Giants interest got the best of me,
So I started listening to their games on KSFO-
Russ and Lon were the radio “voices” then,
They made it easy to visualize the game’s flow.

Shortly after starting an early AM paper route,
No paper folding before reading the box score-
I had to see how well Mays and McCovey played,
Before any paper reached a customers’ front door.

I was finally able to attend my first Giants game,
A fantastic Birthday gift from Mom and Dad-
We were fortunate to get tickets for a “Bat Day”,
And that “Ken Henderson” bat was the best I ever had.

The next year we went to see the Padres,
I was shocked  to see uniforms with an ugly brown –
15 innings, 5 hours, and 33 runs later,
My Dad was happy we could finally leave town.

I also recall that sold out Dodgers Night Game,
A group of us kids went with Tony our Post Man-
Giants Management thought we were his little league team,
And we were in FREE before the 2nd inning ever began.

A Driver License allowed me to attend many games,
Doubleheaders were the way to save some dough-
I loved sitting in the bleachers and catching  ‘rays,
And sneaking OJ and tequila in was the way to go!

Years later I organized a corporate group trip,
During a season when the Giants played without a clue-
The PR Office was overwhelmed with a rare crowd of 50K,
I got my special “organizer hat”…and 12 of my friends did too!

Experiencing those 100 losses in 1985 was brutal,
Every Giants fan was frustrated and feeling pretty ill-
1986 gave us the emergence of Robbie Thompson,
And my favorite player, First Baseman, Will the Thrill.

1989 was also certainly a year to remember,
A World Series and the birth of daughter #2-
The 7.1 earthquake hit while sitting in the  upper deck,
I’m not going to lie…I thought I was through.

It took about 6 hours to get home to Hollister,
Radio Stations reported it as the epicenter…in error-
I attended the makeup game 10 days later,
Does the A’s being juiced up make their title fair?

4 years later the Giants made a signing splash,
A skinny young outfielder joined the team-
Barry Bonds would strengthen our team’s lineup,
And thoughts of a World Series win began to gain steam.

As I cheered for all of Barry’s many homers,
The Giants decided not to resign my favorite #22-
I cringe thinking about Dusty giving Russ that ball,
And how the Angels won the World Series in 2002.

Let’s not forget to pay homage to the old stadium,
Cold winds, blowing trash, and the Croix de Candlestick-
I took my son to Pac Bell the first year and was thinking,
They FINALLY built a new stadium…pinch me quick!

Which all brings me to this wonderful season,
Unexplainable losses which cast some serious doubt-
Then along came a stud rookie and some castaway vets,
Which all equaled up to a  4-1 World Series route.

Even now as I think and type about this Series win,
Pondering why it still generates those unexpected tears-
Perhaps I am reflecting on my above written journey,
And my devotion to Giants Baseball through the years.