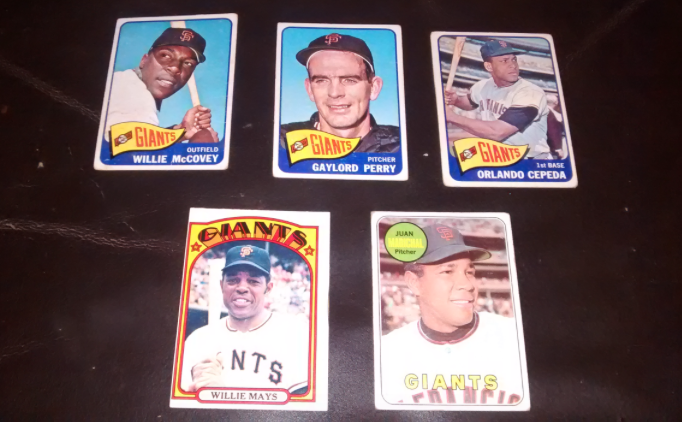 Many people claim to have been a fan of a particular sports team since they were born, but few can prove it. I was a fan of the San Francisco Giants BEFORE I was born. That’s right. I remember clearly that late summer day, August 20, to be exact, when my Mother and I (we were inseparable at the time), went out to our driveway in the Linda Mar neighborhood of Pacifica and picked up the newspaper that announced the Giants were moving to San Francisco and would play at Seals Stadium to begin the 1958 season. The weather was calm, as it often was at seven in the morning in August, and it was a pleasant 57 degrees. The wind would pick up soon and be gusting up to thirty miles per hour in the afternoon and early evening. I was relaxing in my own little world when I heard my Mother break the news. It had been rumored for months since the National League owners had given their approval back in May, but now it was official. The Giants were actually coming to San Francisco. I was all in! A Giants fan for life. I couldn’t wait to be born, but I decided to wait until the current season was over.

I was hoping for a four game sweep for the Braves over the hated Yankees so I could get started, but the Yankees took game one behind Whitey Ford. The Braves evened the series in game 2 with Lew Burdette getting the complete game victory. The series was knotted at 2-2 when Burdette tossed a shutout to put the Braves on the precipice of the World Championship. The Yanks took game #6, however and I had to wait some more. Lew Burdette, on 2 days rest,  scattered 7 hits and threw another shutout, backed by 4 run third inning and a Del Crandall home run in the eighth, to beat the Yankees. Now my time had come! The next morning I burst upon the scene; 9 pounds, 15 ounces of all mooooooooooose with a primal scream. Thankfully, nobody understood me at the time as I yelled “F…Yeah!!!” and began contemplating my first Fake GM roster moves. The next game the Giants would play would be in San Francisco at Seals Stadium! The Giants would beat the Dodger 8-0 in that first game.

In 1967 or so, Mrs. Spadarella, who lived up the street, gave me a bunch of baseball cards, among which were many Giants (photo attached). Some of them are pictured here along with a couple I bought later at Little League games. It wasn’t until 1969 that I attended my first Giants game. I had remembered it as being Juan Marichal vs Don Drysdale on July 19, 1969, but according to baseball reference, it was Don Sutton pitching for the Dodgers. I did remember correctly that Ken Henderson and Willie McCovey hit home runs. Two things stood out in my memory; one was after going up the stairs and walking towards the entrance to our seats, I was able to see the most beautiful green grass and as I walked through, more grass from the outfield appeared before my eyes. Wow! As I took in the whole field I thought it was the most amazing thing I’d ever seen. Years later, I went to Yosemite for the first time and I had the same feeling as we drove through a tunnel and could see the base of El Capitan ahead of me. As we drove on, more and more of that incredible granite face appeared until we exited the tunnel and still couldn’t see all the way to the top until we stopped and got out of the car. In around the 5th or sixth inning of the game, Manny Mota lost control of his bat on a swing and it helicoptered towards Marichal, who had to jump to avoid being hit by the bat. I can’t say for sure that I knew of the history with Marichal and Roseboro at the time, but I was very aware of the tension in the stadium as the bat spun past the pitcher’s mound.

Fast forward to 1986 and I was living in Atlanta Georgia, when I got a call from one of my San Francisco friends, who told me the gang was heading to Cooperstown to see Willie McCovey inducted into baseball’s Hall of Fame. Could I join them? You bet! I arranged my flight and arrived in Boston around 11:30 a.m. They were taking a red eye and arriving about 8:30 the same morning. The plan was for them to pick me up as they were renting a car or two. Well, when I arrived at the airport, they were not to be found. I called the hotel from a pay phone (remember those?) and they had no record of any of my friend’s names. Uh oh. I decided to take the subway or whatever the mass transit is called in Boston and a map made it look pretty simple with just one change of trains to get to the hotel. Somehow I took a wrong turn or didn’t change trains when I was supposed to or something. Anyway, I was in the wrong neighborhood and had about a 2 mile walk to the hotel. Even after giving my friends a 3 hour head start from the airport, getting lost and walking 2 miles, I arrived at the hotel before them. The clerk at the front desk had no reservations in any of the names I was asking for. Finally, I used the middle name of one friend, as it was the same as the initials of his first and middle names. To this day I don’t know if he goes by his initials or his middle name! Anyway, they STILL weren’t there!! They let me pay fay for one of the rooms and gave me the key. My buddies arrived about a half hour later after getting lost in their rental car and driving around and around and around for some 4 hours. Apparently, Boston is not the easiest city to get around in. We spent a day or two in Boston, visiting Cheers (a letdown), getting some clam chowder (WOW!), and then heading to Cooperstown, stopping in Springfield, Massachusetts to see the Basketball Hall of Fame (outstanding!), and Albany, New York, before making our way to the Baseball Hall of Fame.

The day had arrived. We wandered the streets of Cooperstown, buying memorabilia and spotting Hall of Famers (Warren Spahn, among others), and took in the atmosphere. The induction ceremony was amazing. Just looking up at the stands and seeing so many heroes of my youth – Ernie Banks, Hank Aaron, Ted Williams, and so many more – is beyond comprehension. When Willie gave his induction speech, I moved closer to get a good picture and found it difficult as I kept tearing up. I guess it was a bit dusty out there! A great experience for us all. I highly recommend a trip to Cooperstown for every baseball fan, whether one of your heroes is getting inducted, or any time of year. Just a tremendous shrine to the great game of baseball.

30 years later, the Giants have given us 3 World Championships and countless memories from the Ron Pruitt game and the Brian Johnson game to the Bob Brenly game. No hitters, a perfect game, Hall of Famers, players like Will Clark, Jack Clark, Kevin Mitchell, Chris Speier, Jose Uribe, John Montefusco, Tito Fuentes, Jim Davenport, Tom O’Malley, Jeffrey Leonard, Matt Duffy, and so many more. As horrible as they’ve played over the last 2 months, it’s a great time to be a Giants fan!