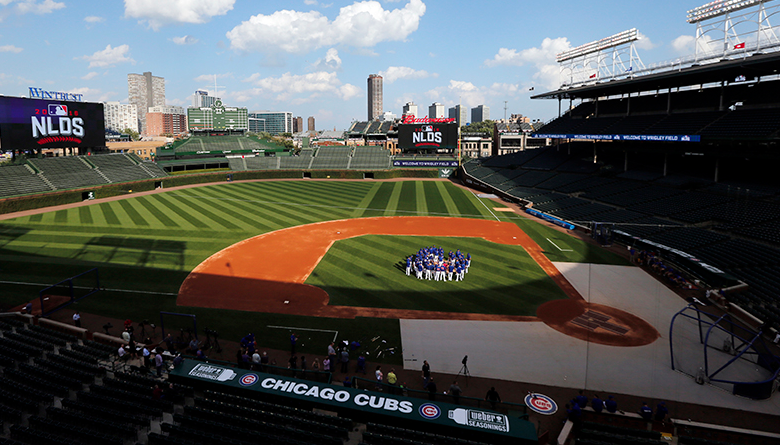 Well, my road trip started out with a satisfying win against the Mets–though it might have been nice had the fans not been standing in my way so that I could have seen the Connor Gillaspie home run.

Unfortunately, my seat in Chicago was perfectly positioned to see Hernandez get caught stealing and Gillaspie picked off first base. Although to be honest it did require peering around the ubiquitous beer and other vendors roaming the aisles and blocking the view of everyone–and most importantly me. We really don’t appreciate how fan (and view friendly) ATT Park is to watch a game–along with the newer parks.

Some people love Wrigley because of its historic significance–though the historic significance is really that the Cubs haven’t won the World Series in more than 100 years and haven’t even been to the world series in 70 years. Somehow I doubt that Wrigley would be considered such a historic “gem” if they had better teams over the years. In fact, the facilities are horrible and in my opinion, it is a terrible place to watch a game–though that feeling may be somewhat impacted by the fact that the Giants have lost 4 of the last five by one run here.

I’m beginning to really dislike Cubs fans. They have this series wrapped up already. Taking the train back to my hotel, I overheard more than one fan saying that, having beaten Cueto, they will be able to sweep the rest of the Series. For that I only have one word for them MadBum–or is that two words? So, although yesterday’s loss was disheartening, it is not the end of the world –for that see, Trump, Donald–or even the end of the Series. Sure we would have liked to be up 1-0 but win a win today makes all the difference–and remember we had to win 3 in a row with Cincinnati.

Speaking of unwanted groping, why is it that Cubs fans felt comfortable with putting their hands on me before and after the game to “rub in” the Giants loss. Not in a consoling way, but in a condescending “take that” way. At least 6 people did that to me on the way out of the ball park. At least Bill Cosby had the decency to drug his victims before touching them. In this case, however, I suspect that it was the touchers, who were less inhibited by the expensive beer.

BTW the Home Run Derby between MadBum and Samardzija was classic t in batting practice. If only Posey could have participated.