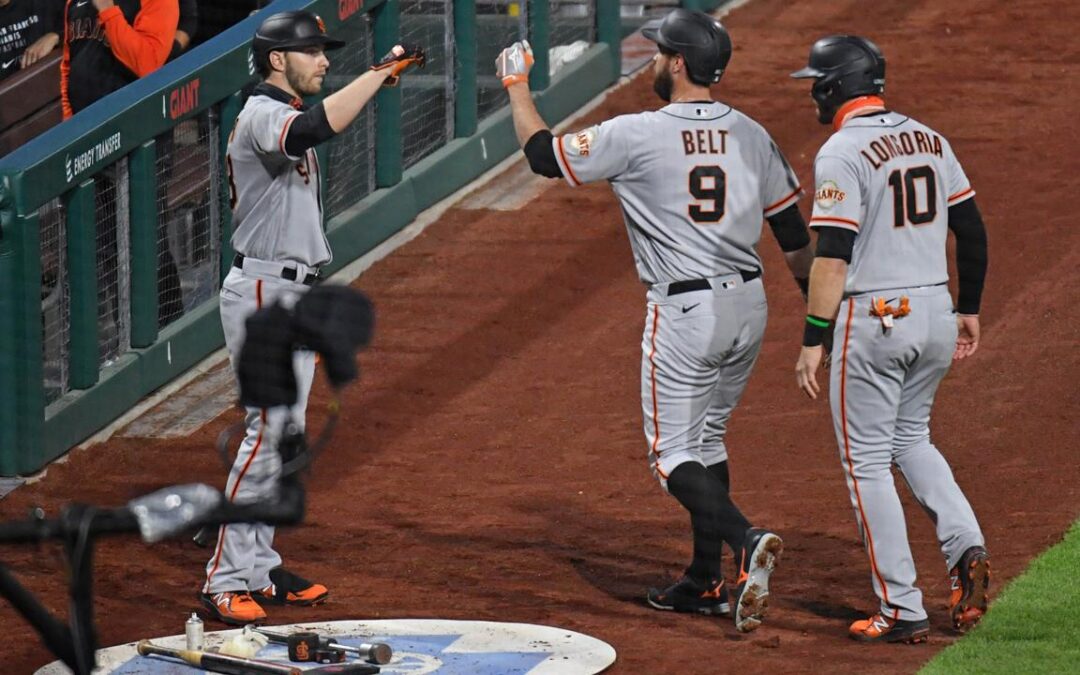 Kevin Gausman and the 2021 Giants starting pitching staff are channeling the 2010 Giants at this early stage of the season. Kevin Gausman earned his first win in the Giants 2-0 victory over the Phillies in Philadelphia. Curt Casali, the pitcher-whisperer has now caught four shutouts this season, an astounding fact considering the Giants have only played 16 games, winning 10. The four shutouts were caught in consecutive starts, and the first Giant to do so since Broadway Aleck Smith in 1901!

The Giant two runs came off the bat of Brandon Belt who launched a bomb in right center for his third home run of the season in the top of the third. BB looks like he is ready to go one of his patented baby giraffe hot streaks.

Gausman went six innings allowing six hits and four walks but also striking out 5. The 7th, 8th, and 9th were pitched by Wisler, Doval, and Peralta respectively. Peralta earned his second save of the young season. With the win the Giants are now 2-2 on their current east coast trip.

Right now it feels like the Giants are playing with house money considering their bullpen is a bit depleted and the expectations for them have been dramatically surpassed. This team has demonstrated a knack for run prevention and winning tough games while still not hitting much at all. The Giants have won their tenth game of the season after only 16 games whereas last year they needed 26 games to get that tenth victory.

The win was Gabe Kapler’s 200th career victory and fittingly came in the City of Brotherly Love where the Giants skipper began his career as a Manager for the Phillies. Interestingly Kapler was booed by the local fans at the start of the game. Congratulations Skipper!