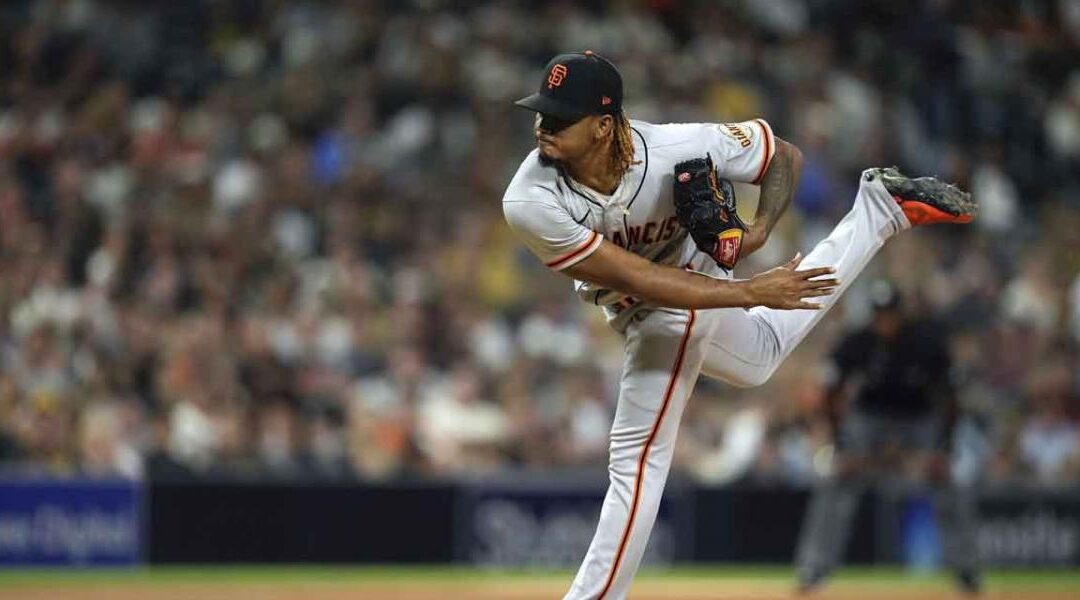 The lead is now two games.

The Magic Number (yes I am capitalizing it) is now in the single digits at nine games.

In last night’s 8-6 win over the Padres the Giants went 7-14 with runners in scoring position. They jumped out to a 3-0 lead in the top of the first thanks to a bases loaded-clearing double by Kris Bryant and hung on after their seven-run lead dwindled down to two in the bottom of the ninth. It was not as easy as it could have been but it was a crucial victory regardless.

The key frame of the game may have been the bottom of the fifth that saw the Padres load the bases against Scott Kazmir with nobody out. Kazmir would exit after a run scored and cede the mound to Camilo Doval. Giants Manager Gabe Kapler decided to go with the powerful right-hander in a critical situation in the hope of securing a strikeout or three and minimizing the damage. It may have been one of the Skipper’s best moves of the season as Doval struck out Manny Machado on three crippling sliders and then induced an inning-ending double play off the bat of Tommy Pham.

“We definitely had a little chat right after the half inning in the dugout, just thanking him and basically saying I owe him dinner. t’s unbelievable. He’s got ice in his veins. It’s impressive how young he is and still to be able to, in just that big of a moment, to be that composed and be able to make those pitches, especially to Machado to start it off. That was amazing.”
-Scott Kazmir

“It was one of the gutsier performances of the year from anybody in our pen.”
-Gabe Kapler

Then things got even more interesting as the Giants would add two runs in the sixth (RBI singles by BCraw and Yaz) and three in the seventh (RBI double by Buster (his fourth hit of the night) and two-run single by Late Night) as a statement, making the lead 8-1. But the Padres would not go down quietly. They responded with three in the bottom of the seventh and two in the ninth. The game was not decided until Tyler Rogers induced a deep fly ball from Fernando Tatis Jr. with the tying runs on and Tatis representing the winning run. Fortunately that ball landed safely in the glove of Kris Bryant.

That bottom of the ninth was pitched by Tyler Rogers since Jake McGee is still on the shelf. It means Gabe Kapler will have to mix and match his relief selections strategically as he did in the fifth. On this night Rogers was the choice for closer. I would daresay that Rogers is the type of pitcher who should not face a powerful righty line up twice in the same series or at least on back to back nights. His rising fastball is deceptive and his ability to get strikes and stay ahead of hitters is the key to his success. However, when you have a line up of high ball hitters who make every swing an attempt at home run glory, that can be a dangerous mix.

A Game Ball for Scott Kazmir

The one against Buster plated the first Padre run and chased Scott Kazmir, who deserved better.

Kazmir making only his second spot start of the season was effective in pitching against the strengths of the Padre right handed hitters and forcing many fly outs that were harmless. He was dashing off many 93-94 MPH fastballs up in the zone a la Madison Bumgarner to get the opposing hitters to chase. It worked well and he gave the Giants much-needed innings in a stretch of games without Johnny Cueto.

With the win and the LA loss the Giants lead the division by two games with ten to play.

Baseball theater at its finest. The Giants will go for the sleep in the afternoon finale of the three-game series today with Logan Webb on the mound against Yu Darvish. First pitch is at 1:10 PM, Garry Templeton time.