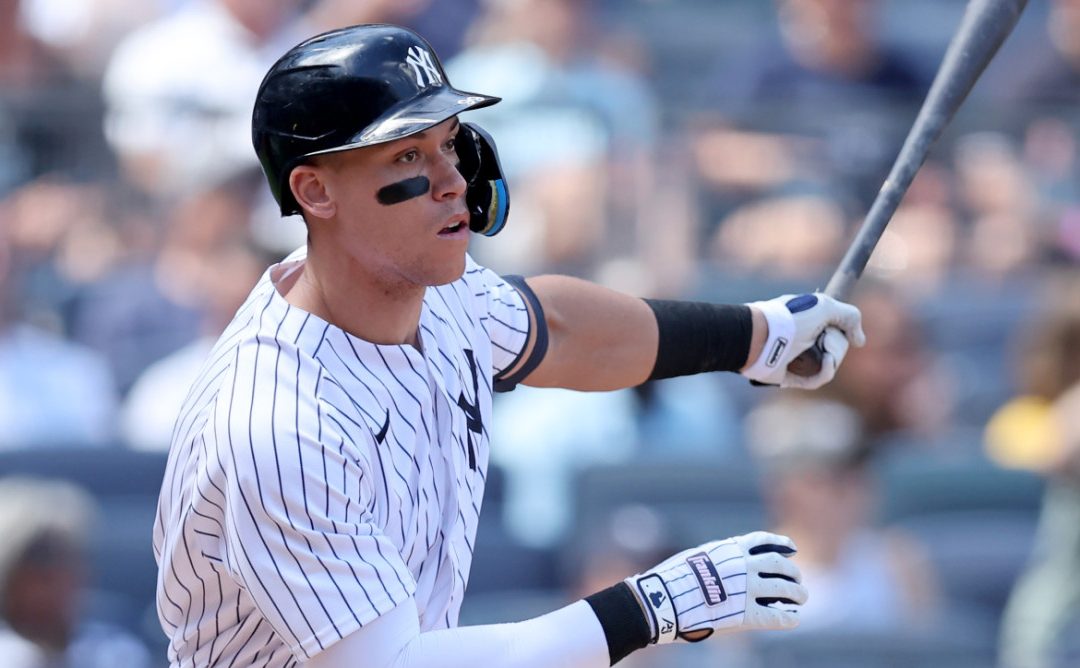 It has been reported by multiple sources including Twitter (That’s good enough for me!) that Aaron Judge is in town today, presumably to talk gigantic contract dollars with the Giants and not check out SFMOMA, but I could be wrong.

Breaking news into @MLBNetwork, via video from San Francisco: Aaron Judge has arrived in the city and is expected to meet with the #SFGiants this week. Join us on #MLBNHotStove at 9 am ET tomorrow for the latest. @MLB pic.twitter.com/pq0at6kgQ6

Whether or not this is just a ritual to squeeze more dollars from the Yankees or is a legitimate meeting with the possibility of the Giants signing one of the best players in the game, time will tell. The 2022 American League MVP is said to seek an interest in excess of $30 million per season for at least ten seasons. The actual years and dollars could be higher.

Before we get all excited and start dreaming of Judge shirseys lets take a deep breath and repeat the following mantra:

Well, for the obvious reason that the Yankees cannot afford to lose him. From a PR and baseball standpoint Judge signing with another team would be a colossal disaster for the Yankees and Brian Cashman, their GM who is now officially on the hot seat after being swept unceremoniously in the ALCS by the Astros.

Let me give you another reason why I don’t think Judge will sign with the Giants; The Giants do not have the talent to win. The disparity in talent and farm systems between the Giants and their rivals in San Diego and Los Angeles is simply too great and the mighty “All Rise” will not put the Giants over the top in their own division, let alone in the National League. Throw in the likely loss of Carlos Rodon from the rotation (though he could still be re-signed) and you have a San Francisco team with gaping holes in the bullpen, the starting rotation, first base (Belt will not be back), center field, and right field. In short, the Giants have all the looks of a 90-loss team without Judge and an 87 loss team with him.