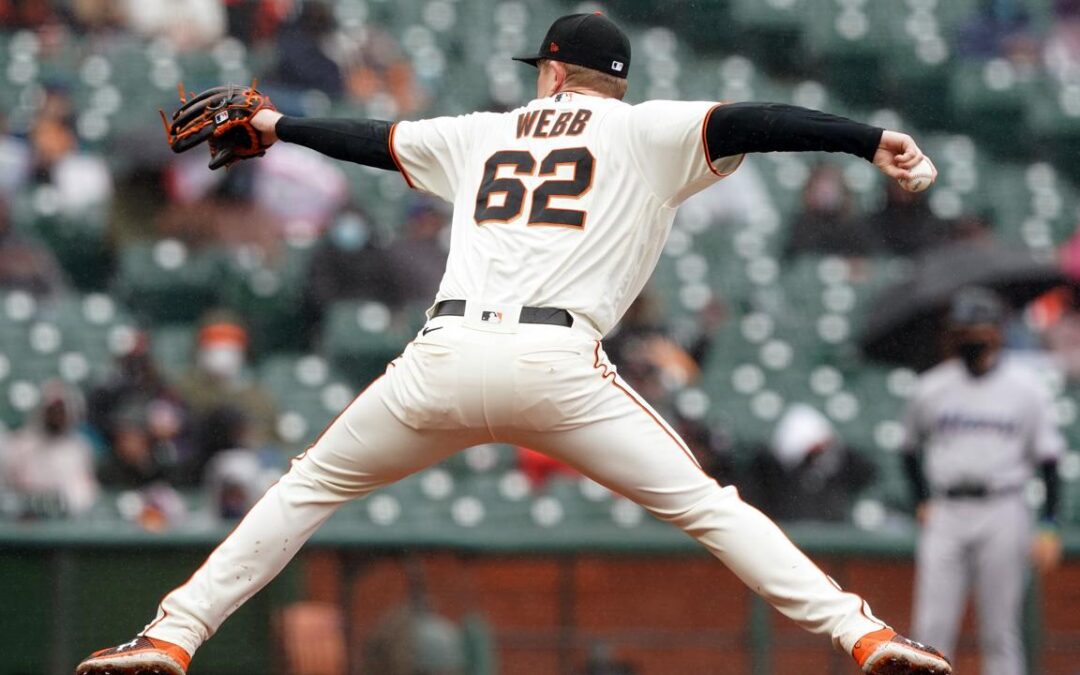 The Giants are not conforming to expectations as they continue to win and win in impressive fashion with superb starting pitching and sterling defense.

I love what Dr. Lefty said in her post Saturday:

Even though the Giants are sitting on the second-best record in baseball right now, the only interesting thing worth mentioning about them is that their surprisingly robust rotation could all be traded in July. I guess I can’t blame them too much–I thought the same thing going into this season. And yet, here they are, one game behind the Dodgers in the NL West, and ahead of the Padres…inconveniently inserting themselves into the “great Padres-Dodgers rivalry” storyline.

The Giants 4-3 win to take the series against the Marlins was an exercise in perseverance. Logan Webb was brilliant in earning his first win of the season with a 7-inning, 3-hit and zero runs performance. The Giants bullpen had a shaky 8th and 9th but managed to hold on to a big game with Tyler Rogers getting the save. The bullpen runs prevented Curt Casali from catching his 6th straight shutout but it was still a win. We will take it.

Though we are only in April still this win allowed the Giants to bounce back after a loss, something they are adept at doing this year. It means they take the season series against the Fish as well. Mr. Webb, in a winning effort, also hit a two-run triple and celebrated Timmy-Style by quoting the master: “F-ckk Yeah!” Here is the triple (I love Kuiper’s call.):

With the win the Giants go to 14-8, one game behind the Dodgers who lost yesterday to the Padres after surrendering a 7-1 lead early. What would happen if the Giants actually won the division? Would ESPN even cover it?

In other news, rumors of Madison Bumgarner’s demise are greatly exaggerated as the big lefty pitched a complete game, 7-inning no hitter yesterday against the Braves. Congratulations MadBum!