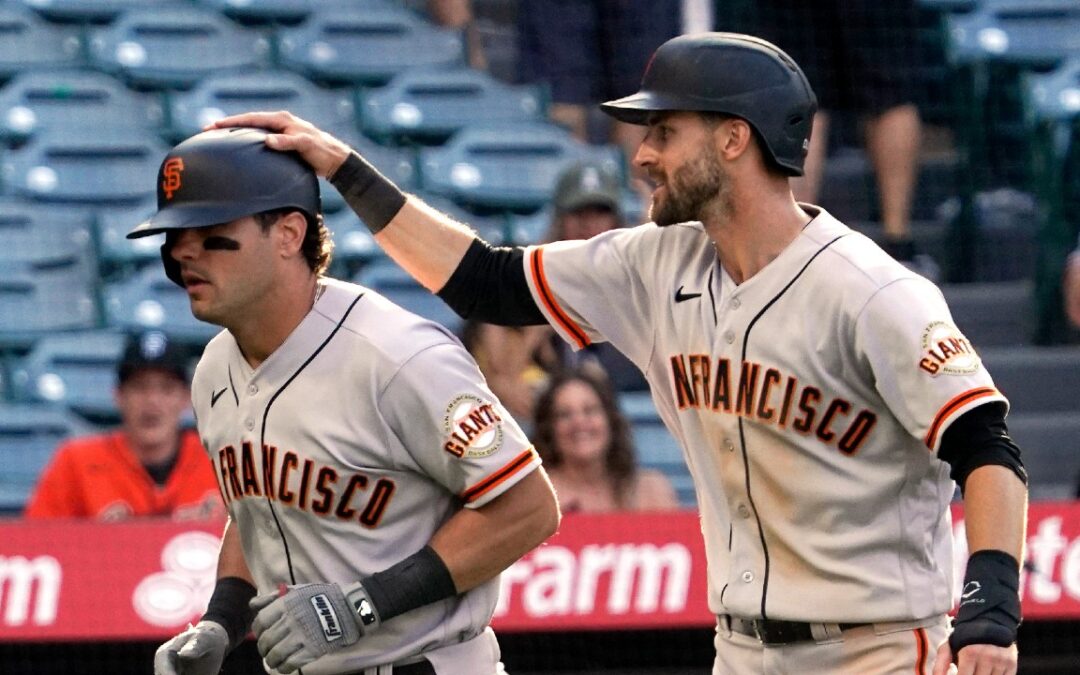 “It was a wild day for sure. Baseball sometimes happens.”
-Steven Duggar

A wild day indeed. The Giants survived a weird almost run on a replay overturning a close call at the plate. They then exploded for a snazzy 7-run top of the 13th inning to win what was at one point a pitcher’s duel, 9-3 against the Angels.

Kevin Gausman was once again, fabulous in allowing only 4 hits and one run in 7 innings of work while registering nine strikeouts. Gausman answered Shohei Ohtani’s six innings of one run ball beautifully. Once Ohtani was gone, the Angels had no use of the DH since they chose to let him hit for himself, a calculated gamble that hurt the Angels in the end.

The winning run for the Giants was on base thanks to a walk. It was another walk that plated the winning run, with Brandon Crawford at the plate. In all, the Angels had three walks and a wild pitch in a wilder 13th. It was a glorious inning that was capped off by a laser-beam three run home run by Mike Tauchman, who had been zero for five with five strikeouts until that at bat.

Steven Duggar hit an RBI double and a two-run single in that top of the 13th. His “infield single” was hit right into the shift. The problem was, for the Angels, the second baseman was playing in shallow right and had no chance to throw out Duggar at first. A beautiful thing happened on that play: Brandon Crawford scored all the way from second because he had an excellent read on the ball. So yes, officially, BCraw scored from second on an infield single. That is not supposed to happen in Major League Baseball but thanks to excellent, difference-making baseball instincts, it did and it was big.

Another HUGE play was the play at the plate. With Juan Legares at third Luis Rengifo hit a routine grounder to Darin Ruf with one out. Ruf fired a strike and Buster applied his patented swipe tag just a smidge before the speedy Legares could slide home and win the game for the halos. The ump called him safe. The replays overturned it and John Maddon whined about it as only he can. It was the right call.

Here is the 13th, thanks to the Giants Twitter people:

Let’s run it back to the Top of the 13th … pic.twitter.com/vplxCxmLiX

As always, there were excellent comments amidst the dross in yesterday’s thread. I was especially intrigued by the banter that pointed out the timing of Farhan Zaidi’s reign, as he inherited the veteran contracts he was forced to stick with them rather than trade them for pennies on the player…