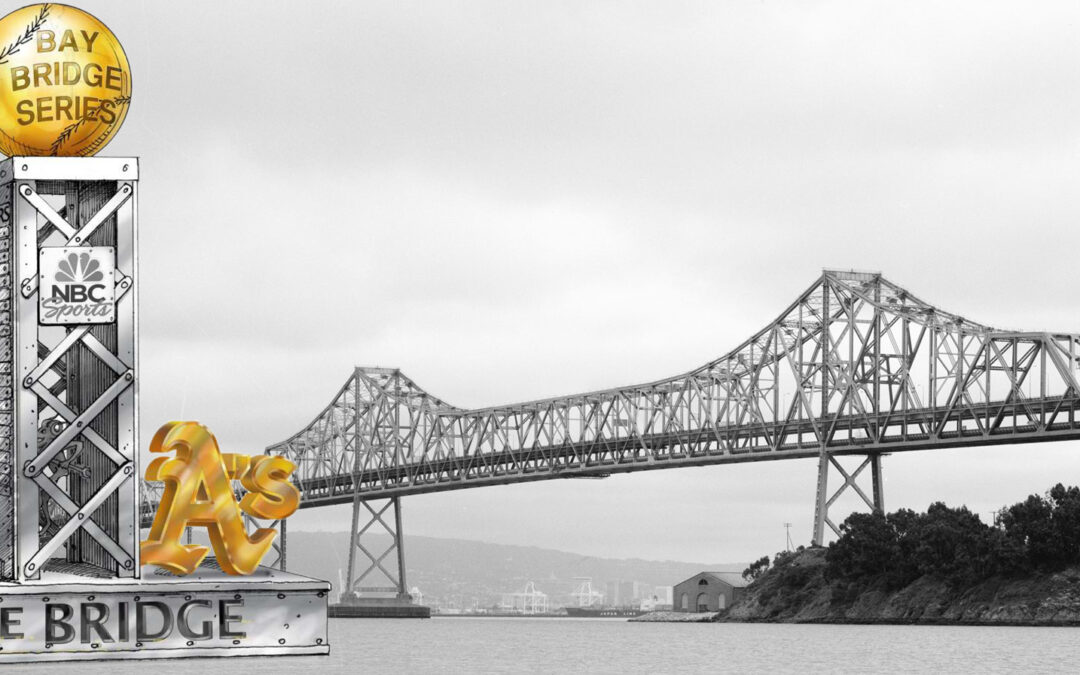 Traditionally the Bay Bridge has been kind of a weird series since the arrival of inter-league play. The Athletics of Oakland have often give the Giants fits of epic proportions. The A’s hold the lead in the series 83-70 with the Giants winning 40 of 79 in San Francisco.

Since 2018 the winner of the series is awarded a trophy called “The Tom Pellack Memorial Bridge Trophy”, or “The Bridge” for short. The trophy is actually made from a piece of the old Bay Bridge.

This year the Giants took 2 of 3 in San Francisco earlier in the season.

At press time the Giants are 2.5 games ahead of the Bums, who beat the Mets last night.

The Athletics have lost four of their last five and are firmly in second place with a record of 69-53, 2.5 games behind the Houston Cheaters.

The first game of the series will see Alex Wood face James Kaprielian at the Coliseum. First pitch is at 6:45 PM. They have a 34-25 record at home and are seeing big seasons from the likes of Matt Olson and Jed Lowrie.