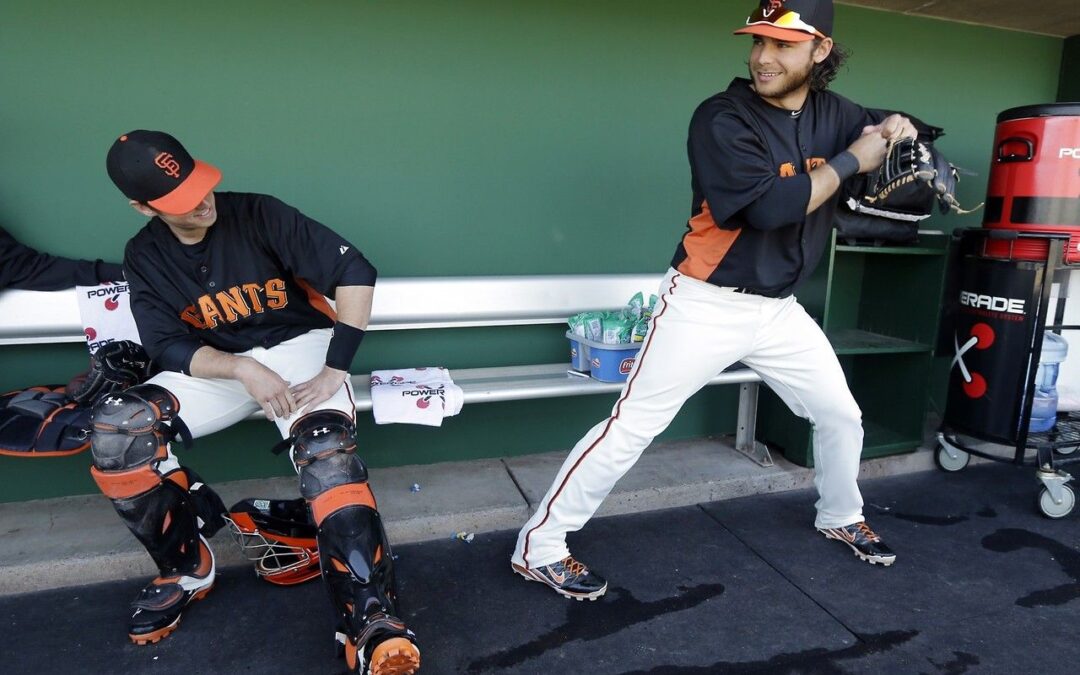 Two days ago Brandon Crawford published a beautiful essay on the retirement of his good friend, Buster Posey on The Player’s Tribune.

If you want to find out some interesting details about Brandon Craword and Buster Posey, details meaningful and details symbolic of the greatness of the Giants name, then you need to read the piece in its entirety. It made my day yesterday.

It will bring tears to your eyes if you have a pulse:

“Buster’s been there my entire professional career. We were part of the same 2008 Giants draft class. And we go back even further than that. We actually played against each other in a summer tournament in high school, so we go all the way back to 2004. He was on Team Georgia, and I was on Team California. This was before either of us had gotten too much hype, and I won’t say who won, but I distinctly remember him being on the other team because, well….

On Buster’s baseball acumen and talent as a young Minor Leaguer:

“His talent as a hitter was clear as day. And because I was always at shortstop, playing behind him, I had as good a view as anybody at the passion and skill he brought to the catcher’s position. I saw how he was able to work with all different types of pitchers, understand their strengths and weaknesses, and then partner with them to give our teams the best shot to win. You could almost see his brain working sometimes when it came to pitch selection and setting guys up, and it was just a very cool thing to watch.

But what really stood out to me was how Buster went about his business. How he carried himself, and prepared, and worked, and … just the mindset he took out onto the field every day.

It was like the guy was a walking baseball clinic or something, the perfect example of how to do everything the right way when it comes to playing the game.”

On Posey’s influence on the Giants and their winning culture:

“When you see your catcher, your leader, showing up every day with a singular focus of doing everything he can do to help his team win, without wanting any credit for it? When it’s not about ego? When it’s like: “This is what I’m supposed to do. This is my job. And I’m going to do it as well as I can”?

That perspective is contagious.”

On what Crawford will miss most since Buster’s retirement:

“for me, the toughest part about this is going to be not seeing my friend for 162-plus days of the year. Not having those conversations, those moments that all good friends share — the little inside jokes, the laughs, the companionship. We’ve played together for so long, been through so much together. So, over the years, all those things have become part of what playing baseball means to me.”

Thank you Brandon Crawford for these great sentiments and memories.