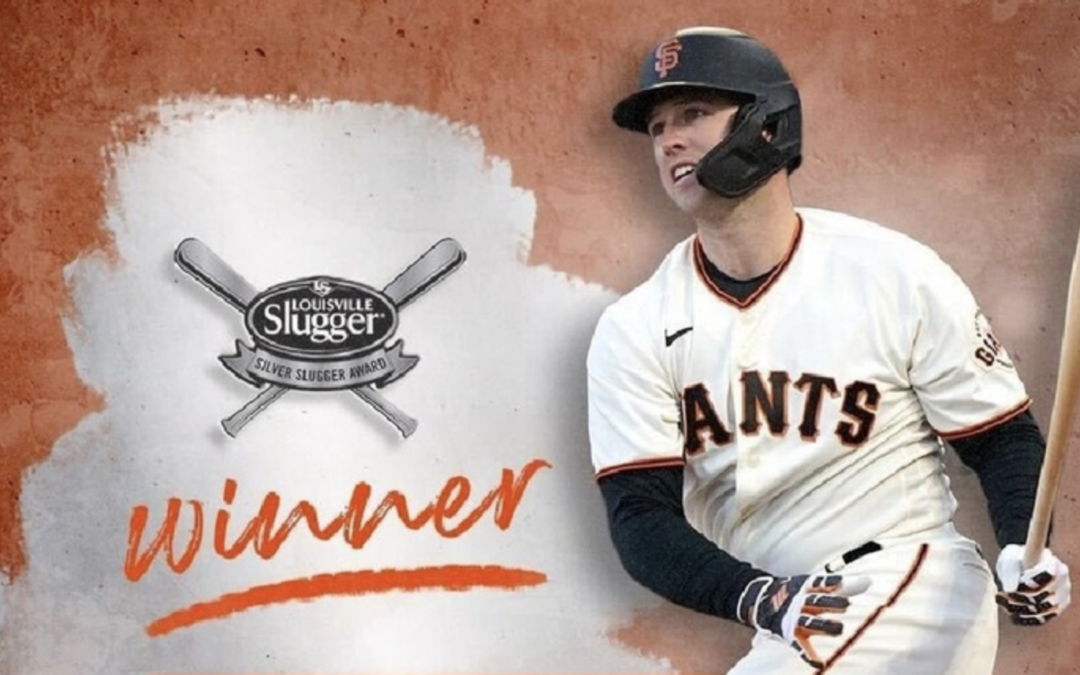 In what may be the final trophy on Buster Posey’s mantle, Major League Baseball awarded the Future Hall of Famer the 2021 Silver Slugger Award given to the best hitting catcher in the National League. MLB announced all the winners for 2021 in a never-ending series of awards and laurels. It’s fun when your team wins something…

Even though Buster did not qualify for the batting title since he did not have the requisite number of plate appearances, in our hearts and in the minds of the savants of the Major Leagues, we all know Buster was the best hitting catcher in 2021. He was also one of the best defensive catchers as well and his impact on every game is felt on every pitch.

This is Buster’s fifth Silver Slugger!