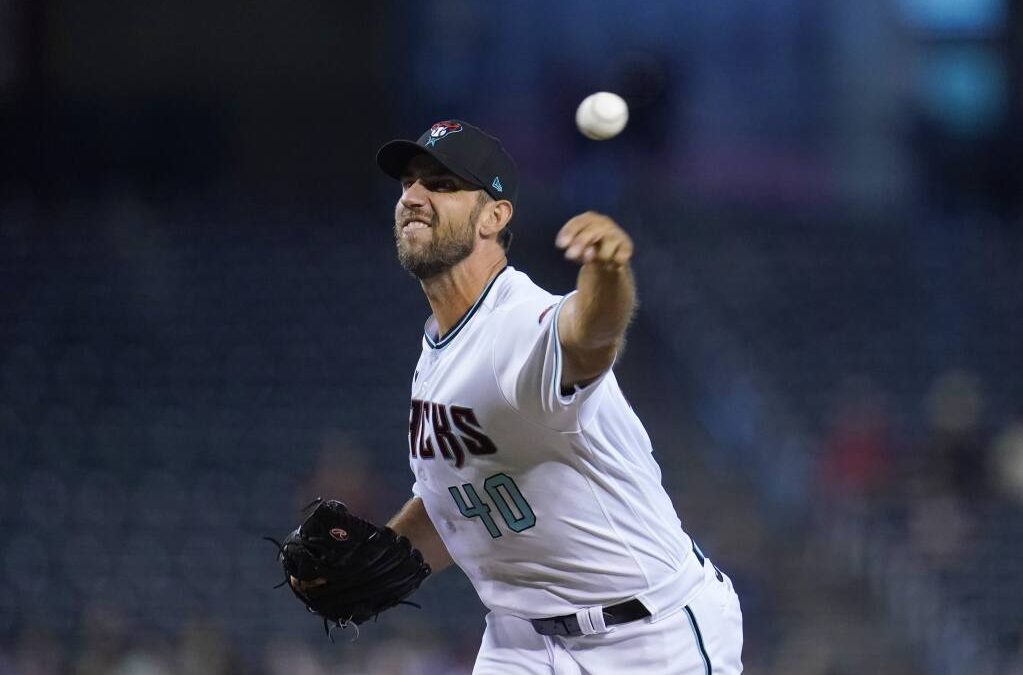 Yeah, I know. The headline is a bit goofy but you get the idea. The Giants lost again yesterday, 8-3. It was their fifth straight defeat and it came in Phoenix and guess who was the winning pitcher? Yes, Madison Bumgarner. It’s weird seeing him in a Diamondbacks uniform. I look forward to the day he retires as a Giant. But I digress..

MadBum in the Desert

Bumgarner went five innings allowing three runs and basically keeping his team in the game in a pitcher’s park. He still has that trademark intensity and cutting fastball that comes out of nowhere from his very deceptive motion. I wish he was still a Giant. I’m still bitter about him leaving.

The Giants are now 40-38, 9.5 games behind the Division-leading Los Angeles Dodgers. Our boys are in danger of hitting rock bottom very soon because it is obvious to everyone with eyes and ears that something is critically wrong with our beloved baseball team. On this fourth of July Carlos Rodon had a strange outing, where his stuff looked good enough but the results were not as hot as the Phoenix sun in July. He went five innings and allowed four runs but striking out seven.

There was a bad throwing error by Wilmer Flores.

To make matters worse for the Giants, being down 4-2 is not the end of the world in Phoenix. But the Rogers and Llovera each allowed two runs in their three innings combined, putting the game out of reach and continuing a trend this season when a Giants starter goes five, pitches well enough or at least keeps the team in the game only to have the middle relief crap the bed. It’s happened many times this season and accounts for many losses of more than three runs.

There was also a series of harsh, critical, and not inaccurate comments by Carlos Rodon after the game:

“I think something needs to change. I think we’re playing really bad baseball. You could say as much as you want, you know, but until we physically do something and make a change, I don’t think we’re going to see any results.”

To his credit, Carlos was also critical of his outing. Good on him.

LaMonte Wade Jr. hit a two-run single in the first to give the Giants an early lead that Rodon and the team would immediately relinquish in the bottom half of the inning. To me that was the key to the game: The Giants begin a road trip, get a blast to go ahead in the first and then…

David Villar made his Major League debut yesterday and lined a double to right field off the base of the wall on the first pitch he saw. Welcome to the Bigs David. Let’s hope he sticks around. He may be the Giants third baseman of the future and he has legit talent. Villar

What’s Wrong With the Giants?

Well, It’s a good question and would require about two thousand words. I recommend reading Dr. Lefty and Johnny Black on the subject.

Ok, so now that we know Anthony Desclafani, a pitcher I actually like to watch, is out for the season with ankle surgery I have questions:

Either way this situation stinks and puts the Giants in a big pitching hole. It is expected that Jakob Junis will take over the spot in the rotation.

Game two of the series is tonight at 6:40 PM, Glenn Campbell time. It’s Wood vs Gilbert. The Giants need a win in a bad way.