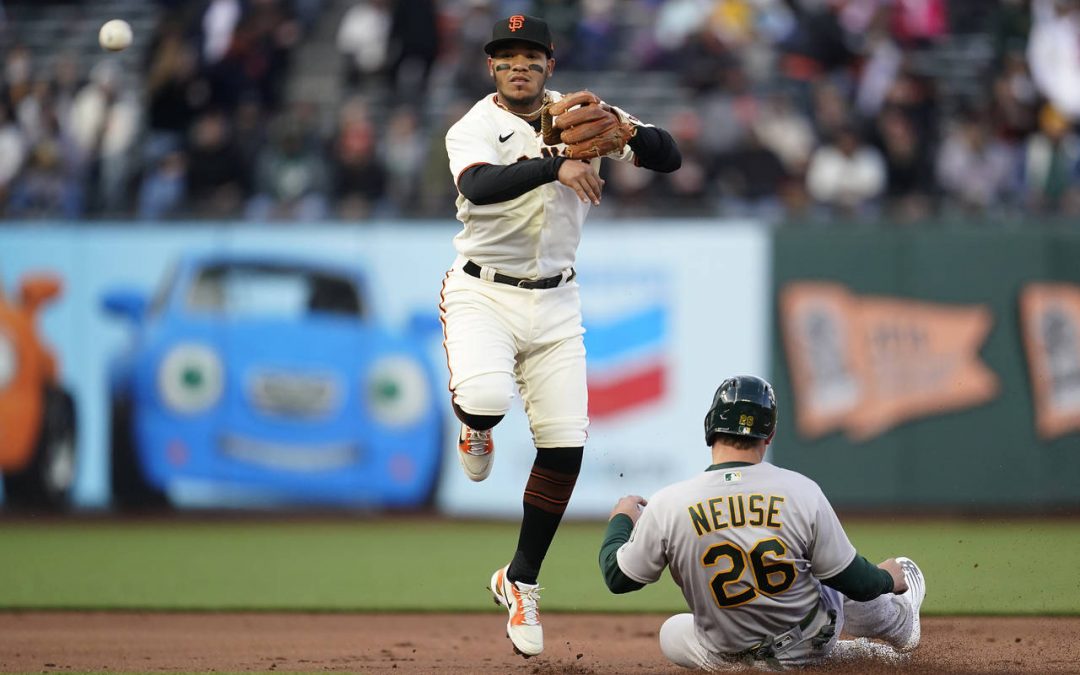 The most disconcerting thing about the Giants 1-0 loss to the Athletics in San Francisco last night was that it came at the hands of six Oakland pitchers. Taking a page out of the Gabe Kapler all hands on the pitching deck playbook, the Oaklanders used their pen to keep the smoking hot Giant bats at bay for a night. The Giants managed only three hits and never really threatened in the game. It was one of those nights, a chilly one in fact so we will forgive the Giants for getting shut out for the first time this season.

A’s starter Paul Blackburn shut our boys down though five then the A’s bullpen took over to close out the final four innings. So, it was not exactly the same as having a reliever start the game the way Sam Long did for the Giants but it was close.

There are no highlights, from a Giants standpoint, from this game (unless you count a Luis Gonzalez double but that bar is too low a metric for my standards) so I will keep this short and sweet by saying the Bums lost too so the Giants get to keep first place in the National League West all to themselves for at least another day.

Joc Pederson was removed from the game in the bottom of the fourth inning after experiencing, in his words, “groin weirdness” resulting from an attempt to break up a double play. He is hopeful that the MRI will not reveal serious injury and he will not spend time on the Injured List. So are we Joc, so are we…

The Giants announced a new acquisition off the waiver wire:

The Giants are at it again. They have claimed LHP Darien Núñez off waivers from the Dodgers. Núñez will be optioned to Triple-A Sacramento. He just had TJ surgery so they’ll presumably pay him to rehab and see what they’ve got.

It was revealed that the A’s President Dave Kaval was on Twitter pointing out seats that were empty at Oracle Park last night, in a display of very lame, very creepy schadenfreude that only the Oaklanders can produce. He was widely disparaged for this, and rightly so.

The Giants have a well-deserved off day today.