Cobb’s Bad Day at the Office 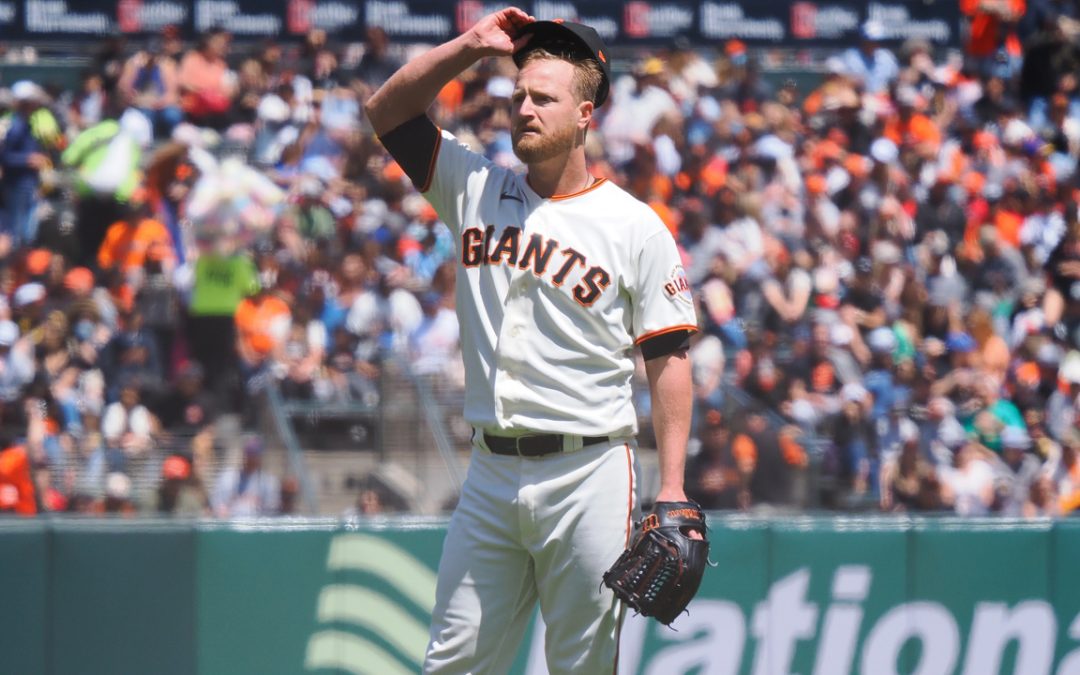 After 11 seasons and 1,132 games in the minors, @JasonKrizan has his first big league knock 🙌 pic.twitter.com/KJVhmewSwh

There’s your highlight from yesterday’s dreadful 11-5 loss to the Nationals at Willie Mays Field. It was perhaps the most awful, stupid, dreadful and uninspiring loss of the young season. Since I woke up to find the Giants are only half a game from first place I will not go all nuts about this game. We will wash it off.. get it.. “Wash”ington…?

Let’s start by saying the game turned on one play in the top of the first inning. Or, more specifically, on a play that was not made by Jason Vosler at third base. Some unknown National hit a routine two-hopper down the line with runners on first and second base and Alex Cobb struggling mightily in his first start back from a short stint on the IL. The ball has “third to first double play” written all over it. If the play is made, the Nationals have a runner on second with two outs and very possibly Cobb gets out of the jam smelling like a rose. Instead, as Vosler takes a few steps to corral the ball on his backhand he, at the last minute, glances up to see where the bag is. Unfortunately that little glance took him away from that ever so important moment of truth: ball being caught in glove. He would miss the ball completely, a run scored and it got worse from there as no outs were recorded and runners would end up on second and third.

You just knew it was going to be a  horrific inning when former Giant prospect, Lucius Fox (I remember when the Giants made a big deal in signing him when he was 18 in 2015 with a $6 million bonus) got his first Major League hit: a dribbler to short as the Giants are playing the shift.

Alex Cobb would end up surrendering five runs and not escape the inning as Sam Long was called in to get the last out. It was a truly perfect nightmare inning in the decisive game of a three-game series that saw the Giants pitchers give up 45 hits in three games and lose two of three to a Nationals team that got their asses handed to them last weekend by our boys.

With a starting line up including names like Ford, Krizian, Vosler and Gonzalez the Giants needed Cobb to be himself, pitch a solid game and let home team find a way to win. It would not happen.

To make matters muuuuuch worse, the Giants would score five in the bottom of the seventh to make what was then an 8-0 game respectable, the relief corps (Looking at you Marte, McGee and Beede) would give up three more runs before the game was over. Those add-on runs were also a KILLLER!

Make no mistake however, the game was decided in the first inning on the double play that was not made. It is one example of a loss being directly attributed to poor defensive play and shows how much Evan Longoria is missed at third base. There have been many other examples of poor play at third base but usually the Giants bats would pound thunder to make up for those miscues or the lights out pitching staff would smother hopes of a rally. This was not the case yesterday.

Alex Cobb’s stuff looked good enough. Unfortunately he had no idea where his pitchers were going, Fastballs found there way up and out of the zone or down the middle and the sound of cracking Nationals bats that hissed smoke from solid contact. To be fair, there was some soft contact in the first inning and the walks and defensive mis-play contributed as much as anything to his downfall.

Sooo. one of the things I took note of in that horrific first inning is Joey Bart, more specifically, how he catches pitches, he he sets up before a pitch and his overall catching technique. I like his power. I like his arm. But… from a defensive point of view there is room for coaching… In the first inning I watched the Giant catcher snagging pitches rather than cradling them. Now, granted some of that was due to Cobb’s terrible wildness but there were many cases where pitches were received and too quickly snatched rather than framed and cradled to give the impression to the umpire that those pitches arrived in the location they were intended. There were also many pitches where he did not provide a target or left one so half-hearted and so quickly that it was more like an impression of a target. Lastly, Bart needs to put his right hand behind his back or behind his glove/under his leg when he receives a pitch. In pretty much every pitch it is exposed and vulnerable to foul tips that could cause him serious and unnecessary damage. This is a catching fundamental that shocks me every time it is not utilized.

I am also not in favor of the occasional one-knee-on the ground stance when receiving pitches with nobody on base or in non-running situations. That position is yet another stupid example of Analytics-based philosophy confusing the trees for the forest. It is said that with the one-knee stance a catcher gives an umpire a better view of the pitch and thus is better able to call border line pitches strikes. Well, allow me to retort: Buster Posey never did it and he was one of the best framers and receivers in the game for over a decade. Johnny Bench never did it. Ditto with Gary Carter.

I do not buy it but I’m just some baseball blog writer who has not played an inning since the Reagan Administration. For my money the squat is much more focused, allows for more mobility in blocking balls (something that Bart has been rather solid in however) and gives the pitcher a more symmetrical target to pitch to from a visual and psychological point of view.

Jason Krizan was later optioned back to AAA Sacramento. So, Congratulations on your first big league knock young man now go back to the Minors. Ouch! Life is tough for professional baseball players…

Yunior Marte was also sent back down. Both were moves required to set the roster back to 26 after the special one-month period for the 28 players.

Today Is an Off-Day

The Giants are off today and head south to Hollywood for a two-game series against the Bums that begins on Tuesday night.