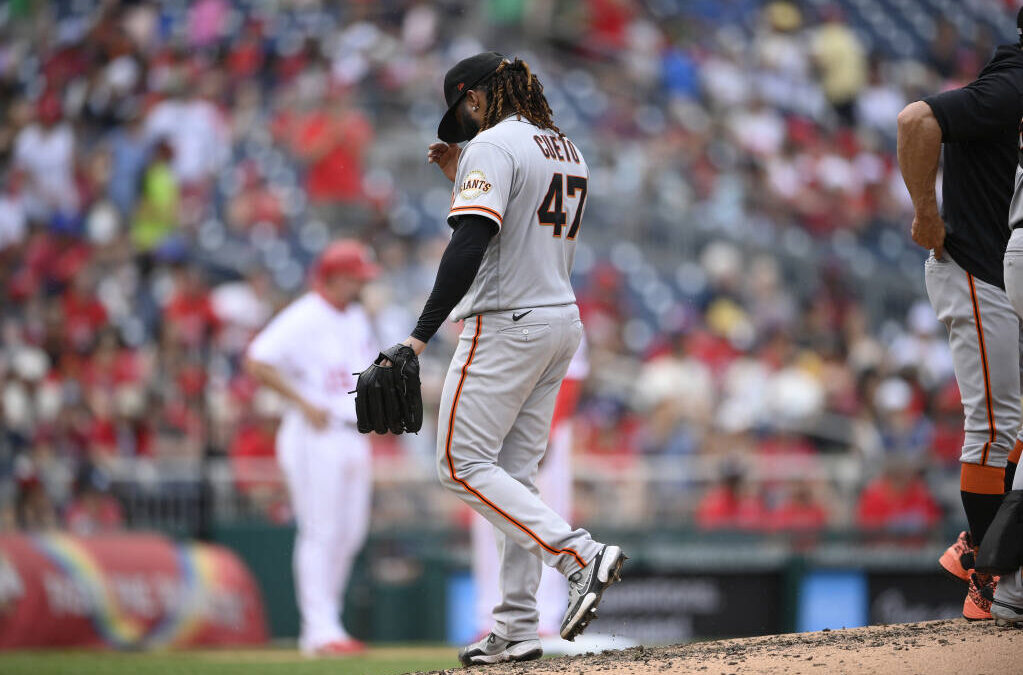 In their four game series over the weekend in Washington the Giants scored a grand total of 3 runs and still split the series! That is simply crazy. It was a weird series and the Giants are starting to pay the price for all the injuries to their right-handed bats, particularly to the likes of Evan Longoria and Darin Ruff, two guys who were hot and key ingredients of the team’s success.

The Giants just concluded a six-game road trip against two of the worst teams in baseball (Texas and Washington) and went 3-3 as the Dodgers gained ground in the NL West.

The Giants continue to play at least .500 ball on the road and that is all we can ask for, especially with all the injuries (see above).

It’s not that we lost so much as how we lost. And for that matter how we won. Extremely low energy. Holes and weaknesses in the hitters were exposed. Nats pitchers, and Gibson, knew what they were doing. Maybe getting a split on the road is what you aim for against top flight teams, but bottom feeders? Too bad for the Giants. I doubt they’re happy with a split.

This is all true. At this point of the season a split of a six game road trip is completely acceptable, especially given two games were inter-league and we just lost Longoria for two months. Furthermore, your scenario for AZ/Philly home stand is also spot on.

The thought that because we’re playing three straight series vs. last place teams we should go 9-1 is ludicrous. It upsets the baseball spirits, and it disrespects those teams.

Every team wins/loses games they should not have won/lost. That’s baseball. Win five of nine you’re probably in the postseason.

We have issues right now. Here’s hoping they are addressed and resolved quickly.

There are no games scheduled today. That’s just wrong.