Do You Want the Good News or the Bad News First? 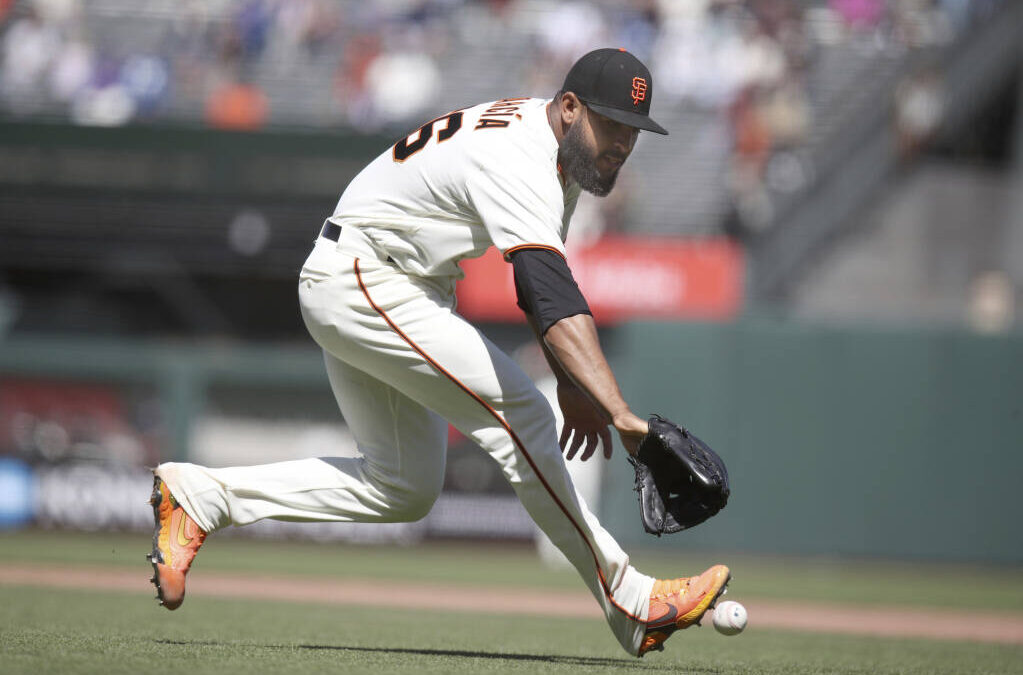 If there ever was a loss one could live with this season it was yesterday’s 4-3 defeat at the hands of the Cubs. The Giants had taken the first three games of the series after splitting two with the Angels at home right after another 3 of 4 series win over the Dodgers in the Southland. It has been a great week for the Giants despite yesterday’s outcome. It is important to remember that the Cubs rolled into San Francisco red-hot after sweeping the Padres and Dodgers down south.

The real bad news was Evan Longoria’s prognosis after suffering what looked like a serious injury on Saturday in his collision with Brandon Crawford. He was officially placed on the 10-Day Injured List. The diagnosis is a dislocated SC joint which links the clavicle to the sternum. You are welcome for the anatomy lesson. The Giants have not released news at press time, concerning the length of his stay on the IL but I would put it down in ink: Longo will be out at least 4-6 weeks, if not more. Infielder Thairo Estrada was recalled from Sacramento to take his place on the roster. You can read about Estrada’s career here.

The Longoria loss really hurts the Giants both defensively and offensively but, as they have done all year, the Giants have found ways to overcome injuries to key players with successful call-ups. The depth and the performance by part-time players like Steven Duggar, LaMonte Wade Jr. and many others has bee one of the top three factors in the Giants successful run this season.

Now, about yesterday’s game… Wisdom overcame our boys. Yes, Patrick Wisdom of the Cubs hit two homers totalling about 835 feet. He drove in three runs and was basically a one-man wrecking crew. But it was an unearned run in the top of the fifth that was the difference in the game. Mauricio Dubon, playing short, fired a throw home to nail a Cubs runner when Buster Posey was unable to catch the throw as it bounced off the heel of his glove, allowing the winning run to score. The error was only Buster’s second of the year but it was a big one. Johnny Cueto allowed both homers to Wisdom and four runs total with three earned.

The Giants had a 3-1 lead in the second after a lead-off homer by the aforementioned Mr. Wade Jr. in the first and runs batted in by Donnie Barrells and Buster, who had three hits in the game. The story of the game, however, may be that the Giants were shutout for seven innings after getting to Kyle Hendricks early and the fact that Johnny Beisbol could not hold the lead he was given. The Giants were not able to get to the Cubs bullpen either in 2 1/3 innings.

In a sign of rising expectations and a hunger for the sweep Giants Manager Gabe Kapler had a terse comment about the game yesterday and the Giants missed opportunities:

“You know, openly and as directly as I can — after we lost a really close game I’m not in the mood to talk about and reflect on the season and the record,”

I love the attitude.

There was some good news yesterday. Both the Bums and the Padres lost which means the Giants are still two games ahead in first place, on top of San Diego….The Zombies refuse to die….I love Dr. Lefty’s analysis on Saturday. If you have not read it, drop everything and head right over to Out of Left Field.

Here is the Wade Jr. homer, a thing of beauty to the opposite field off a knee-high fastball on the outer half of the plate.

Over the weekend the Giants as an organization made Major League history in celebrating and commemorating Pride Weekend. This was a major step in mainstreaming the Gay, Lesbian, Queer and Trans community among American sports and of course it is only proper that it should start in San Francisco by the Giants.

The Giants are off today before playing two in Texas against the Rangers starting Tuesday.