Doomed by the Big Inning, Again 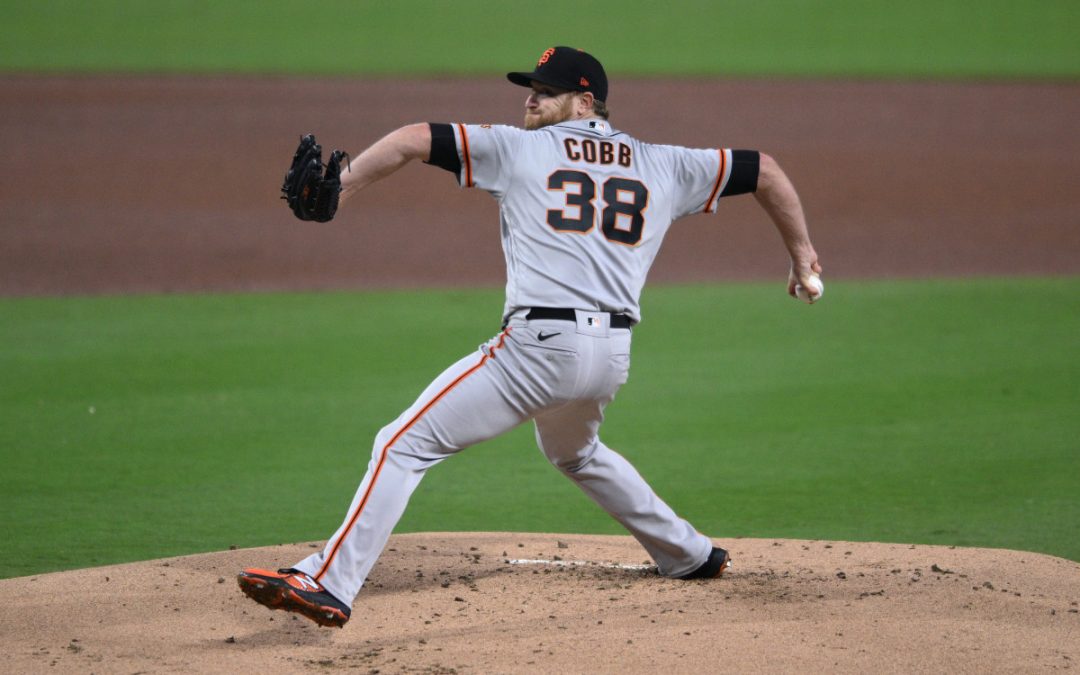 The big inning has always been an interesting baseball phenomenon. How many runs does it take for an inning to qualify as “big?” In my book it is three or more. For the second consecutive night and loss the Giants were doomed by the big inning against the Padres. In last night’s 6-2 setback the Giants gave up four San Diego runs in the bottom of the sixth inning inning in a game that was 1-zip Padres at the time. In Monday night’s disastrous 7-4 loss the Padres scored four in the bottom of the seventh in the middle of an zero-zero game. That the Giants rallied for four in the top of the ninth only added to the sting of the loss that saw the San Franciscans run of hot September baseball end with a thud in San Diego Land.

The Giants are now 80-81 and enter the final day of the season with a chance at a .500 record that matters only for aesthetics and draft position, and that’s about it.

A Five-Inning Outing by a Starting Pitcher Is Nothing to Write Home About!

Alex Cobb pitched five innings and allowed a lone run on seven hits. He struck out seven and walked none. He threw 73 pitches of which 50 were strikes. In other words he was superb. The problem in this game, and it’s a good sample of the worst part of the Giants this season, is that the bullpen made a close game a sure loss by allowing all those San Diego insurance runs. The issue not mentioned is that Cobb could only go five innings, once again.

This game is Exhibit A in the case for starting pitchers going deeper into games. With so many five-plus outings by the Giant starting staff there is simply too much pressure every night placed on the shoulders of a relief corps that bears zero resemblance to the 2010 or 2012 bullpens of the Championship seasons. Why oh why don’t the Analytics nerds see this empirical evidence staring them in the face?

The Padres did their damage as soon as they got a taste of the Giants bullpen. More specifically, it was Jharel Cotton who was tagged for the big four run bottom of the sixth. Coupled with Padre starter Sean Manaea’s strong performance and you have a loss.

The Giant bats were very quiet in this game, getting only an RBI double from Bryce Johnson and a fielder’s choice from Proctor in the top of the sixth inning.

Yesterday Grant Brisbee had a fun and interesting piece in The Athletic on why the Giants super September record in which they went 19-10, matters when evaluating the the 2022 season. I’m not sure agree with his conclusions but in his article he had a very interesting stat line. It was a list of the actual vs expected run prevention by key figures in the Giants bullpen:

You see where I’m going with this? The Giants pen, apart from their historically awful defense, is a big reason why the squad that won the Division and a 107 games last year is watching the postseason on their flatscreen television sets in 2022.

In his Weekend Wrap on Monday Johnny Black mentioned the Giants issues with allowing add-on runs in close games, even those where they are losing by a run or two and what a difference it has been from 2022. Brisbee’s stat line paints the picture precisely. Last night’s game was yet another example. Those add-on runs allowed by the middle relief corps in tight games, especially against good teams, are back-breakers and a big reason why the Giants have lost 81 games in 2022.

There were quite a few roster moves yesterday and Sunday. On Sunday, right before the walk-off win, Evan Longoria suffered a fracture on a grounder that took a wicked hop. He will miss today’s game and need six weeks to recover. Yesterday Andrew Baggarly wrote an interesting overview on the pros and cons of exercising the team option on Longoria’s final year for next season.  Longoria himself admitted he would be willing to take a pay cut to play one more season and stay with the Giants. If he walks he will try to sign with another club.

I concur with Mr. Johnny Black and Nate’s Fan Mom who argue that it’s time to let guys like BB9 and Longo walk. These past two seasons have show they cannot be counted on to stay healthy. It’s time for the Villar era to begin. It’s time for a younger and more athletic team. It’s time to invest in the future and make a statement to the Minor League corps, to the fans and to the team that the Giants need to stop counting on guys on the waning end of their careers to carry the bulk of the offensive load. It ain’t happening.

Here are the roster moves announced by the Giants:

The 2022 season ends for the Giants today(sniff-sniff).  Game time is 1:10 PM, Dave Winfield time. Neither team has announced a starting pitcher at press time. Maybe Brandon Crawford can pitch an inning?

Stay tuned for the 2022 season in review pieces the TWG staff will be offering in the coming days.