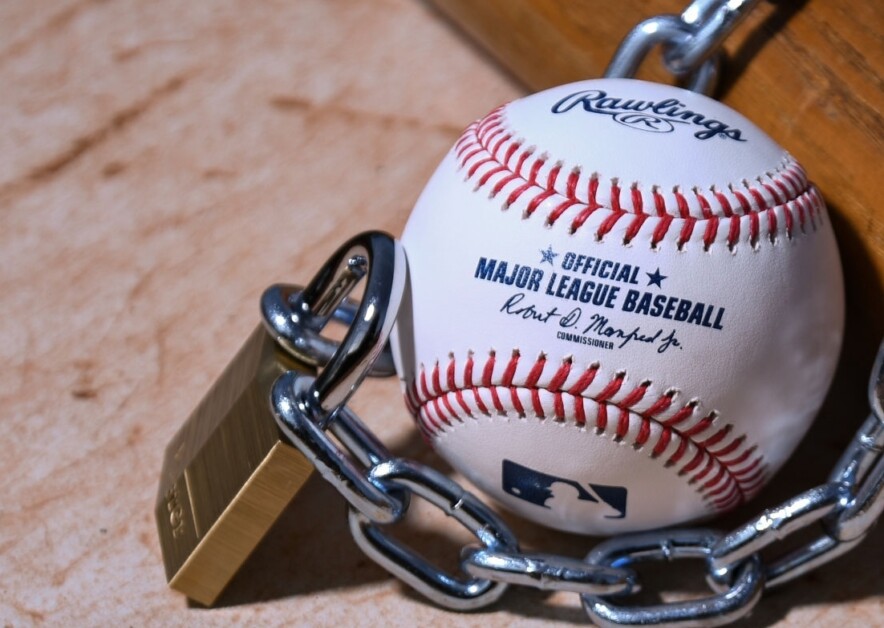 It’s my duty to inform you that Greek Giant is now officially angry.

Yesterday Major League Baseball cancelled, not postponed but CANCELLED the first two series of the 2022 season. This cancellation came about because no agreement was reached between the owners and the Players Union yesterday, the deadline for a full season of games and four weeks of Spring Training after a Collective Bargaining Agreement.

For the Giants this means their first road trip is kaput. It was to be four games in San Diego and three games in Milwaukee.

This news is bad enough but to make matters even worse and to demonstrate the bad faith and cynicism of the owners we have the false reports “leaked” yesterday that the two sides were close to an agreement. It turns out that was just BS.

Let’s get a few things clear: This is 100% on the owners and Commissioner Rob Manfred. They are your firestarters in this season they want to burn down to destroy the Players Union. It is ugly.

Make no mistake: There is no “both sides are at fault here.” This is a union-busting attempt by the owners to gain even more leverage and control salaries while reaping in more and more dollars as their franchises continue to soar in value.

This is from Grant Brisbee’s column today:

“Now consider what the players are asking for. You’ll read things like, “Oh, both sides have to make concessions,” but this ignores that the players are not asking for this system to be blown up. They’re not asking for a revolution. Even with their most recent proposal, they’re conceding that the basic framework of this system remains intact. Young players will still be underpaid relative to their production. There will still be artificial restrictions on free-agent spending. The players are asking for the young players to continue to be underpaid, just less so. They’ve given up on eliminating the artificial restrictions, they’re just asking for them to be slightly less onerous.

The owners are saying no. Also, they want more postseason teams to make more money. They will not be sharing this extra money, either. They’re willing to eat a month of the season to crush the union even more, even with revenues at an all-time high.”

The facts are this: The Players Union has left town. This means there is no news on when negotiations will even continue! With each passing day the 2022 season appears to be more and more in jeopardy.

“In past labor negotiations, fans generally have been quick to blame players, viewing them as lucky to be paid at all for playing a child’s game. Many fans today, however, are well aware the owners are much wealthier than the players and part of the industry for much longer. And every time Manfred opens his mouth publicly, he only makes matters worse.

He called the lockout “defensive” when it was nothing of the sort. He said the strategy was intended to “jumpstart” negotiations, then waited 43 days to make an offer. He claimed the owners could make more in the stock market than with the resales of their clubs. He portrayed himself as a master negotiator, practically a candidate for the Nobel Peace Prize, while his negotiations were going nowhere.

Manfred can’t deal with this union? He breathed life into this union. Yes, his job is difficult, more difficult than many of us know. But it’s his responsibility to lead the owners, and by extension the sport. Give him credit for this much: He said missing games would be a disastrous outcome for the industry. On that point, he’s about to be proven right.”

What make this lockout so egregious is that it was not even necessary. From a financial standpoint the Major League game of baseball is quite healthy. It’s short term outlook is very good. The players just want a bit more parity for their young stars, more competition from all teams, and more free agent signings. They are not asking for the world, only for reasonable incremental increases of the very large baseball pie.

The owners response: “Go Fu88*k Yourself.” It is now clear they want to destroy the union and return to the days when players were literal possessions of their clubs (think 1940s NY Yankees).

As the game of baseball disappears from the American consciousness and the media the owners are resorting to brinkmanship only to line their pockets even further. This is just unimaginable, unadulterated greed. It is madness and it is unnecessary.

Adios Major League Baseball. It was nice knowing you…