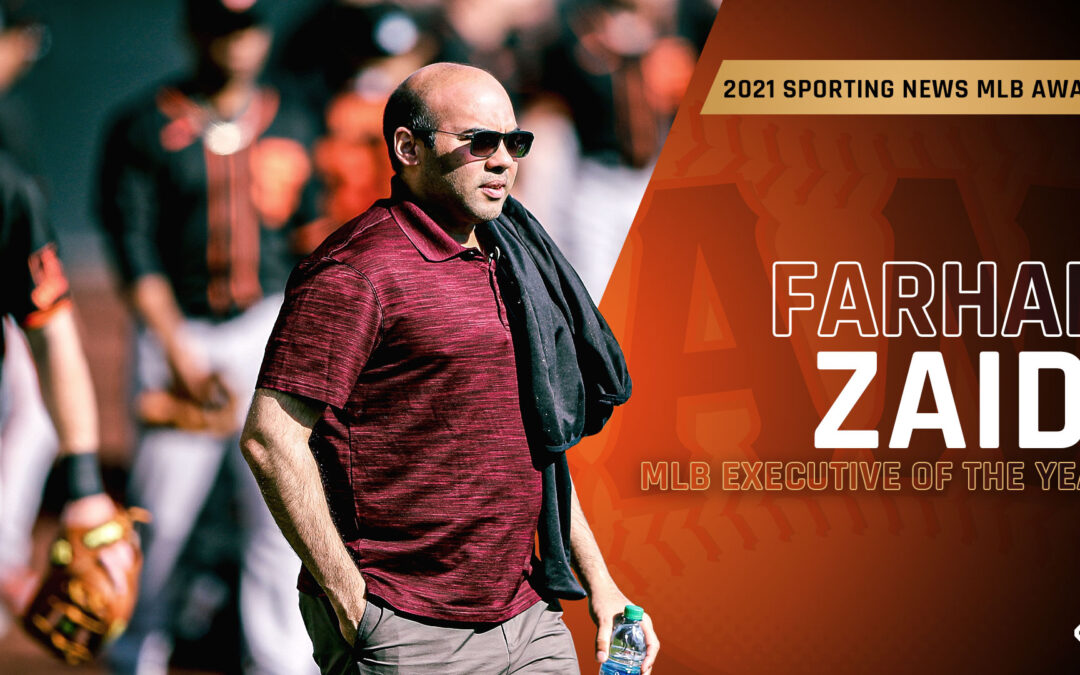 #SFGiants President of Baseball Operations Farhan Zaidi has been named the recipient of MLB’s 2021 Executive of the Year Award.

This is from the ESPN story:

I believe it is fair to say that the Giants progression from a 98-loss season in 2017 to a 107-win team in 2021 has been quite stunning. There are many reasons for this turnaround and they pretty much all start with Farhan Zaidi. The interesting aspect of this award is that it is voted by Zaidi’s peers, high praise indeed.

“It’s really overwhelming to be in a position where your colleagues elect you to this award. Billy Beane and David Forst gave me my start, and I’m really grateful for that.”
–Farhan Zaidi

There are some interesting notes in Zaidi’s career that were pointed out by ESPN. Did you know that Farhan is only 44? Did you know he has a PhD in Economics? Did you know that he graduated from MIT and would likely be the most sought-after GM in baseball today if he were suddenly looking for a job?

The award is a nice way of re-affirming a fantastic season for our San Francisco baseballers.