From Heartbreak to Hope in The Rocky Mountains 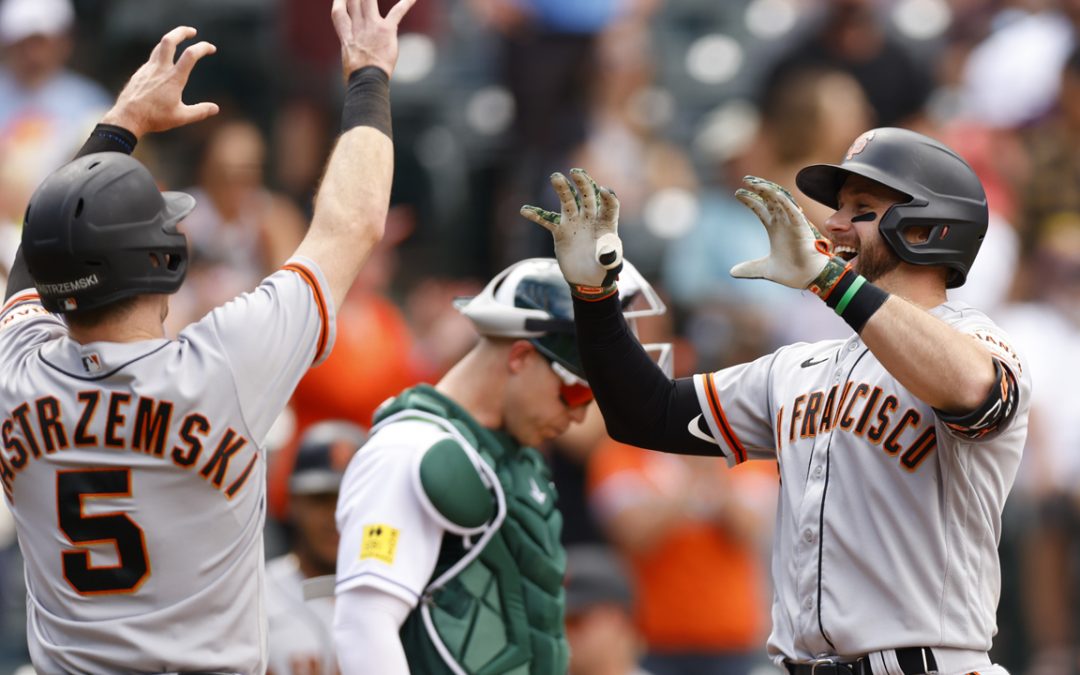 That title sounds like a Young Adult novel about a rescue mission. Well, yesterday, you could say the Giants rescued their season with a win.

So the Giants managed to salvage a win in Denver yesterday, beating the Rockies 9-8 in a typical Todd Helton Field game. The Giants blew a four-run lead in the 7th and and a two-run lead in the tenth inning but managed to close out the game after Wilmer Flores hit a sacrifice fly in the top of the 11th inning. It was that kind of game: From heartbreak to hope and back and back again.

After a five-game winning streak the Giants hit the skids again. This game was about getting back the control of a vehicle about to skid off a cliff and into the abyss of a lost season.

The Giants used 28 pitchers in yesterday’s game. And people say the game of Major League Baseball is just fine as it is… Ok, it was not 28 but it was 8 and that’s just crazy, even in an 11-inning game in Denver.

Dominic Leone got the win and Zack Littell earned the save. Littell, in my book, is a key part of the Giants bullpen.

Jakob Junis was hit with a ball off a Rockies bat in the seventh inning and left the game. X-Rays were negative. His departure opened the door for the Rockies comeback. Up until his exit he had pitched  6 2/3 innings and allowed three runs off five hits.

Evan Longoria hit a grand slam and had three hits. He was the main offensive weapon. His bat and his body seem to be coming around just in time for the stretch drive. The grand slam came off a Kyle Freeland slider down and in. Longoria rocketed it just over the left field wall when the game was tied at 2 in the top of the seventh inning. It was big.

Well that was ✨grand✨ pic.twitter.com/bATQcfYz8r

Austin Wynns went 2-5 with two ribeyes as well. The Giants, as a team, had ten hits in the game and scored nine runs. That’s called efficient baseballing, Giants fans. The winning run scored when LaMonte Wade Jr. sacrificed Yaz, the automatic runner, to third base to set the stage for Flores and his sac fly. It was an uncharacteristically small ball type of offense that won the day. Imagine that! The Giants won a game by manufacturing a run!

The game ended on a spectacular double play when LaMonte Wade Jr. Caught a fly ball in semi-deep right field for out number two and automatic runner Sam Hilliard tried to advanced to third. Wade threw a bullet that Longoria fielded on one hope and in one motion tagged the heel of the runner. The play was initially ruled safe and was overturned upon the replay review. It was quite a way to end a baseball game.

“I knew I touched him and I purposely put myself out in front of the bag to be able to get his foot hopefully before he got to the bag. Really the credit goes to LaMonte. He put the throw right on the money and gave me a chance to put the tag on him.”

Oh, and Longoria also made this play: It’s amazing.

Testing Longo was a mistake 🙅‍♂️

The Giants have claimed C Patrick Mazeika off waivers from the Mets.

IF Donnie Walton has been recalled from Triple-A Sacramento and placed on the 60-day Injured List with right shoulder inflammation.