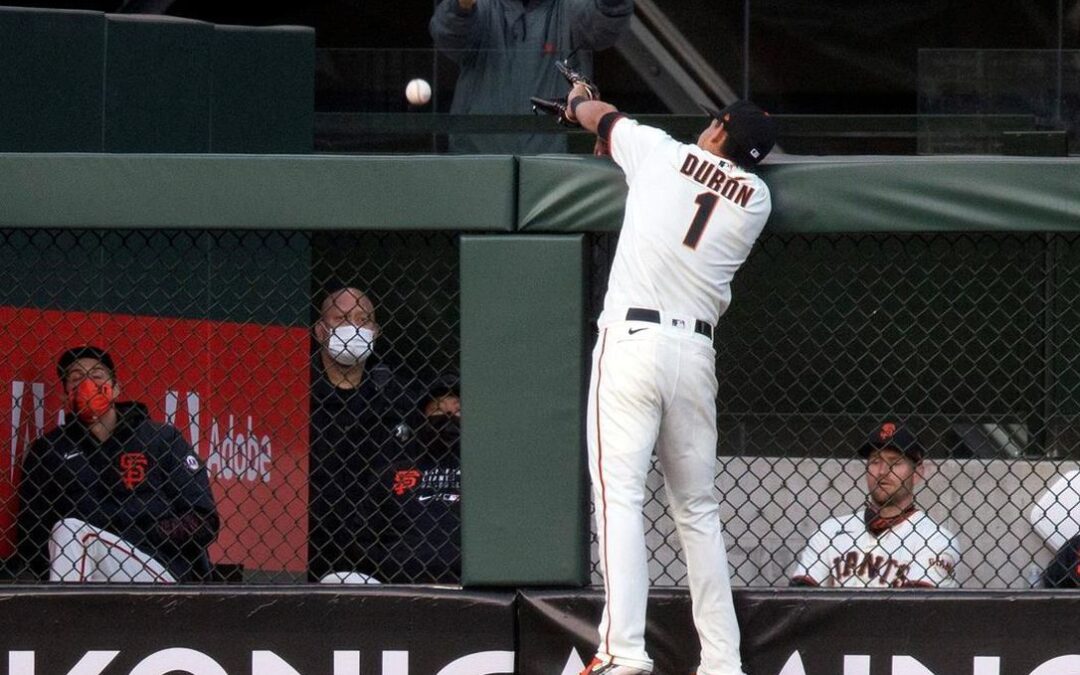 The Giants bats are still cold. The Reds pitching was red hot last night. End of story. The Giants ended their four-game winning streak on a chilly night at Willie Mays Field. They mustered two hits the whole game. It was a sleepy offense. Wade Miley was just too good against an all-righty Giants lineup. Ditto Mr. Antone of the Reds. Joey Votto and Jesse Winkler homered. Aaron Sanchez pitched five innings allowing two runs. That outing continues the Giants streak to 10 games with a starter going at least five.

Mauricio Dubon made a good play in Center. Check out the replies to the official Giants Twitter account:

Before the game the Giants paid tribute to Mike Bell, the brother of Reds Manager David Bell who passed away recently. This exchange is courtesy of ESPN:

Before the first pitch, Giants outfielder LaMonte Wade Jr. accompanied manager Gabe Kapler to home plate for the lineup card exchange with Reds manager David Bell. Wade wanted to personally tell Bell how much his late brother Mike meant to him while he was with the Twins. Former Minnesota bench coach Mike Bell died last month of cancer at age 46. “It was incredible. An unbelievable gesture by LaMonte and Gabe and the Giants,” Bell said. “All I can say is what it meant to me and my family, just another sign and example of people Mike touched. I was blown away.”