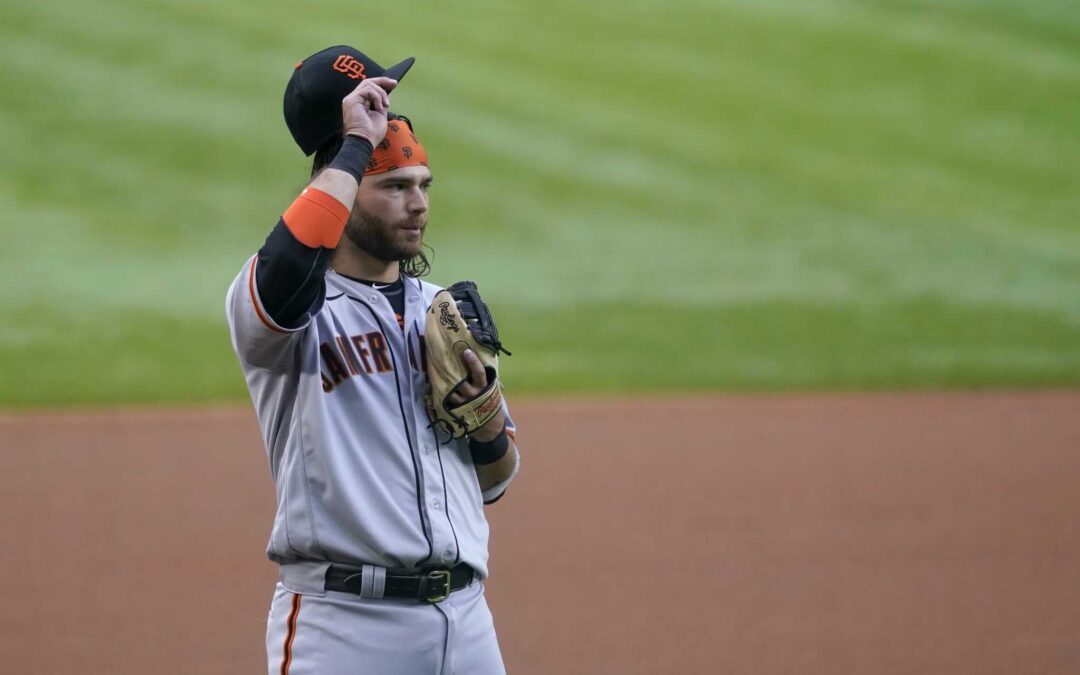 Mike Tauchman hit a laser beam just inside the right field foul pole on a 3-1 pitch on the inside corner with two outs in the top of the 8th inning and the Giants losing 4-2. That laser beam became Tauchman’s first career gand slam and turned the game in the Giants favor. Brandon Crawford would add a three-run home run in the top of the 9th (remember when the Giants had an aversion to add-on runs?) to put the game away. It was an epic night of Giant lumber with the San Francisco shortstop pushing his team-leading ribeye total to 40. To make matters even sweeter the Crawford homer in the ninth was his second of the game thanks to his solo shot in the top of the 6th inning. Both were laser beams, the first to right center, the second to dead right field. Each of the three homers came on fastballs.

This was a special night for Brandon Crawford for another reason as well. He became the Giants all time leader in games played at shortstop with 1,326 and counting. I can think of no Giant shortstop who deserves that honor more. The multi-homer game was the fifth in his career.

The winning rally in the top of the 8th inning started with a Brandon Belt (playing in his first game after missing 11) single and walks to Brandon Crawford and Steven Duggar. At the time, Tauchman was stuck in a 3-32 slump. Boy does he know how to break a slump in style!

One injury concern: Alex Dickerson was lifted for a pinch hitter in the top of the third. He was forced to leave the game due to back tightness, perhaps due to a violent swing and miss in his first at bat where he struck out.

With the 9-4 win the Giants are now 38-22, the best mark in baseball. Raise your hand if you saw this coming after 60 games this season.

I could talk a bit about Alex Wood start and his rough 6th inning but that would be boring. This was, after all, a night devoted to the bats. Remember when the starting pitching was carrying this team in April and May and the bats were quite as a mouse? Well, don’t look now but the Giants are sleeping no more.

Officially in a class of his own 👏 pic.twitter.com/ehcKbAdf9j

The Giants finish their two-game series in Arlington with an afternoon game. It is an interesting matchup with Sam Long making his first career start for the Giants against Kyle Gibson, holder of the lowest Earned Run Average in the Junior Circuit. First pitch is at 1:05 PM, Adrian Beltre time.

Correction: In yesterday’s post I incorrectly stated the game time start. My apologies if anyone was late to the game because of my error. On the commentariat my balls were promptly busted. I am recovering nicely today.