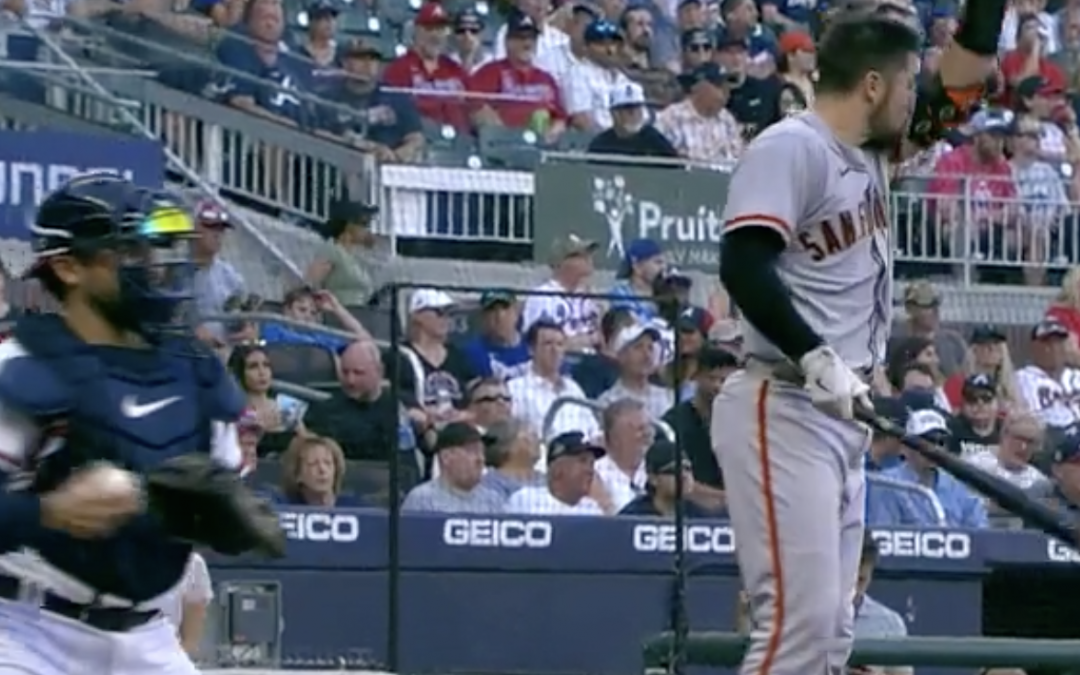 With a name like “Wynns” Austin must be used to all the bad sports puns by now.

New Giant Austin Wynns went 3-4 and drove in 4 runs in the Giants epic 12-10 victory over the Braves last night at Henry Aaron Field. The game was a roller coaster ride fro the get-up-and-go. There were four lead changes in the game. The Giants took an early 4-2 lead after two innings. In the top of the fourth they put up a four-spot only to see the Braves answer with two of their own off Anthony Desclafani. That’s all I wills say about his outing.

Joc Pederson and Wynns homered and Yaz hit a big two-run double in the top of the sixth inning to bust out of his mini slump.

Look at this beautiful swing:

Welcome back to Atlanta 👋

Yaz knocks in two of the three runners 🙌 pic.twitter.com/cpn4QT9vsx

With the win the Giants have won 8 of 11 and 14 of 22. The difference in that stretch has been the starting pitching. But on this night it was the bats responsible for the W.