Giants Complete 6-3 Homestand With Loss Against the Royals (Translation: The Sky Is Falling) 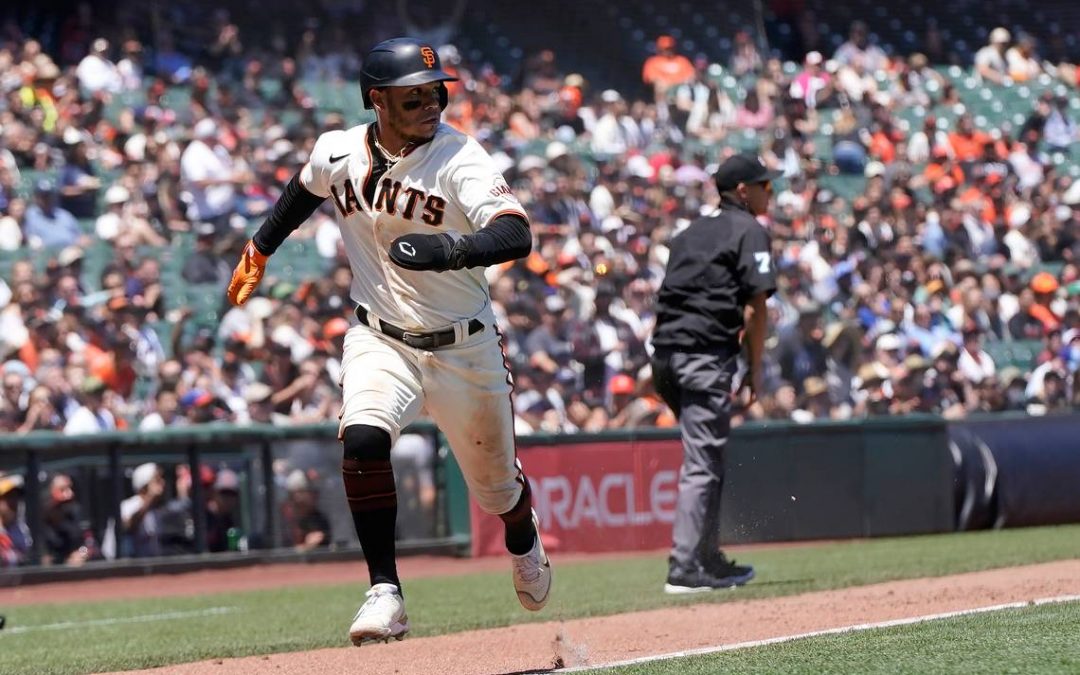 You Will Take a 6-3 Homestand Every Time, Whether You Like It or Not

Ok, so the Giants lost yesterday, taking 2-3 against a very bad Royals team with pitchers holding ERAs in the 9s and batters not batting well. The Royals are rebuilding. This is not your 2015 Kansas City Club by any stretch. Yesterday’s exasperating 3-2 loss means the Giants ended the homestand against the Rox, the Bums and KC with a record of 6-3. I will take that every time. So will you. It doesn’t matter how the games are won. It does matter who the Giants beat and let me tell you right now: The fact that the Giants spanked the Dodgers for three games means a lot in the grand psychological scheme of things. Let’s imagine for a moment that the Giants had swept the Royals and the Rockies but got swept by the Dodgers. Would you prefer that result?

Yesterday the Giants were done in by a two-run error by Brandon Crawford and simply a lack of hitting on a day when the Giants bullpen was the starter, middle relief and closer. It was an all hands on deck game from the pitching point of view, part of the Kapler-Zaidi philosophy of rest for the regular starting rotation. It’s also a bit of a gamble: That the Giant bats can make up for whatever deficiency the pitchers allow. Bruce Bochy used to do this type of thing on getaway games in a different way, by trotting out his B-team.

Frustration for the Hitters

This was a bit of an infuriating game with Heasly, Garrett, Clark, Cuas, and Barlow, the Royals pitchers in the game, collectively averaging an ERA around 4.5. It’s no big deal. The Giants did not hit them well. It happens. After falling behind 2-0 the San Francisco Baeseball Club Limited saw Brandon Belt hit a long home run and score another on a sacrifice fly by Curt Casali in the bottom of the fourth inning. Suddenly it was 2-2. For some reason these two teams like playing low scoring pitcher’s duel type games. It’s fun.

The Belt Homer was a Monster Mash, a Big Boy’s Homer, A… well,  you get the idea:

The Royals would take the lead on a Whit Merrifield sacrifice fly in the top of the 8th inning and that was it.

Luis Gonazlez recorded another outfield assist. The man has a cannon for an arm.

If only something had happened yesterday to warn you about Luis’ arm… 🧐 pic.twitter.com/NNjZ44NiNA

Too bad it was a rough game for Crawford but this day saw him play his 1,500th game as a Giant. The Bay Area native became the fifth player in the San Francisco era to play at least 1,500 games with the Giants, joining Willie McCovey, Willie Mays, Barry Bonds and Jim Davenport.

“It’s a pretty short list and those are great players. So definitely really cool to be on that list with them.”

Who Are These Giants?

It’s a long season Giants fans. With Walker Buehler probably out for the season, the Dodgers suddenly got a lot more vulnerable. The Dodgers won last night but they are by no means untouchable anymore. The Giants, with the loss yesterday are now 4 games behind them, in third place. With this long season full of twists and turns, it’s too soon to write off our boys. Now, that does not mean we cannot hem and haw about the line up and roster construction.

Farhan Zaidi made a calculated gamble at the start of the season with the catching situation. Joey Bart flamed out and that gamble did not pay off. He made another gamble by not signing a big hitting right hander. So far, that gamble is not paying off either. Throw in the slooooow start by Brandon Crawford offensively, the injuries to Belt and Wade and you get a team that does not appear to be good enough to be 35-27, the Giants current record. Honestly, I think the Giants are in good shape considering all these factors. Credit must be given to Gabe Kapler and his staff for their stewardship through waters choppy enough to make San Francisco Bay jealous.  It would be fan arrogance, greed and an unwillingness to embrace reality to think this team should have a better record at this point of the season considering all of the above factors.

Does that mean I am happy rooting for the San Francisco A’s? No. I am not. I wan the San Francisco Giants. I want a juggernaut. I want better options with the pipeline talent. I want some big name hitters in the primes of their careers. I want my team to intimidate opponents. Sooooo, we shall see what Zaidi and co. have up their sleeves in terms of trade deadline acquisitions. What he and they do or do not do will tell you much about how they feel about this team.