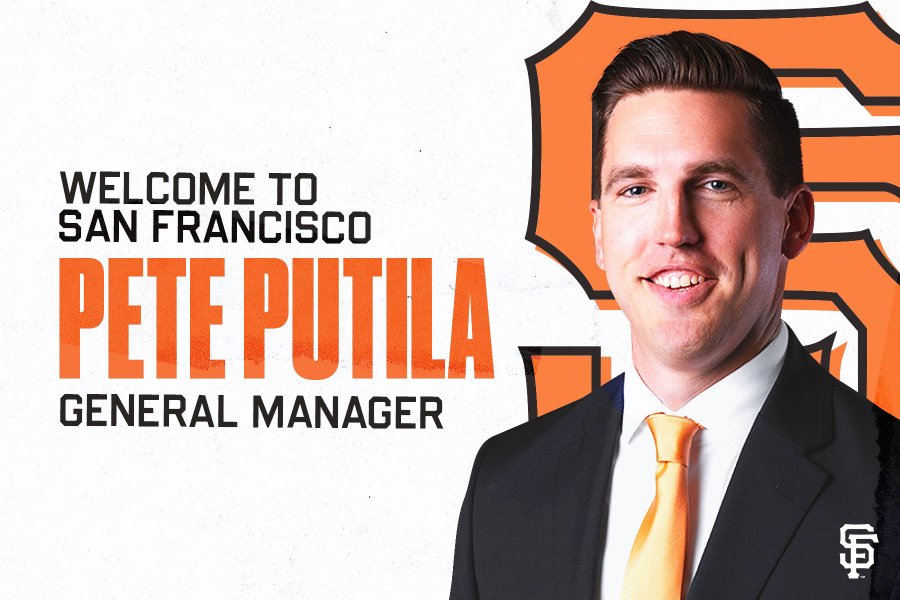 Yesterday the Giants announced the hiring of Pete Putila as their new “General Manager.” Why do I put that title in quotations? Because, the reality is his role is more like assistant GM to Fahan Zaidi’s actual GM position, though their titles are difference.

How big an impact Mr. Putila will have on the Giants is as yet unclear.

What we do know is that Putila was the Video Replay Coordinator for the Houston Astros in 2014 and 2015. This does not mean he was part of the cheating orchestrations going on with the Astros at the time. It does look bad, however. He was later promoted to director of player development in 2016 and then to assistant General Manager. Putila was GM for a short moment before the 2020 season when the Astros canned Brandon Taubman and underwent another purge after Taubman made disparaging remarks towards women journalists.

Here is Farhan Zaidi on the hire, per MLB.com:

“One of the things that really excited us about Pete is the fact that he has an extensive background in player development,” Zaidi said during a Zoom call with reporters on Monday night. “That doesn’t necessarily mean that you’re limiting the scope to the Minor Leagues. We’ve talked a lot over the last couple of years about how much we value continued player development through and including the Major League level and think players can continue to improve. That’s really been a point of emphasis throughout Pete’s very successful career with the Astros.”

Here is Andrew Baggarly on the hiring and the cloud of controversy that was the Astros organization:

“Even if Putila did not create or contribute to that toxic and insular culture, he spent his entire baseball career working in its midst. So at times like these, it’s worth asking: Why do some people get the benefit of the doubt?”

It’s a fair question and one wonders about the wisdom behind the decision. Couldn’t Zaidi find other worthy candidates from an organization without the “ick” factor that the Astros have? This is, as Baggarly points out in his Athletic column on the hire, the second time Zaidi has made a big hire with a candidate coming from controversy and organizational stink. You may recall the Kapler situation when he was Director of Player Development for the Dodgers. It was ugly.

Right now, with the Giants being boring, old, and cheap, I’m just not excited about this hire, nothing personal Mr. Putila.

Read the comments on the Baggarly article if you want an idea on public opinion regarding this hire. They are very illuminating.