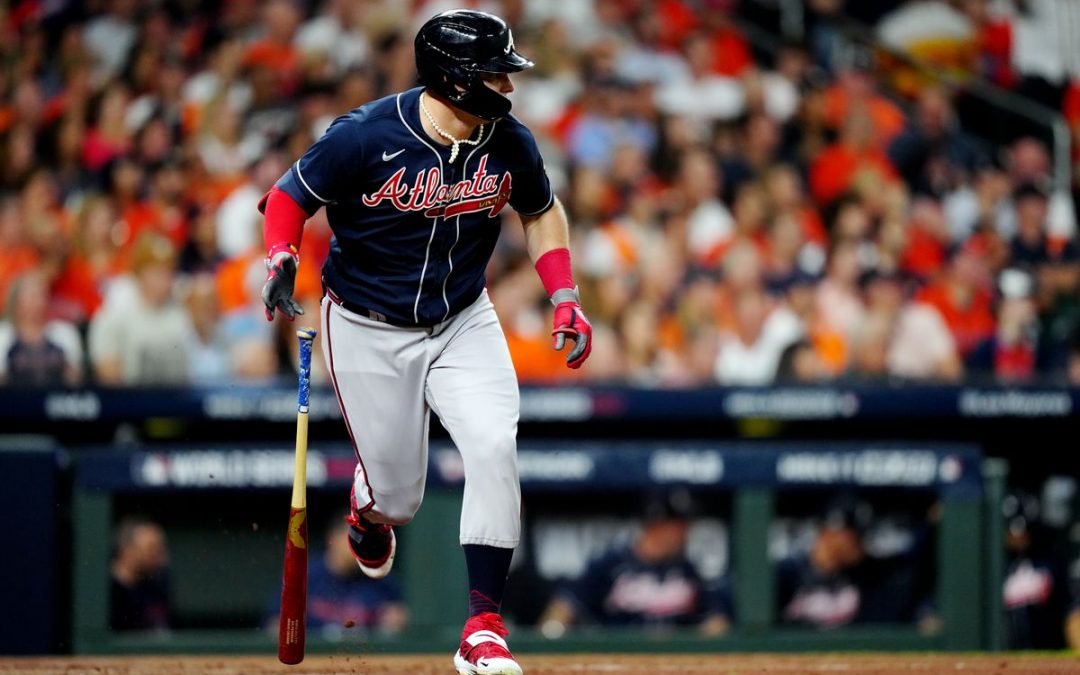 There you have it. It’s all in the headline. The Joc Pederson deal is for one year and $6 million, pretty low-risk for a possibly very high return. What the headline doesn’t say is who did sign Freddie Freeman and the answer to that my friends is the team in the southland that we all love to hate. This means the Bums go an all-world talent in all phases of the game (I’m still shaking my head that the Braves let him go and gave up a ton of prospects in the process) and the Giants added a power bat presumably for DH and to fill in for outfield duty from time. Aside from the pearls, Greek Giant thinks the Pederson addition will be a good one. It does not mean Zaidi is finished adding to this year’s teams and it has become obvious now how blockbuster deal-averse the Giant Head Kahuna is.

“For us, the move at the deadline was really about pushing chips in with this team … I’m sure we’ll have conversations there, but he’s going to have a long line of suitors.” Some thoughts on Kris Bryant, who was always headed elsewhere: https://t.co/HeCfbufNoh

With Kris Bryant signing with the Rockies for seven years and $182 million in a deal that makes no sense for Colorado; and Seiya Suzuki signing with the Cubs, two big right-handed power bats are off the table for our boys from San Francisco. The Suzuki deal is worth a little less than $100 million for five years and makes a big statement for the Chicagoans who are rebuilding very quickly.

Nuance! On one hand, the Giants signed 4 SPs to multiyear contracts. They’ve committed more $ this winter than all but a handful of teams. They also could spend ~$80 million more and be under the CBT. When is being disciplined being cheap, and when is it just being disciplined? https://t.co/8veJ54Pu7A

I would have been thoroughly impressed had Zaidi signed Freeman, to this day one of my favorite ballplayers and a fantastic performer in the postseason.

Alas, I can still dream of Carlos Correa.

Let’s say for a minute we Giants fans agree with the fiscal conservative approach of Farhan. Let’s say for a while that in his hands the team and the franchise are performing at an elite level both at the big club and Minor League stage. Let’s continue the argument that it’s OK to build from within make small, less risky free agent acquisitions a la Carlos Rondon and Joc Pederson.

Here is the problem with that: While the Giants are making financially prudent and incremental improvements on their roster the Bums and the Padres are outdoing everyone else for big acquisitions and getting stronger and stronger. Granted, rosters mean nothing till you get on the field and play a full season. See the 2021 Padres for an example.

With Kyle Schwarber signing with the Phillies, another NL team in aggressive mode, the Giants remaining options for punch at DH were down to Pederson and a righty bat yet to be determined and maybe not-to-be-acquired this season.

MLB Trade Rumors has the Giants signing Lefty hurler Matt Boyd to a one-year deal. This acquisition is not yet confirmed.

Major League Baseball is adding a ton of double-headers like the good ole days to make up for the two weeks missed at the start of the season. The Giants will have a double-header on April 21st in New York against the Mets; and Saturday June 4 against the Marlins in Miami.

The Giants will open the season on Friday April 8 against the Marlins for a three-game series in San Francisco. It will be the first time in many moons our boys open the season at home. The Giants will end the regular season with three games in San Diego. In between there will be many games and fewer off days which means starting pitching depth will be a factor even more important for this year.

Here’s something to cheer everyone up: